It looks like we’ll have to wait another week to get the whole shebang, but The Hunger Games threw fans a bone by dropping an intense 14-second teaser trailer today. Here’s what we’ve deduced from the dizzying snippet. 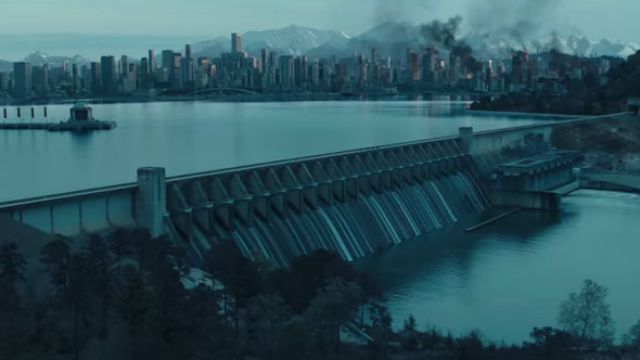 At the end of Mockingjay 1, District 12 was left in ruins by a bomb. How many more districts will be destroyed in Mockingjay 2? Or will it just be the Capitol left in smoldering piles of rubble? One thing is certain: The rebellion is sure to leave smoke, ashes and suffering in its wake. Such are the spoils of war, we suppose.

2. Katniss will embrace her role as a unifier 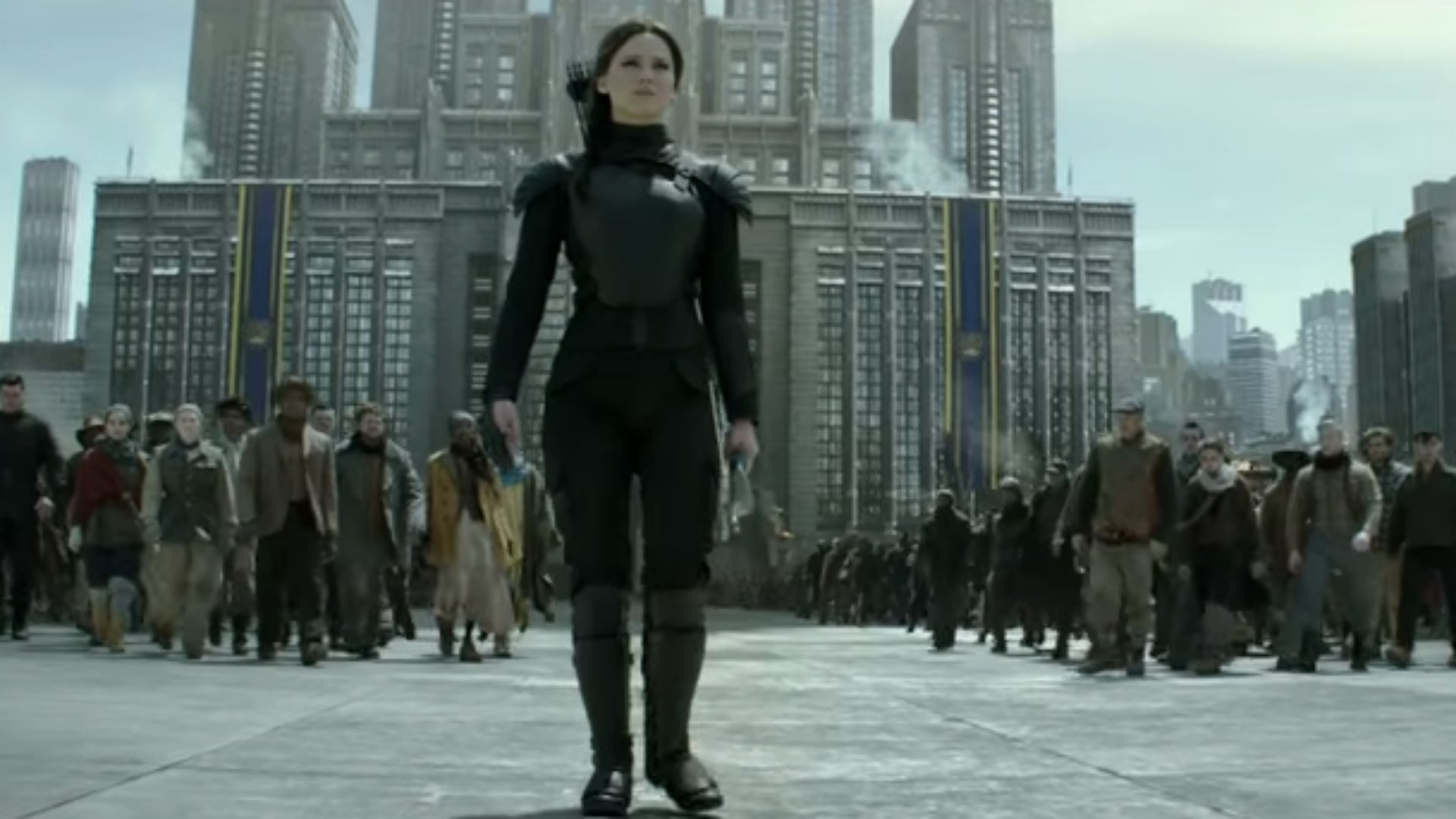 Throughout the Hunger Games franchise, Katniss has been a reluctant hero. She didn’t want to be the face of the rebellion — she never set out to be the Mockingjay. But seeing Katniss march on the Capital with a diverse crowd in tow goes to show that perhaps she hit her threshold and truly became the symbol others tried to manufacture her to be.

3. It will be difficult to tell who is the enemy 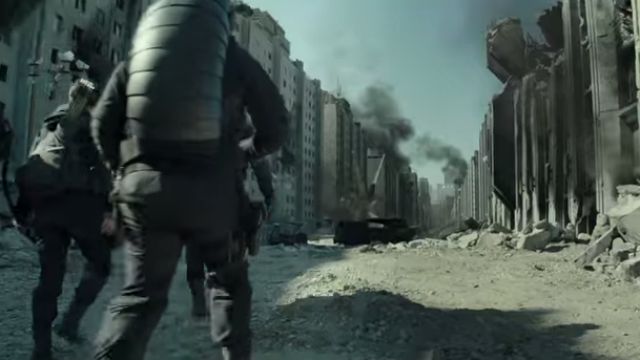 Per the norm, Mockingjay 2 will follow the other films and keep us guessing from start to finish. But not only will some allies turn out to be enemies and vice versa. We expect that — by the film’s end — it will be difficult to distinguish whether the good guys can really be considered good. Death and destruction in the pursuit of freedom is still death and destruction, no? Difficult decisions will have to be made, and those decisions will likely toe the line between morally just and unmerited.

4. President Snow will be up to his same old tricks (or worse) 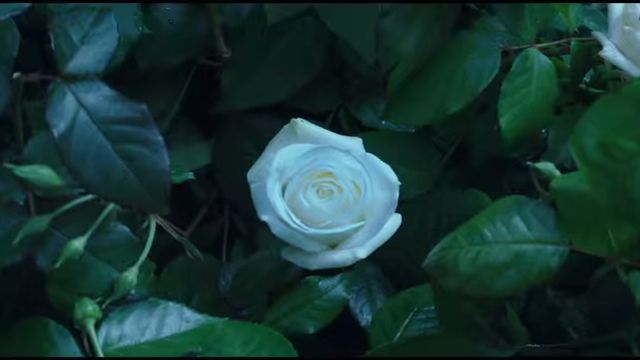 Katniss gazes upon a white rose in full bloom during one scene, which we know to essentially be Snow’s overly fragrant agents of psychological torment. Because Katniss looks on this one in such abject disgust, we know Snow is still alive at this point and still playing severe mind games. Based on the trailers released so far, in fact, he appears to be the single-minded focus of Katniss’ wrath.

5. There will be close calls, and not all of the major players will survive 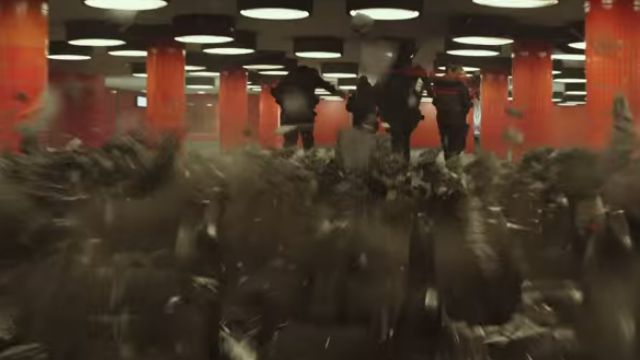 Katniss and several companions flee from some rapidly approaching danger — mud? boulders? creatures? — in this scene, and it looks to be right on their heels. Doing the math, there are bound to be massive losses in Mockingjay 2, as the losses in Mockingjay 1 didn’t include many central characters. At the very least, we fear poor, sweet Prim may be a casualty of war. Surely Peeta will survive, but is Gale safe? The movie could follow the book true to form, but it seems safe to assume there will also be deviations. And those deviations could be deadly. 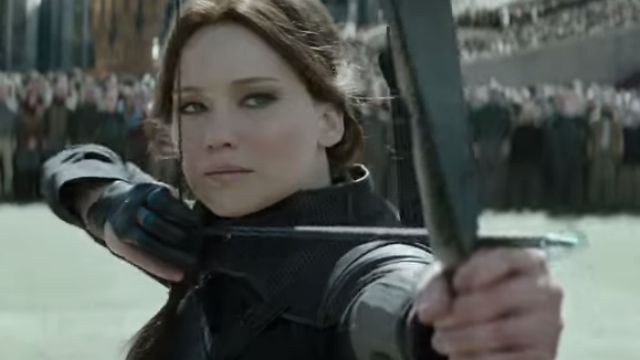 No, perhaps not in the physical sense. Ultimately, we imagine she will take out President Snow, President Coin or perhaps even both. But Katniss’ face in this clip is filled with sadness and rage. While we never expected her ending to be super upbeat, we were kind of hoping she’d get the blockbuster movie treatment and find happiness or, at the very least, contentment in the end. Rather, even though she accomplished what she set out to do, Katniss may live out her days as a broken soul in District 12.

More: Test your Mockingjay knowledge with this book vs. movie quiz

Check out the full teaser below, and let us know what you think!