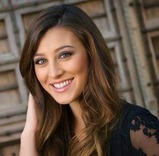 After catching up with Johanna Braddy from the new Lifetime show UnREAL and the ABC series Quantico, which will debut this September, it seems that she has learned a lot from filming these shows. UnREAL is a dark comedy/drama series about the inner workings of a reality dating show called “Everlasting.” And Quantico is a thriller series following the lives of FBI recruits as they struggle through training in Quantico, Virginia.

More: UnREAL will make you never, ever want to go on The Bachelor

Although these two series are incredibly different, Braddy was able to gain some unique perspective on the pressures women face in all types of situations. Filming a show about the behind-the-scenes of a reality show taught Braddy just how misrepresented a woman can be. Braddy’s character, Anna, experienced this manipulation firsthand, giving Braddy insight into what happens to so many women on these shows.

SheKnows: Was it empowering getting to reveal what this industry is really like?

Johanna Braddy: Yeah, I think it’s something the world needs to see. Reality shows are everywhere… and for years the public has no idea there’s so much manipulation. I mean, I didn’t. I learned so much just from reading the first episode. I think it’s really something that needs a lot of light shed on it. I find that a lot of people will pre-judge a lot of the characters when we really don’t even know what the whole story is. So much of it is editing of who they’re making look like a bad person.

SK: Do you have more sympathy or understanding for women on these shows now?

JB: I watched one season of The Bachelor and found myself kind of disliking the person they villainize and then after reading the episode where they did that to my character, I was like, “Oh, my gosh, we have no clue what’s really going on in this woman’s life. She could be the kindest person and we have no idea.” But I also don’t understand why anyone would sign up for these shows.

SK: Dating shows like this are often said to be solely based off looks. How do you think this affects the women competing for love and the women watching at home?

JB: I think there’s way too much priority put on looks these days for women. But I hope people realize it’s all fake. Hair, makeup, lighting and Photoshop only do so much… the right guy is going to love what’s inside and not just what’s outside. And if you do get with someone just because of their looks, it just puts a pressure on the relationship in the future and brings a whole other bucket of insecurities. Focus on the inside and being a good person and loving other people. That’s key, too — not getting so self-involved. 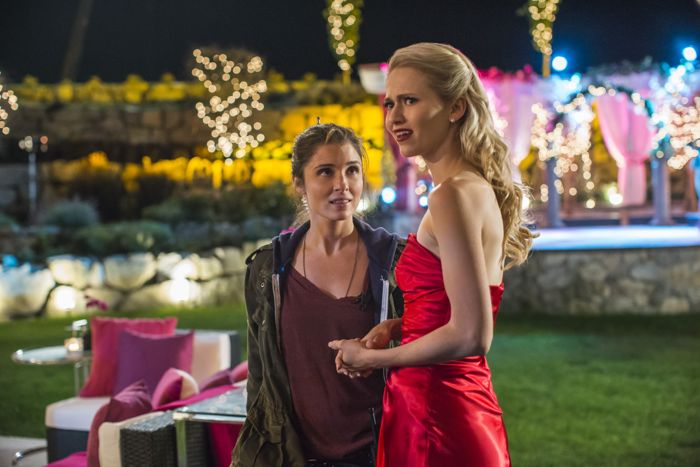 Filming Quantico, Braddy was able to experience how women are sometimes underestimated and overlooked, especially in a setting like an FBI training camp. Braddy’s character in Quantico, Shelby, is much different from Anna and much more suited to Braddy’s personality, in her opinion. Having grown up in the South around guns and the outdoors, Braddy believes she fits the character of Shelby perfectly.

SK: Did you have trouble proving yourself as someone who could play such a tough character?

JB: I think that’s why I fit this character. That’s kind of the whole deal with Shelby. Completely underestimated. She’s this Southern debutante and people assume she’s not going to be successful based on her looks. I think I definitely fit her character.

SK: Did filming Quantico give you a newfound respect for female recruits?

JB: Oh, my gosh, yeah. We got to work with federal agents every day. It’s a crazy process for women, proving themselves every day. In this community, they don’t have makeup or anything. It’s exposing. They’re stripped down to the basics and thrown into these challenges with men. There are frustrating different physical expectations. In the pilot episode, one of the characters wanted to do the men’s physical fitness test, so we showed some of that.

More: Past Bachelor contestants weigh in on UnREAL 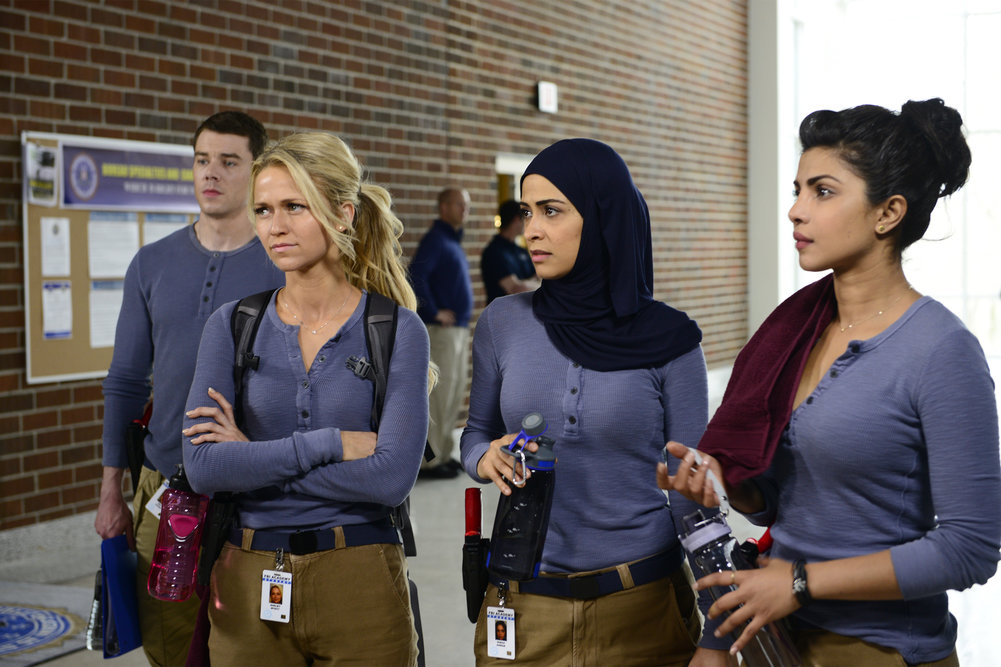 Whether you’re fighting for a man’s heart or fighting to be a federal agent, it seems that women can face challenges and disadvantages in any competitive atmosphere. Knowing now what goes into both, Braddy feels confident about which obstacles she would rather face.

SK: In both shows there’s an element of competition — people being voted off one by one. How do the two differ, and how are they similar?

JB: Similar in the sense that you’re fighting for your life. In UnREAL it’s more personal because it’s not about career or abilities; it’s who you are as a person and how you affect this one man. It’s way more exposing why you’d get eliminated. Quantico is survival of the fittest. Not about personality but skill set.

SK: So which competition would you rather be in?

JB: FBI for sure! No way would I ever want to be on one of those dating shows. Also, I’ve always wanted to be an FBI agent. It’s my dream job. I was an FBI agent for Halloween last year and my friends made me a fake badge. It was awesome.