Trainwreck has two comedic powerhouses behind it: director Judd Apatow, who basically invented the R-rated comedy, and screenwriter and actress Amy Schumer, who’s known for her ultra-modern attitude about sex. While it sounds like a perfect match, Schumer said it didn’t exactly go down that way. 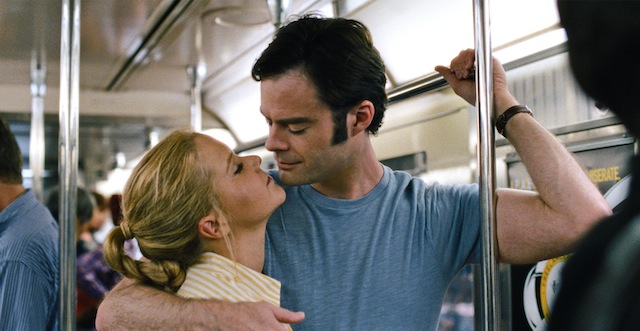 If you’ve ever seen Amy Schumer’s TV show, Inside Amy Schumer, on Comedy Central, you know the writer/actress isn’t afraid to riff on embarrassing sexual experiences. The comedienne is able to “go there” because she’s not afraid of revealing those parts of her own life that most of us would want to forget about. Not Amy. Her stand-up routines are full of revealing moments explaining what it’s really like to date and hook up in the modern world.

More: Trainwreck: The crazy scenes fans will never get to see

Director Judd Apatow, known for such hilarious movies as The 40-Year-Old Virgin and Knocked Up, has made his career branding rom-coms with an R rating. So on the outside, its seems these two are a match made in hilarious heaven, right? Not so much. In our interview with Amy Schumer, she revealed something about Apatow that totally surprised us.

When we asked her if there were any scenes that got cut from the movie, Schumer told us about a scene where she and Aaron (Bill Hader) get drunk and go to a club. Of course, the two started making out in front of the camera, but Apatow had to stop them. 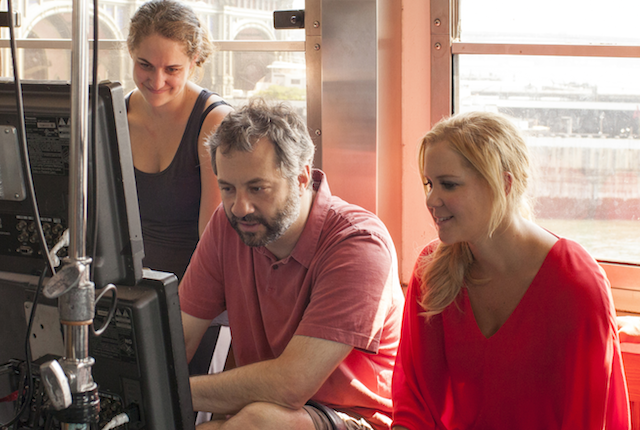 While Schumer and Hader thought they were just being funny, Apatow asked, “What is this, 9 1/2 Weeks?” Clearly, the pair were taking things a little too far. If you haven’t seen 9 1/2 Weeks, it’s a sexually adventurous film from 1986 that stars Mickey Rourke and Kim Basinger, involving blindfolds, ice cubes and an obsessive, controlling sexual relationship. Sound like Fifty Shades of Grey? Of course it does — only this film was made 30 years earlier.

So, while neither Schumer nor Hader revealed exactly what outlandish things they were doing while swapping spit, we can only guess it had something to do with spanking or some type of strange sex game. Was it funny, awkward or both? Was it just too racy, to the point of raunchy? Was it disgusting? Did it involve medical instruments, considering Hader plays a surgeon and is clearly channeling his inner Dr. Oz in the film?

Then Schumer revealed that Apatow is “uncomfortable with sexual content.” Really? We were surprised to hear her say this because so many of Apatow’s films involve sexual content. We can only guess that Schumer and Hader’s make-out session went too far with carnal shenanigans.

But that’s what Amy does — she takes the accepted sexual attitude for women and pushes it to the limit. In Trainwreck, we see her character have a slew of one-night stands, use guys for sex and completely eschew monogamy. Basically, she does what every typical man does in nearly every rom-com we’ve ever seen.

And that’s why we love Amy Schumer. Perhaps we’ll never know what exactly ruffled Judd Apatow’s feathers while shooting this scene, but if there is a movie god, the footage will make it to the DVD. 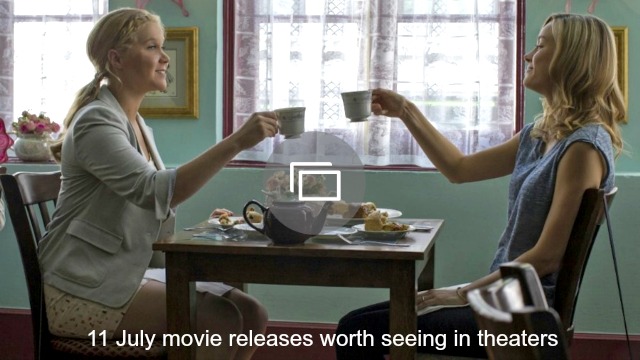