No matter how body-positive you are, how comfortable you are in your own skin or how much you just don’t care what other people think about how you look, there will be moments when you feel vulnerable or somehow inadequate about something regarding your looks.

And that rang true for ultra-body-positive Lena Dunham recently.

Add latent insecurities into the pot with the fact that you are standing on stage with literal supermodels and it’s a recipe for feeling bad about yourself.

The Girls creator spoke Monday night to the Film Society of Lincoln Center and admitted that she felt she didn’t quite measure up to her other gal pals when she appeared on stage during Taylor Swift’s New Jersey performance.

Also up on stage with her were Lily Aldridge, Gigi Hadid and Hailee Steinfeld. 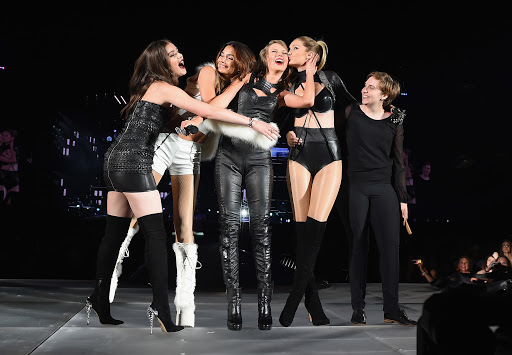 Dunham said, “I’ve been feeling pretty tall, feeling pretty sturdy, and it was amazing to me, like, ‘Oh, I’m not tall, I’m chubby.’ It’s different. But I mean, on most days, I feel really great and fine about my body, but I don’t think standing next to, like, three supermodels or so is anything even the most confident woman needs to do.”

Poor Lena didn’t stand a chance wearing flats and only topping out at 5’3″, while Taylor Swift alone stands 5’10” and then you add in the heels. Those statuesque models are maxing at 6’5″ easy. 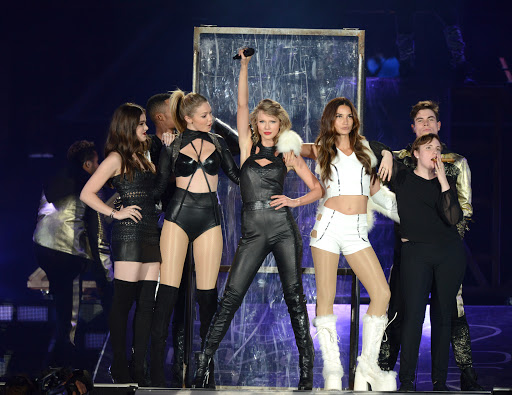 Dunham realized she looked slightly out of place when she caught a glimpse of herself on the stage on the Jumbotron. She said, “When I socialize with those women, which I’ve done a little bit, because they’re good friends of Taylor’s, who is a good friend of mine, I don’t feel so strange. But the minute I caught sight of myself in the Jumbotron, I knew something was very wrong.”

More: Lena Dunham’s outspoken opinions can now be found in your inbox

We love Lena for telling it like it is, as she always does, and we’re right there with her. No matter who you are or how confident you are in your body, there will be times when you feel as if you don’t measure up for whatever reason. Of course, we want her and all other women to know you’re all beautiful and it is our differences that make us all amazing, no matter if you’re tall, short, “chubby” or thin!