The O.C. musical is officially on, folks, and as it’s late-August debut gets closer, additional details are emerging and we’re getting more excited.

The unauthorized musical was announced in June and we’ve basically been hanging on to the every word of the show’s Twitter account ever since.

Will Ryan Atwood have a super-sweet pool house to live in? Will Seth and Summer’s playful banter and chemistry explode off the stage? Will Marissa hook up with a bar manager as hot as Olivia Wilde? Will Kirsten end up in rehab after drinking her weight in Chardonnay? And most importantly, is it too much to ask that Chris Pratt reprises his role as naked Che?

Alas, Pratt has moved on to a blockbusting movie career, which most likely leaves little time for cameos in unauthorized musicals, but don’t fret, there’s plenty of other things to be excited about. Here’s what we know so far.

1. Greer Grammer will star as Summer

"Who gets passed by a van full of nuns?" @Greer_Grammer is Summer Roberts in #OCMusical! pic.twitter.com/JY0ma0f4dT

Grammer, who is the daughter of Kelsey Grammer and Camille Grammer, will take over as Seth Cohen’s better half. You might recognize Greer from MTV’s Awkward.

Robinson, aka Lucas on Pretty Little Liars, seems like the perfect choice to play up Cohen’s lovable geekiness.

"You know what I like about rich kids?" @TilkyJones is Ryan Atwood in the #OCMusical! pic.twitter.com/5Onw3mtFhq

Jones seems like a brooding rocker in real life, so we’re pretty sure he’ll nail the part of the brooding O.C. bad boy. 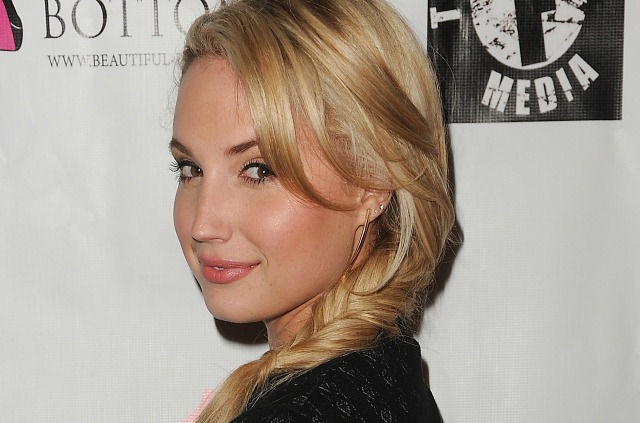 McCook is cast as the tragic beauty and she definitely has the look down. The actress was also in the Cruel Intentions musical, so we’re confident she’s got this on lock.

More: Duck Dynasty the musical is actually going to be a thing

5. Autumn Reeser is back!

Reeser was awesome as over-achieving goody two-shoes, Taylor Townsend, but she’s all set to portray the role of Julie Cooper in the musical. Julie is a far departure from Taylor, but judging by Reeser’s vampy turn as Lizzie Grant on Entourage, we have total faith that she will do Julie justice. Interesting side note: Melinda Clarke, who played the original Julie Cooper, was on Entourage the same seasons as Reeser, playing an alternate version of herself.

6. It’s a labor of love for the co-creators

“We both really loved the television show. It’s the voice of our generation,” said co-creator Jordan Ross of his work on the production with Lindsey Rosin, according to Entertainment Weekly. “The Unauthorized O.C. Musical comes from the fact that we just love this television show as much as everybody else does.”

7. The musical focuses on the pilot

In order to compensate for some of the legendary scenes that didn’t make the musical, Ross and Rosin included some of our favorite music instead. “We use music from all four seasons,” revealed Ross. “So even if that music moment that you loved in the series isn’t in the show, you’re going to feel it. A really good example is ‘Champagne Supernova.’ So you’re not going to see the upside-down Spider-Man kiss because we’re not doing that scene, but you will feel that moment between Seth and Summer; it’s sung by Seth and Summer, so you’re going to get it.”

OK, so it’s a little bit disappointing there’s no upside-down Spider-Man kiss, but our excitement is still in high gear. Tickets for The Unauthorized O.C. Musical go on sale at the end of July.