Masters of Sex Season 3 is delving deep into the ’60s. Yes, Mad Men fans, that means it is time for you to dive into the show that’s all about being on the forefront of the sexual revolution.

Mad Men took viewers through the ’60s with vibrant and, at times, maddeningly poetic storytelling. When Don Draper sat meditating, thinking up the most infamous ad of all time in the final shot of the series, it truly was the closing of one of TV’s greatest chapters. It can feel like nothing will ever fill the void left behind — but there is another period drama firing on all emotional cylinders over on Showtime, and that drama is Masters of Sex.

More: Masters of Sex creator talks repressed ’50s, how she fell for Masters and Johnson and more

Now entering its third season, Masters of Sex is leaving the repressed ’50s behind and bringing sex researchers William Masters and Virginia Johnson into the thick of the sexual revolution. The first episode back brings this bold new world into sharp focus. Where once William and Virginia were viewed as deviants, they are now hailed as visionaries. While the public is busy embracing their work, their private lives have become infinitely more complicated.

Nowhere is this more evident than in the relationship between Virginia and William’s wife, Libby. As Libby tells Virginia, “I think we understand each other more than either of us understands Bill.” The two women in William’s life have formed a kinship with each other. Their complex inner lives are just as rich as Peggy’s, Joan’s and Betty’s ever were. They both love the same man, but it is not William who defines them.

If you need a specific scene to get you hooked, look no further than Virginia and Libby’s intimate talk as they lie side by side in bed on a joint family vacation. William has exiled himself to the yard rather than sleep with his wife, but Libby crawls in with Virginia and bravely, unabashedly confesses that she is taking anxiety medication to cope with her strained marriage, the shifting world around her and because she is tired of everything. She only asks Virginia to allow William to stay married to her for the sake of the children and nothing more. Then she kisses Virginia just to know what it feels like.

More: It took seven seasons, but Mad Men finally did right by Betty

It is a breathtaking moment between two women who society dictates should hate each other, but they don’t. They have found themselves in a strange situation, but first and foremost they are mothers, friends and women. Virginia is fighting for respect in her field, and it is Libby who supports her need to go back to school. The ’60s bring a new culture for the series to explore, but the need for women to prove themselves in every aspect of their lives remains the same.

In some ways, Masters of Sex surpasses Mad Men in terms of its female characters. There is an intimacy to the way the series allows the viewer to see this era through the eyes of Libby and Virginia (and the wonderful secretary, Betty). Now that Masters of Sex has leaped ahead in time, Virginia’s daughter is also on hand to illustrate what it was like to be 15 and on the forefront of not only the sexual revolution but the second-wave feminist movement.

Masters of Sex is about liberation even as the movement is spearheaded by William, one of the most remarkably emotionally repressed characters on TV. He is cold and distant, passionate about his work and little else. He is an absent father and husband, but he is present as a lover and a researcher. He’s no Don Draper, but that’s fine.

Masters of Sex doesn’t need to bother replicating Mad Men. We have seen the ’60s through the eyes of ad executives struggling to adapt to an ever-changing world. Now it is time to watch the people responsible for part of that upheaval, to watch how they move forward in the brave new world they unleashed. “We are the sexual revolution,” William declares, and he’s right.

More: Check out the series premiere review if you need more reasons to catch up with Masters of Sex

It is never too late to jump into Masters of Sex. If the Mad Men ache is getting to you, then you owe it to yourself to try this series. It’s fearless, intricate and unabashed in its depictions of sex and all that comes along with it. You’ve seen the ’60s from the top of a Manhattan skyscraper. Now take a look at it through the eyes of two researchers who spent the preceding decade prepping the world for its radical new beginning. 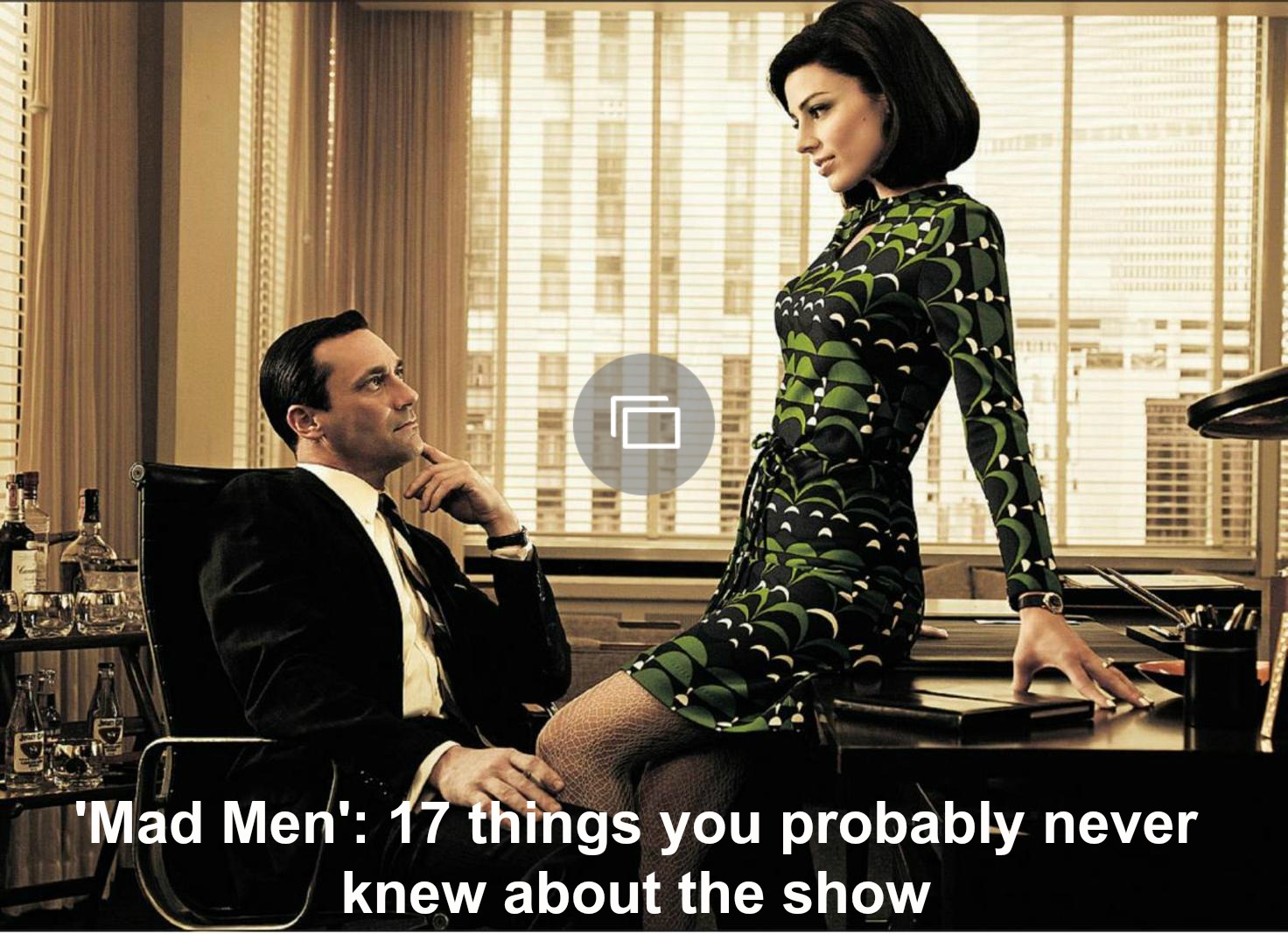