Get ready to fall in love with a new fantasy series. MTV’s The Shannara Chronicles trailer is going to take your breath away.

The coolest trailer to come out of Comic-Con so far is for an MTV series based on a book series I’ve never heard of. The series is called The Shannara Chronicles and it is based on a popular fantasy trilogy written by prolific author Terry Brooks. This is high fantasy… post-apocalyptic high fantasy, in fact, and even though Brooks told Entertainment Weekly he doesn’t want it compared to Game of Thrones (his books were designed for anyone aged 10 and up to read and enjoy), in terms of visuals and scope, that’s the closest comparison I can make.

However, it also looks entirely new in many ways. Its young protagonists are running across gorgeous landscapes, facing nightmarish monsters and dodging real danger along the way. It is visually stunning, so much so that one of its stars admits there was one set that made her cry the first time she saw it. But what is The Shannara Chronicles about?

After some research, I think I have a decent idea. Like with all fantasy worlds, the characters inhabit a vast landscape that’s full of strange names that will eventually sound normal to us, but I think I’ve got the gist. Consider this your primer so you can get as psyched as I am about this strange and beautiful new series coming in 2016.

1. There are three books, but the series is adapted from the second one, The Elfstones of Shannara

Although it is billed as a trilogy, each of the three books in The Shannara Chronicles tells a different story with different characters. The second book is the most popular and the most cinematically pleasing. It’s a straight-up adventure tale and it’s primary protagonist is a teen named Wil Ohmsford. The story is set in The Four Lands where a group of young people led by Wil will set off on a journey to replace their dying Ellcrys tree with a new one. If they fail, there will be no protection for the Elven Nation against the invading demons.

Got all that? No? Don’t worry, I’m sure it will make more sense on the screen.

2. It’s more The Lord of the Rings than Game of Thrones

Just like The Lord of the Rings, The Shannara Chronicles is filmed in New Zealand. It also features many of the same set designers. Those breathtaking trees and Tolkien-esque visuals are not an accident is what I’m saying.

The show is not going to be filled with the massive amounts of death and torture found on Game of Thrones. However, the stakes are still high. The Shannara Chronicles has a chance to tell a fantasy story without the self-imposed limits of realism that George R. R. Martin and HBO demand their series adhere to.

More: Check out the thrilling new Doctor Who Season 9 trailer

3. There are lots of cool female characters

This series is not going to be overflowing with heroic dudes while all the women stay home and knit hobbit hats. One of the reasons the second book was chosen is because, as Brooks told EW, “It’s good strong female characters, strong male characters. It’s got a love story.”

The trailer backs those statements up, thanks to its mix of action and character/world building. This sucker is expansive. It’s not just any one thing; it’s a little bit of everything, and it is the perfect fit for the MTV demo, which traditionally attracts a lot of young, female viewers.

4. Every fantasy creature you can imagine will pop up

Elves, demons, trolls, changelings, healers — they are all there, plus a myriad of other creatures. This is not a series grounded in realism — and that’s OK. Embrace the immersive nature of a completely foreign land. Remember, the books were beloved by many children in the ’80s and the series will capture that same feeling of unending imagination.

5. Jon Favreau is the executive producer

The guy who gave us the first Iron Man movie is an executive producer on the series. Do you need to know anything else?

6. It could be an anthology series

According to EW, everyone kept tight-lipped about the series’ future past Season 1 during the Comic-Con panel, but given the nature of the books, The Shannara Chronicles could be an anthology series. Each book is set in a different era of The Four Lands, so the series could follow the same format or it could continue on from The Elfstones of Shannara into uncharted territory.

More: Nathan Fillion’s love letter to The Walking Dead will hit you straight in the feelings

7. All of the plot elements are right there in the trailer

Three teens on an adventure, the demons, the Ellcrys tree (and the visual representation of it dying) — it’s all there. Now that you have a bit of background on the story, rewatch the trailer. It makes a lot more sense in context, and if you’re anything like me, it will make you even more excited to see the show. 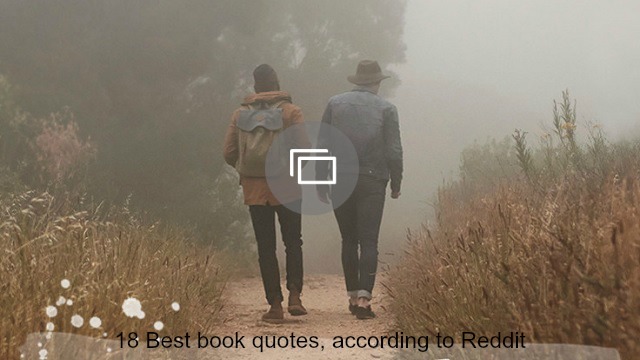