San Diego Comic-Con has officially kicked off, and between The Hunger Games panel and a surprise appearance from Bill Murray, there have already been plenty of can’t-miss moments. Here are all of the best things we’ve seen out of SDCC so far. 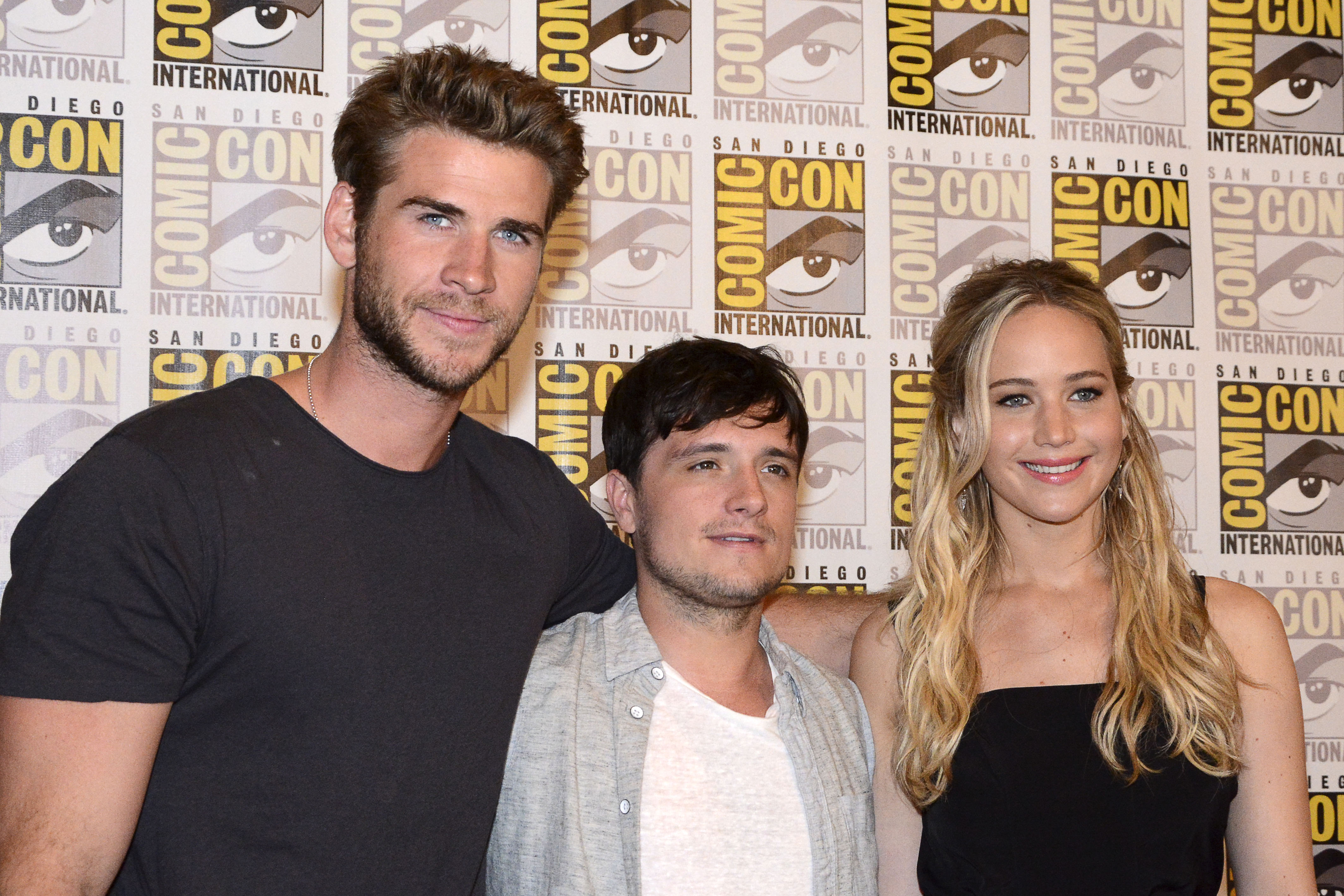 The Hunger Games crew pretty much owned the first day of Comic-Con with its awesome panel, moderated by Conan O’Brien. In addition to unveiling two new teasers from the upcoming Mockingjay Part 2, the film’s three leads — Lawrence, Liam Hemsworth and Josh Hutcherson — hammed it up for the crowd. Lawrence was, of course, in top goofball form. When asked about the similarities between her and her character, Katniss Everdeen, she quickly quipped, “Nothing about us is similar. She’s brave and I’m an actress.”

The notoriously elusive actor made a surprise appearance at Comic-Con to talk about his starring role in the upcoming new film Rock the Kasbah. Murray showed up with a bandana wrapped around his head, in character as rock promoter Richie Lanz. As if that wasn’t enough, he also professed his love for Miley Cyrus, stating, “I’m gonna say this officially: Miley Cyrus is good. I was not particularly convinced, but Miley Cyrus is really f***ing good. She can really sing.”

More: Jennifer Lawrence has conquered the wage gap with her new film

3. Speaking of Lawrence and Murray, the two finally met

What do you get when two famous goofballs cross paths? The world’s greatest photo op. When Lawrence finally met Murray for the first time, she didn’t even try to keep her cool. She completely fangirled out and later revealed to Vulture that Murray mentioned working together. All we can say is: Yes, please make that happen!

At the panel for her CBS drama, Extant, the actress confirmed that she would love to do a stand-alone film centered on her X-Men character, Storm. She also urged fans at Comic-Con to speak up if they want to see her take on the heroic role again. “Fans have to tell Fox that that’s what they want to have happen!” she said.

The hit AMC series has a history of giving fans a big scare at its annual Comic-Con booth, and the tradition continued this year. At this year’s booth, the network recreated the infamous scene from Episode 14 of Season 5, in which Noah (Tyler James Williams) meets his demise. Fans were able to enter the haunted house-like recreation — if they dared!

The Walking Dead booth wasn’t the only scary part of the show’s Comic-Con appearance. The AMC series also revealed an explosive trailer for the upcoming sixth season, leaving fans more excited than ever for its October premiere.

The sitcom writers returned to Comic-Con on Friday with a spoiler-filled panel also featuring surprise appearances from stars Kunal Nayyar (who also moderated) and Mayim Bialik. As fans will remember, the seventh season ended with its biggest cliff-hangers yet — Amy broke up with Sheldon, just as the latter was seemingly ready to propose. Next season, the show writers revealed that — spoiler alert! — we’ll find out when Sheldon bought the ring and if he was actually planning to propose.

A sizzle reel of the cast’s original auditions was screened during the panel for the hit HBO series — and it’s definitely worth a watch! Check it out above.

Fans got a long awaited look at the first trailer for Marvel’s upcoming Deadpool movie, starring Ryan Reynolds. The violent and funny footage warranted a hugely positive response from the crowd. In fact, the audience members loved it so much, they demanded a second viewing. Looks like the first “hard-R” rated superhero is already a hit.

At the end of Fox’s Comic-Con panel on Saturday night, Channing Tatum (who will soon be playing Gambit) and Stan Lee came out on stage to participate in what might have been the best superhero selfie ever. The duo and panel host Chris Hardwick joined the casts of X-Men: Apocalypse (including Jennifer Lawrence and Hugh Jackman), Deadpool and Fantastic Four for the awesome snapshot, which Hardwick posted to Instagram.

11. Harry Potter collides with Game of Thrones and Doctor Who

Maisie Williams shared a selfie on Instagram of her posing with Game of Thrones co-star Hannah Murray (who plays Gilly), Daniel Radcliffe and Doctor Who‘s Jenna Coleman. “I think this photo is gonna make the world implode,” Williams wrote. “Last night was really great #sdcc2015.” Only at Comic-Con.