Well, y’all, we did it. We read the first chapter of Go Set a Watchman, and we are 100 percent sure that our lives will never be the same.

We always knew Harper Lee was capable of changing lives. She did it once with her undeniable classic, To Kill a Mockingbird, and it looks as if she’s done it again with Go Set a Watchman. We’ve only read the first chapter thus far, but it’s brilliant and striking and picks up with Jean Louise Finch exactly where you’d expect to find her: in the South.

More: Was Harper Lee tricked out of royalties?

Not everything in Macomb is the same as we last saw it, though. No, while Watchman was initially written before Mockingbird, it actually comes later in Miss Jean Louise’s story and places her on an annual visit home to Macomb, this time at the age of 26. Her father (and a man we’ve loved almost as much as our own dads) is in his seventies and suffering from crippling arthritis. Jem’s best pal and Scout’s could-be-would-be suitor serves as his assistant/partner. Jem, however, is gone and we’re told of his absence with nothing more than one sentence.

“Just about that time, Jean Louise’s brother dropped dead in his tracks one day, and after the nightmare of that was over, Atticus, who had always thought of leaving his practice to his son, looked around for another young man,” Lee wrote.

We shouldn’t feel as badly as we do. Jem was a character in a book. He was one part Scout’s friend, one part her protector and one part her tormentor. But, because of our tendency to put ourselves in Scout’s shoes, Jem became those things to us, as well. We need more closure, but it seems unlikely. It’s not as if we can be mad at Lee. This startling fact was put in only as a footnote to the larger story of Watchman. She had no way of knowing at the time that Watchman would evolve into Mockingbird, nor that Mockingbird would become such a staple in American literature or Jem such a well-loved character. This second addition to her legacy was published without major edits because Lee is no longer capable of taking on the task. Jem’s abrupt departure from Scout’s life will forever be just as abrupt for us.

More: Everything we know about this long-awaited sequel

Of course, it’s possible more on Jem’s life and death will be brought to light upon the official release of the book. Go Set a Watchman is scheduled for release on Tuesday, and you can bet your apples we’ll have a review up as soon as possible afterward. In case you aren’t aware of Lee’s impact or her lasting legacy, take this fact into consideration: Go Set a Watchman is Amazon’s best selling pre-order since 2007’s Harry Potter and the Deathly Hallows.

You can read the first chapter of Harper Lee’s soon-to-be-classic over at The Wall Street Journal, or listen below at this sneak peek of Reese Witherspoon reading the audiobook.

More: Other banned books every kid should read 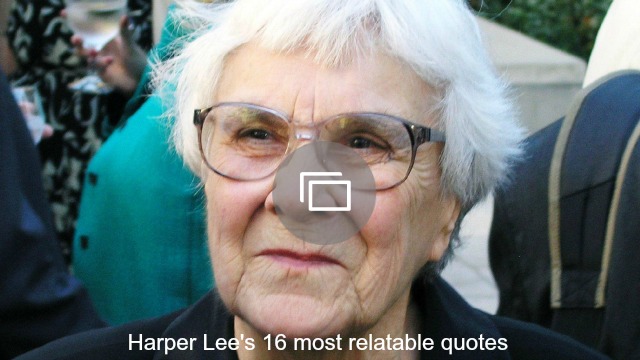