An interesting photo posted to Sam Smith’s Instagram has some fans wondering if he’s been hacked.

But what if he hasn’t?

The “Stay With Me” singer’s fans didn’t seem to know how to handle the photo he posted to Instagram today — a naked woman’s backside smashed against a glass shower door — and many of them immediately jumped to the obvious conclusion: Sam Smith has been hacked. 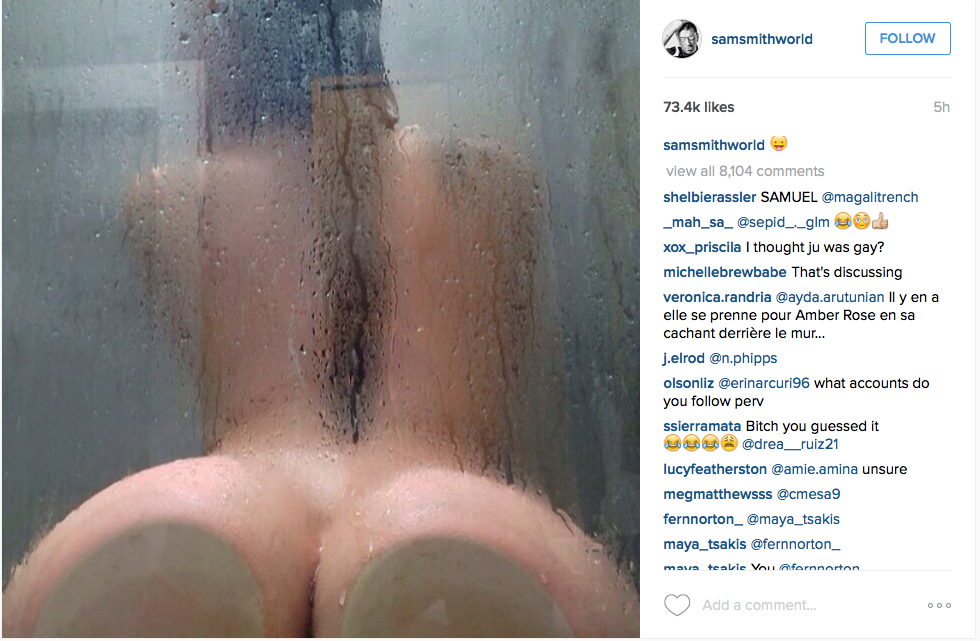 “Guys don’t assume Sam got hacked,” another posted. “Why can’t he post stuff like this? Because he’s gay? stop acting like it’s such a big deal. You’ve just never seen this side of him before. He’s 23 chill (sic).”

And we want to take that fan’s side. Maybe Sam Smith wasn’t actually hacked. In fact, we’ve rounded up three possible reasons that he might have posted that photo himself, on purpose.

1. He wants the publicity

Even a star as famous as Sam Smith has to make those dolla dolla bills, y’all. We hate to think of Sam as a fame-grabber, but the fact that this photo racked up more than 40,000 likes within hours shows that this kind of controversy is good for publicity. And for stars, publicity means bigger paychecks.

2. He can still appreciate a pretty lady

You guys, just because Sam Smith prefers men, doesn’t mean he can’t appreciate the inherent beauty of the female form, especially one as well-shaped as the backside he posted. Maybe he’s just unleashing his feminist side and letting us all know how much he loves him some lady lumps.

In a small shower, there’s not always room to bend over comfortably. That’s a #showerproblem if we’ve ever heard one. Maybe Sam Smith agrees.

Weigh in: Do you think Sam Smith was hacked? Or did he post that racy image on purpose? Head down to the comments and share your thoughts.