If you’re bored of the current season of The Bachelorette, then perhaps you might appreciate Amy Schumer’s thoughts on the show, and what it would take for her to become its next leading lady.

Seriously, can you imagine a season of The Bachelorette with Amy Schumer? We can, and we think it would be fantastic. But would she ever consider joining ABC’s hit reality show? Maybe, but she’d like a few things changed first.

Speaking during an interview with E! News‘ Maria Menounos, the Trainwreck actress revealed that she’d join in the show if ABC offered her lots of money. “A lot of money.” But they’d also have to allow her to “be herself” and she would “say what was really up” — we wouldn’t want it any other way.

More: Amy Schumer’s politeness ruins her life — and all women can relate (VIDEO)

However, that’s not all she wants changed. She’d also be interested in changing up the suitors, and she thinks it’s time that we say goodbye to all the men with “weird” job descriptions.

“The casting process would have to be different,” Schumer told Menounos. “It’s like, ‘former investment banker?’ They’re like, ‘flower enthusiast?’ You’re like, ‘But what do you do? How come you could leave your life?'” she says. “I love when it’s like, ‘I have five kids at home but I just came here to follow my heart.’ It’s like, ‘Maybe go take care of your kids?’ I would keep it very real. And I don’t know if it’s good for that show.”

And lastly? Well, sorry to burst your bubble slightly, because although Schumer is brilliant and witty, she’s also very honest, which she thinks would not make her the best fit for the show because “I don’t think there’s room for that in the franchise.”

Would Amy Schumer make an amazing Bachelorette? Tell us what you think in the comments below. 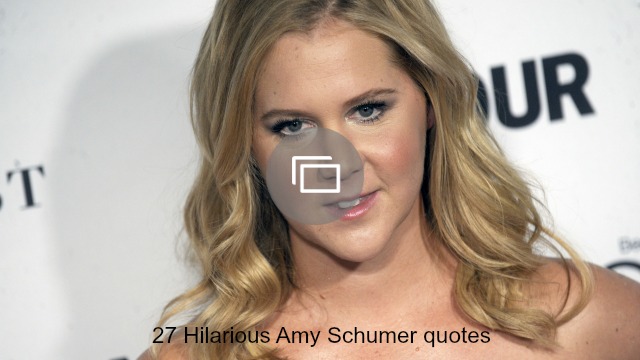