Emilia Clarke (Daenerys on Game of Thrones) steps into the daunting role of Sarah Conner in Terminator Genisys and claims she had some really powerful help: Arnold Schwarzenegger himself.

Terminator Genisys isn’t so much a sequel or reinvention of the Terminator franchise that made Arnold Schwarzenegger a star but more of an alternate timeline. It takes place within the well-established world of the time-traveling war machines and those they protect.

Clarke takes over the role of Sarah Conner, first inhabited by Linda Hamilton way back in 1984, when female action heroes were just entering mainstream cinema. But of course, Clarke has plenty of experience being a woman warrior, given that she plays the Khaleesi on Game of Thrones. We asked Clarke if her experience as the Mother of Dragons helped her in any way.

“I’d grown up watching the Terminator movies and being continually inspired by Linda’s incredible performance, so I jumped at the chance to take on this role. It was after that fact that the daunting realization of the enormity of the part sunk in,” Clarke said.

“There were many elements of my work on Game of Thrones that were helpful to try and harness her inner badass. But the difference between the two is that in Game of Thrones I do a lot of delegating and here, in this movie, I really have to get down and dirty and do a lot of the stunts and gun work and everything. There are silmilaries, but Sarah Conner is a whole other kind of badass.” 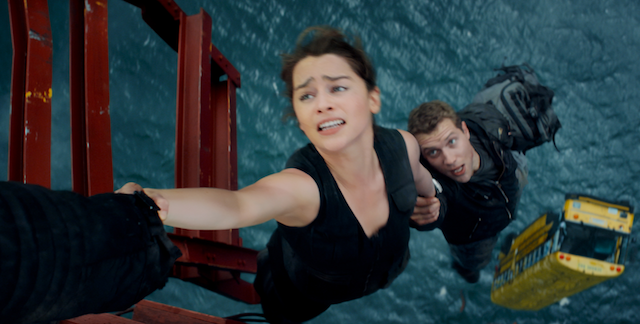 But the biggest help came from the Governator himself, Arnold Schwarzenegger, when dealing with the weaponry and stunts.

“[Schwarzenegger] was very helpful! I definitely needed a lot of help,” Clarke said. “I spent most of my training hoping that he would be impressed. Getting a good response from him was a helpful thing to give me the confidence to continue on.”

One peculiar quirk about the time traveling done in the Terminator universe is that the characters must travel naked, creating the potential for some real awkwardness on set. But the male actors didn’t seem to mind. 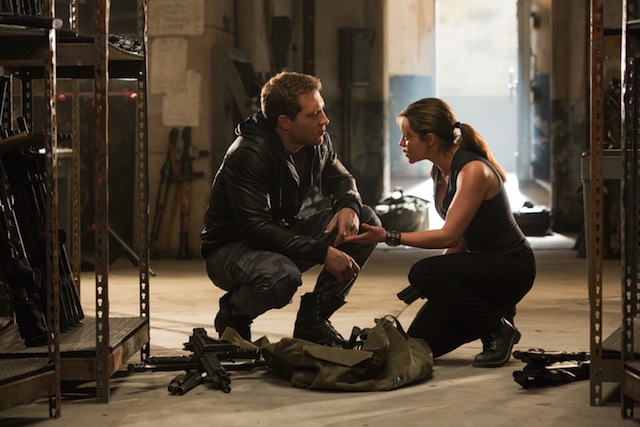 Jai Courtney, who plays Kyle Reese in the film, said, “It was totally liberating doing the stunts naked.” However, Clarke didn’t seem quite as thrilled.

“Being naked in a harness is… fun,” she said, clearly a bit embarrassed.

But bodybuilder Schwarzenegger had his own take on it, saying naked stunts really are fun. “They’re embarrassing and they lead to funny conversations. Inevitably, you have to do it, and so what? I don’t think there’s anyone here who has anything to hide.”

Clarke bashfully disagreed. “I can think of a few things I tried to hide.”

We feel you, girl!

More: Jaws: 18 Secrets behind the making of the most frightening movie of all time