Is that you Michael?

On Thursday, during a storm over Goochland County, Virginia, some people think they saw the King of Pop. In the storm clouds that swirled, the precise combination of light, lightning and clouds made it look like Jackson was dancing away up in the sky.

The image was captured by storm-chasing photographer John Plashal, who said he didn’t notice the divine image when he took his camera out into the lightning storm to capture a few images.

More: Selena Gomez dishes on her close relationship with a surprising A-lister

See if you think it looks like Jackson moonwalking, as so many others have seen. 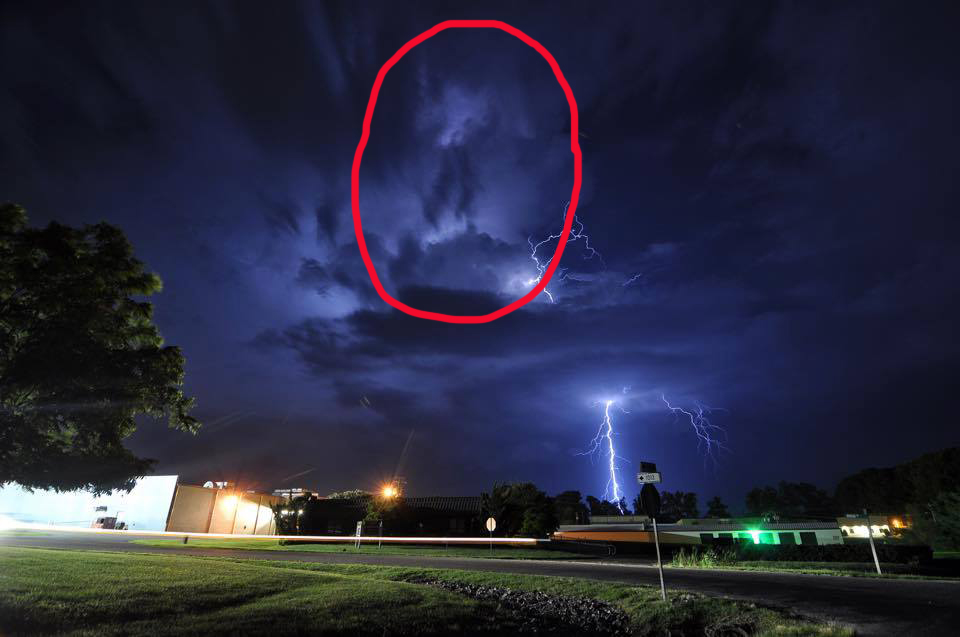 More: Barack Obama’s comments about Caitlyn Jenner will go down in history (VIDEO)

What’s most prophetic about Jackson making his celestial appearance? It was on the six-year anniversary of his untimely death. The photo was snapped on June 23, 2015. Jackson died on June 25, 2009.

Plashal told local news station WTVR that he and his daughter are fans of Jackson and that his 17-year-old would be thrilled that his photo is going viral on the internet.