Darren Criss hasn’t won over any fans with his controversial joke about Caitlyn Jenner.

More: Darren Criss posts video of himself in drag and it’s glorious (VIDEO)

The Glee alum is currently starring as a genderqueer singer in the Broadway musical Hedwig and the Angry Inch, and during his performance on June 23, he reportedly made a very insensitive “joke” aimed at Caitlyn Jenner.

So what exactly did Criss say that has angered so many?

Fans are clearly upset, and they took to social media to express their anger and disappointment in the actor, who should have known better.

so angry "Darren Criss transphobic" is all over after a joke he said in character, people will never let it go & he doesn't deserve this !!

Can everyone just get over it already?! So @DarrenCriss made a joke you didn't like. It's hardly a reason to decide he's transphobic

i don't even like Darren criss but it's so obvious that he isn't transphobic r u ok ??????

Anyone calling @DarrenCriss transphobic must not know this man. One poorly said statement doesnt reflect a person's whole being…

More: Glee‘s Mark Salling admits to injuring a woman, but the charges are bizarre

As for Darren Criss, he has yet to comment about the joke via social media. While it was undeniably in poor taste, do you think that referring to him as transphobic and homophobic is going too far? Or is it completely deserved?

UPDATE, June 26: Darren Criss has broken his silence. The actor took to Facebook on June 26 to apologize to all those who he may have offended with his joke, including Caitlyn Jenner. He then went on to praise Caitlyn for her “strength” and for “spreading acceptance” and assured everyone that he remains an “unwavering ally of the LGBTQIA community.”

Tell us what you think in the comments below. 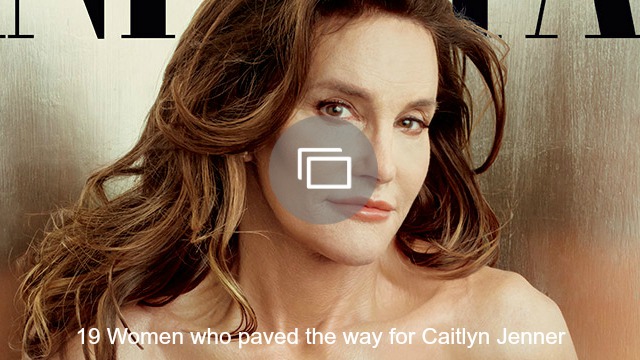