Lifetime movies are really pushing the envelope lately, and the network’s latest film, Perfect High, is no exception. SheKnows sat down with star Bella Thorne and director Vanessa Parise to find out why making a movie about heroin addiction is so important.

Thorne is as talented as she is beautiful. At just 17, she already has dozens of films and television projects under her belt and is in high demand in Hollywood, giving her the freedom to be very picky when it comes to choosing roles. We asked her why she wanted to play Amanda in Lifetime’s new film Perfect High, about a high school girl who gets addicted to pain meds, then heroin.

More: Chelsea Kane on why #PopFan was utterly terrifying

“People just don’t know how easy it is to get addicted to prescription drugs,” Thorne said. “A large percentage of heroin users start off by becoming addicted to prescription drugs given to them by their doctor for an injury. Heroin is becoming a street drug, which is really crazy. I just want people to know, especially parents, that if they think heroin is done by dirty, bad people in a crack alley, that’s just not how it is.”

Thorne said everyone is vulnerable. “It happens to innocent, good people all the time. It’s so, so hard to stop. In this movie, we not only show how it happens but where it comes from. A lot of other movies don’t want to show you that part. They don’t want you to experience it, but we do. We show you how it feels and why the characters get addicted so you understand.” 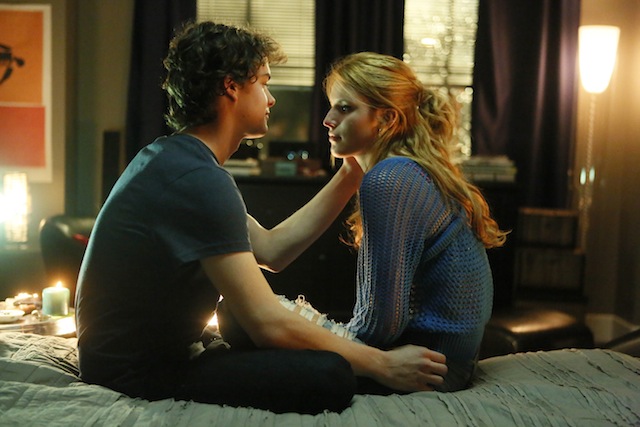 To portray a heroin user, Thorne did a lot of research. “We interviewed heroin addicts, we interviewed their best friends. We watched people on it,” she said, adding that there was even someone on set who had experienced heroin and who she could consult when she needed to.

Thorne told us the one thing that most surprised her in her research was that people can live for years as a heroin addict and their best friends don’t know. “Heroin addicts are really good at covering it up, let me tell you. They’re so ashamed, they’ll do anything to hide their injection sites, using makeup or their hair to make it look different — it’s scary,” she said.

Another shocker for Thorne was the easy way so many teens get their drugs. “A lot of kids get addicted going through their parents’ medicine cabinets,” Thorne said. “Hello! Go lock up your medicine cabinets. That’s why we made this movie, to shine some light on it.” 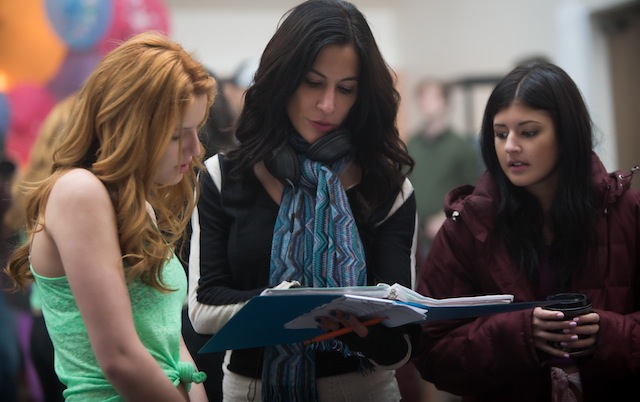 The film’s director, Vanessa Parise (#PopFan), helped Thorne with the research as well as guiding her emotional performance. “We watched lots of documentaries and news footage of teenage kids doing heroin, and we Skyped with former addicts. That way, we knew what we were going for from the outside in,” Parise said. “From there, it was my job to help Bella get there emotionally, in a way that was real and personal for her.”

But Thorne’s incredible talent made Parise’s job much easier. “Bella is amazing. She’s uber-smart, incredibly mature and thoughtful, and beautifully open. She works hard and she also knows how to have fun. She is serious, and yet doesn’t take herself too seriously,” said Parise.

Despite growing up in the limelight, Thorne says she’s never felt pressure to take drugs but that she does’t really hang out in the Hollywood scene: “I’m pretty much with my besties all the time, hanging out at my house or chilling in my loft room, watching Netflix, slurping a big Cup o’ Noodles.”