After a seven-year-long hiatus, pop queen Janet Jackson has officially announced that she is hitting the road for a 36-date tour. The Unbreakable World Tour, which kicks off in August, will start in Vancouver and end in Honolulu. Pre-sale for tickets has already begun and you better believe they are going to be snatched up quick.

Jackson posted a video of dancer auditions for the tour over the weekend and it is fascinating footage of talent chomping at the bit for the opportunity to perform with one of their idols.

Watching the young dancers talk about the mere possibility of working with Jackson makes you realize what a legend she is. Most of them were probably not even teenagers the last time Jackson released an album and are definitely not old enough to remember when the highlights of her career originally happened. Yet there they are, aware of Jackson’s power and pop icon status.

Here are some of the moments in Jackson’s career you may have forgotten that elevated her to that iconic level.

As the youngest Jackson sibling, Janet appeared on the family’s 1976 variety show, The Jacksons. She’s seen performing in the number above with her sisters, Rebbie and LaToya.

In the late ’70s, Jackson also appeared on seasons 5 and 6 of Good Times, a spinoff of Bea Arthur’s hit show, Maude. Her character, Penny, was an abused and abandoned young girl adopted by one of the show’s main characters.

More: Janet Jackson married! A surprise in more ways than one

In 1986, Jackson severed business ties with her family and released her third album, Control, which featured songs such as “What Have You Done For Me Lately,” “Nasty,” “When I Think of You” and “The Pleasure Principle.” The record was truly a breakout effort: It peaked at No. 1 on the Billboard charts and sold over 14 million copies.

As I child of the ’90s, when I think of Janet Jackson, I think of her 1989 release, Rhythm Nation. I had an older neighbor who had turned her garage into a makeshift dance studio with a full-length wall-to-wall mirror. She danced for hours on end with Rhythm Nation blasting and with the door wide open so I could gawk in amazement from my own driveway as I pretended to draw on the sidewalk with chalk. Man, I thought she was cool. Her choreography was on point, as was her full military-style replicated outfit, and I was fascinated. I have a feeling there was a whole nation of teens just like her who were inspired to dance just like Jackson after this album hit. 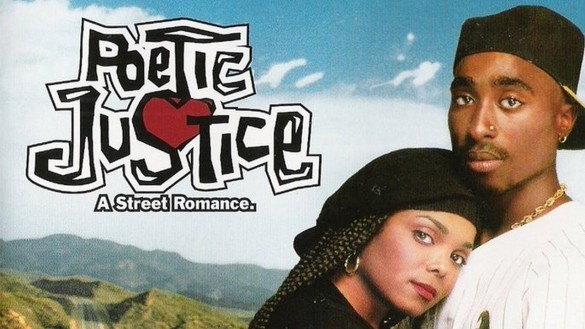 Remember when Jackson starred in that movie with Tupac? Seems like a lifetime ago now. The 1993 film also featured Regina King and Maya Angelou.

Also in 1993, Jackson was featured on the cover of Rolling Stone magazine topless with her then-husband, René Elizondo, covering her breasts. The controversial image became iconic in its own right and is often imitated by other entertainers, like Kathy Griffin in 2011.

The 1995 video for “Scream,” a single off of Michael Jackson’s album HIStory, allowed the brother-sister duo to vent their frustrations about being in the media spotlight. Its premiere was a huge deal because it was simultaneously shown on MTV, VH1, BET and Fox, which basically meant almost everyone in the world was experiencing it for the first time all at once. It cost $7 million to make and is the fifth most expensive music video, ever, according to Forbes.

Jackson’s sixth album, The Velvet Rope, was released in 1997 and featured hits like “Go Deep,” “Got ’til It’s Gone” and “Together Again.” It was recognized for its themes protesting homophobia, and Jackson received the award for Outstanding Album at the GLAAD Awards that year. 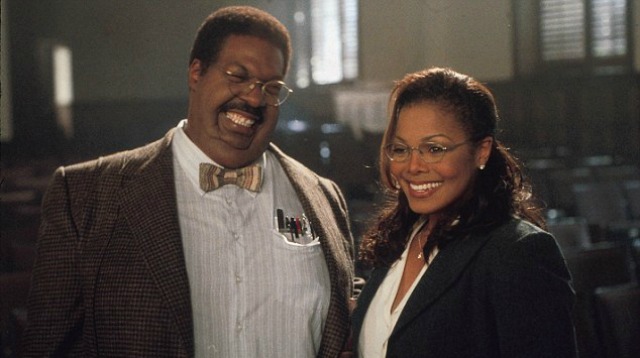 Jackson starred as Denise alongside Eddie Murphy in this 2000 film. It was a far cry from Poetic Justice, but it brought Jackson back to the big screen.

Like “Control,” the choreography for 2001’s “All For You” was often memorized by anyone who loved to dance. Well, at the very least, it was memorized by myself and all of my friends.

The event that gave birth to the term “wardrobe malfunction.” Was it staged? Was it spontaneous? The world may never know.

Jackson’s ninth studio album was hailed critically, but wasn’t a commercial success. Many feel the album’s lack of sales was due to Jackson being blacklisted after her Super Bowl performance. The album wasn’t promoted because radio and TV stations just weren’t playing her music.