We loved The Fault in Our Stars so much that we didn’t think we could like Me and Earl and the Dying Girl, another teen cancer movie, as much. Turns out the new film stands alone. Here are seven things that set the two films apart.

In The Fault in Our Stars, Hazel Grace (Shailene Woodley) has thyroid cancer that’s spread to her lungs, often making it very difficult for her to breathe. In Me and Earl and the Dying Girl, Rachel (Olivia Cooke) has leukemia. Of course, both are life-threatening and devastating to all those diagnosed with any type of “C” word.

More: 7 tweaks from The Fault in Our Stars book vs. movie

In MAEATDG, there’s a male protagonist named Greg (Thomas Mann), and the story is told from his point of view, unlike TFIOS, which was told from Hazel’s perspective. This gives the story its own unique feeling.

Part of the magic of TFIOS is that its ailing characters, Hazel and Gus (Ansel Elgort), are falling in love for the first time. In MEATDG, Greg, though healthy physically, has a lot of emotional walls in place to protect his incredibly sensitive heart. So while there’s no kissing between Greg and Rachel, we do get the sense that he loves her more than any person he’s ever known.

More: Did John Green stay true to the book? Fault in Our Stars cast spills 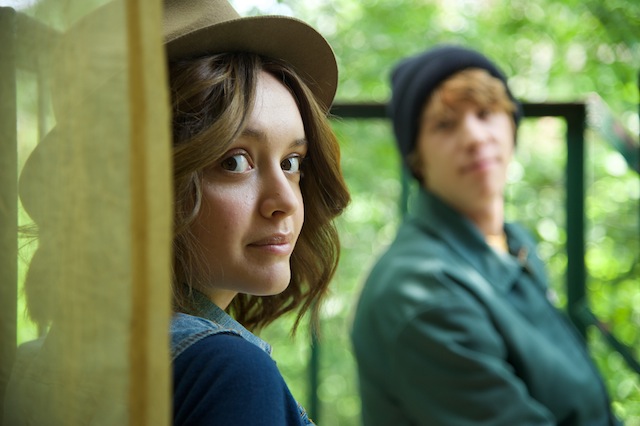 4. No hair vs. oxygen tubes

One of the bravest things about TFIOS was showing the female romantic lead with oxygen tubes in her nasal airways through most of the film. It served as a constant remember of how sick she was. In MAEATDG, Rachel loses all her hair, often wearing pink wigs to feel more like herself. It’s quite intense to see a beautiful young girl with no hair — also a brave move.

5. Rachel’s movie vs. trip to Amsterdam

In MAEATDG, we see Greg express himself through making silly, kooky movies. But when he’s tasked with making a film about Rachel’s life, he knows he needs to leave his childish self behind and grow up a little bit. It becomes the most personal, intimate thing Greg has ever done in his whole life. In TFIOS, Hazel and Gus take a trip to Amsterdam. 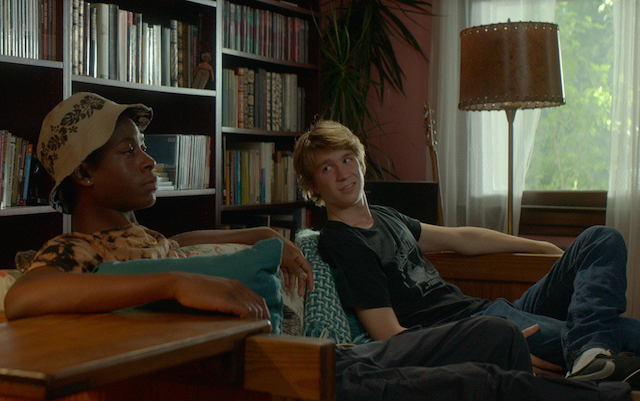 When John Green wrote the book TFIOS, he based the character of Hazel on a real 16-year-old girl named Esther Earl, who tragically died from thyroid cancer. The writer of MAEATDG, Jesse Andrews, said his story is entirely a work of fiction.

More: Me and Earl and the Dying Girl exclusive clip screams teen angst

7. From book to screenplay

Both of these stories were first written as books. While John Green is primarily a novelist, Scott Neustadter and Michael H. Weber are credited for the screenplay of TFIOS. Jesse Andrews, writer of the book MAEATDG, also wrote the screenplay himself. Because this was Andrews’ first screenplay ever, he was mentored by screenwriter Dan Fogelman, who wrote such films as Crazy, Stupid, Love and Tangled.

Me and Earl and the Dying Girl is currently showing in limited release and will be expanding nationwide in the weeks to come.

Do you think Me and Earl and the Dying Girl will be better than The Fault in Our Stars? Let us know in the comments section below.