Rumer Willis has opened up in a refreshingly candid interview about her body image struggles and the pressures of growing up in the public eye.

Speaking during an interview with Glamour magazine, Willis spoke about the challenges she faced growing up as the daughter of famous parents Bruce Willis and Demi Moore.

More: What Rumer Willis has to say about Val Chmerkovskiy is pretty girlfriendy

“When you grow up in the public eye the way that I did, everyone’s looking at you and waiting for you to do something crazy or say something wrong or have a meltdown,” she told the mag. “I was constantly bullied because of my looks, so I struggled a lot with my body image. I wanted to have no butt; I wanted to have no boobs.”

She continued, “For a long time I just wanted to look tiny and androgynous.”

Those teenage insecurities where heightened by the paparazzi following her every move, and the details of her personal life constantly “blasted everywhere.”

More: New pic of Rumer Willis surfaces that has everyone talking (PHOTO)

“There were times when personal stuff in my life was blasted everywhere and I couldn’t leave my house for a week because I would be aggressively and dangerously followed,” Rumer confessed. “But the real pressure comes from the internet and social media — the mentality that it’s OK to attack people from behind a computer screen. Strangers say the nastiest things. Until recently, the thought of making one misstep that could be criticized would stop me from trying new things and from standing up for myself.”

Willis recently enjoyed popularity on the hit ABC show Dancing with the Stars, where she and pro dancing partner Val Chmerkovskiy became the latest recipients of the Mirror Ball trophy. But even though Willis was celebrated on the show, and she felt that people were finally getting to know her better, that didn’t stop the online haters from attacking her.

“Just because I was celebrated on Dancing with the Stars doesn’t mean the bullying has stopped,” she said. “After the show started, I had to block almost 10 people every day on social media because they wouldn’t leave me alone. But when it happens now, I remind myself that focusing on people’s negative opinions will only make me feel like crap. If I start to get discouraged, I take a step back and go, ‘All right, I don’t feel great today, but what can I do to shift how I’m thinking?’ It’s difficult, but the moment you stop saying, ‘I’m really fat,’ or ‘I’m ugly,’ and just say, ‘Wow, I have this,’ then you’ll see a change.”

So why is Willis being so open about the haters and her personal turmoil now?

She’s hoping that her story can spark change, and that women will finally realize that they should be banding together and supporting one another.

“We all need to stop bullying ourselves and being cruel to other women. Attacking one another instead of supporting one another has become the norm,” she told the mag. “Life’s hard enough as it is. Let’s find strength in the fact that we’re different and unique. Let’s allow ourselves to say, ‘These are my flaws, but I’m still beautiful.’ Let’s find our own value, know what we have to offer — and know that that is enough.” 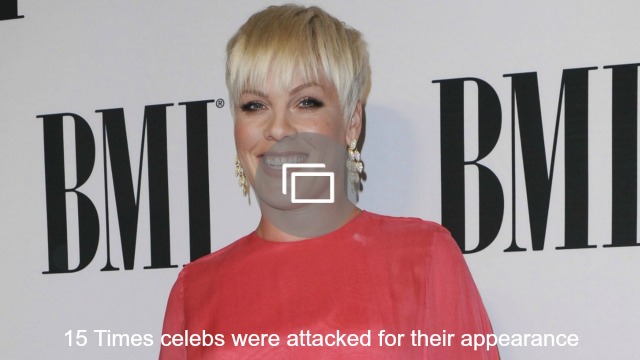