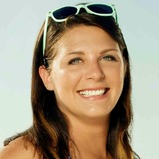 With last night’s breakup, Raven and Bradley agree to be broken up, and they both seem OK with it.

It’s like they secretly make a pact not to argue because they are getting along so great, and that’s exactly what all of us need. We’re all OK with this pact because all of the arguing is starting to sober us up, and that’s not OK when we all came here to get crunk. I feel like Bradley and Raven do argue with each other a lot, but I don’t think it is as extensive as the camera portrays.

Most of their arguments are little pity fights that they’re over in two seconds, but the arguments that bother the rest of us are the ones that occur when all of us are together and just trying to have a good time. I also think the arguments that happen in front of us look worse because some of us help egg those on. 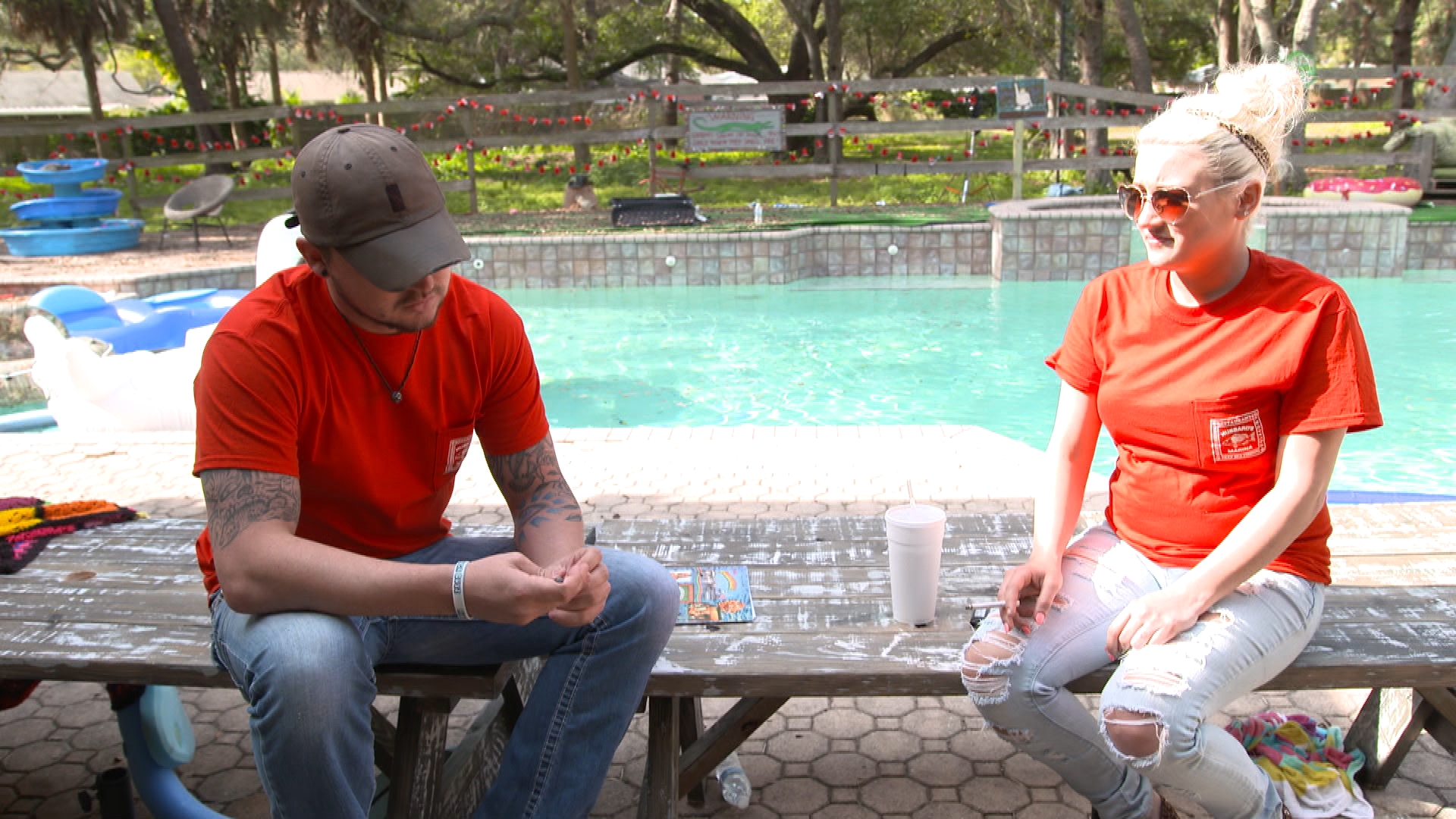 After their breakup, I’m sad for both Raven and Bradley because I know they are trying to be strong, but I’m sure it is hard to live with someone that you truly love, and yet not be together. Luckily, I haven’t had to experience that, and hopefully I don’t have to. I have to admit that I am very excited to have my bestie Raven back as a single lady because I know when she has no worries, we are going to get into tons of trouble. Trouble is our middle name — heyyyy! We have tons of fun when she and Bradley are together, but I feel like we can have more fun like we did last summer when she was single.

On getting to work

We had our first official day of work, and we were actually excited to get to work. I was especially excited because I had heard there were a couple of good-looking guys that we would be working with. I’m single, so why not mingle with guys we work with? Especially if I can get them to do my work for me. I think Raven was excited to work because she wanted to get out of the house, and Hunter was excited to work because… he’s just always happy to work. Me? Forget work, I’m only there for the boys. 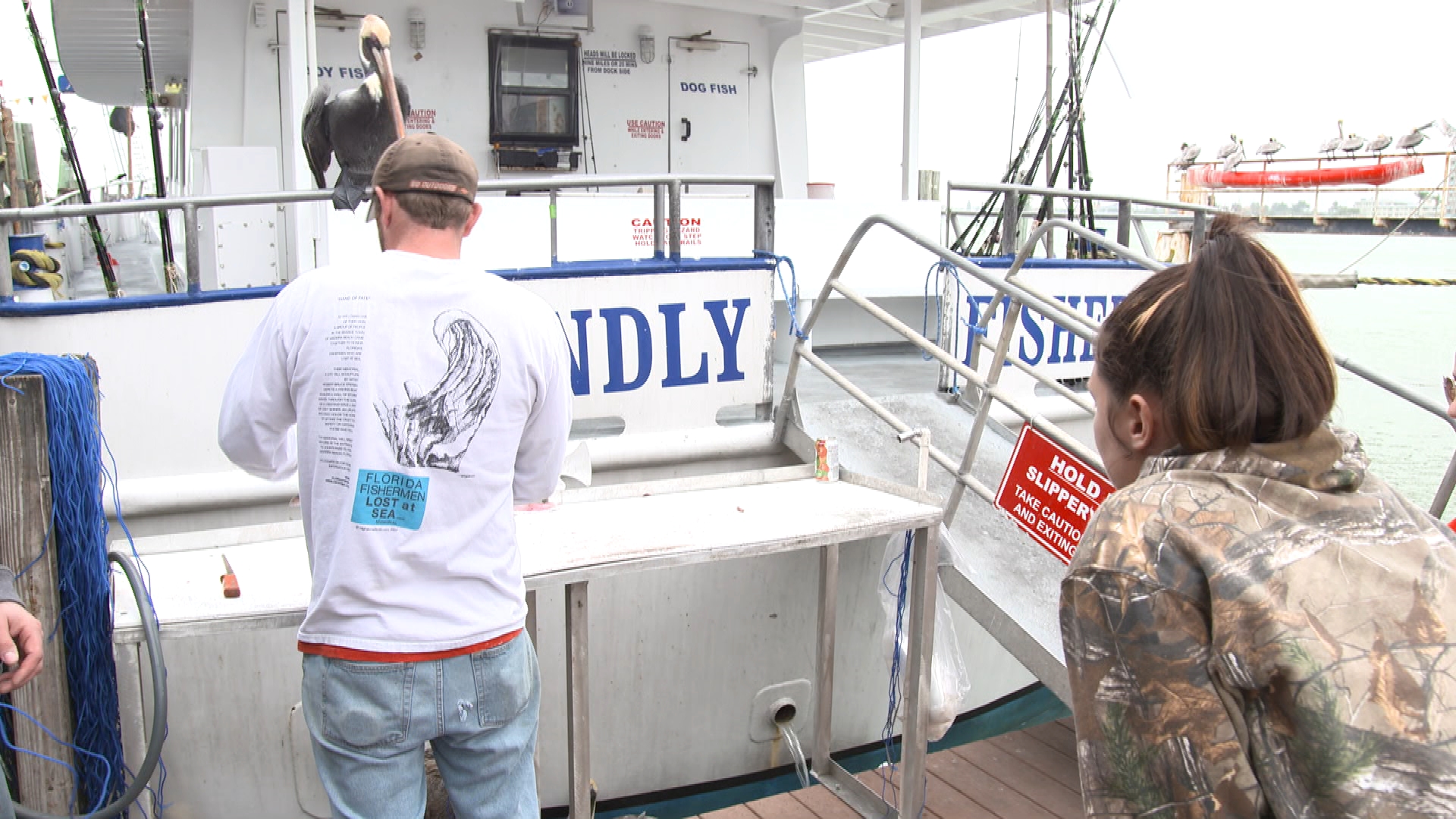 Five minutes into work and what do I find — a good-looking guy who is definitely 100 percent my type. I know this might sound a little creepy, but the first thing that attracted me to Joe was that he looks a lot like my first love. His face is definitely my type, but he is a little too skinny for my big-boned butt. That’s OK, though, because after two days with big mama, he’ll be getting some meat on his bones. Burger King here we come (because y’all know I can’t cook).

This was my one chance to make a great first impression, so I go in all the way. I am making comments and giving pickup lines I have never used or thought about using on a guy before. I’m not sure what got into me. Maybe it’s that Florida air that’s making Hunter (when he was hitting on Kelsie the first day) and I not-so-subtle with the opposite sex this vacation. I think it is actually working, so I am OK with it and keep on going. 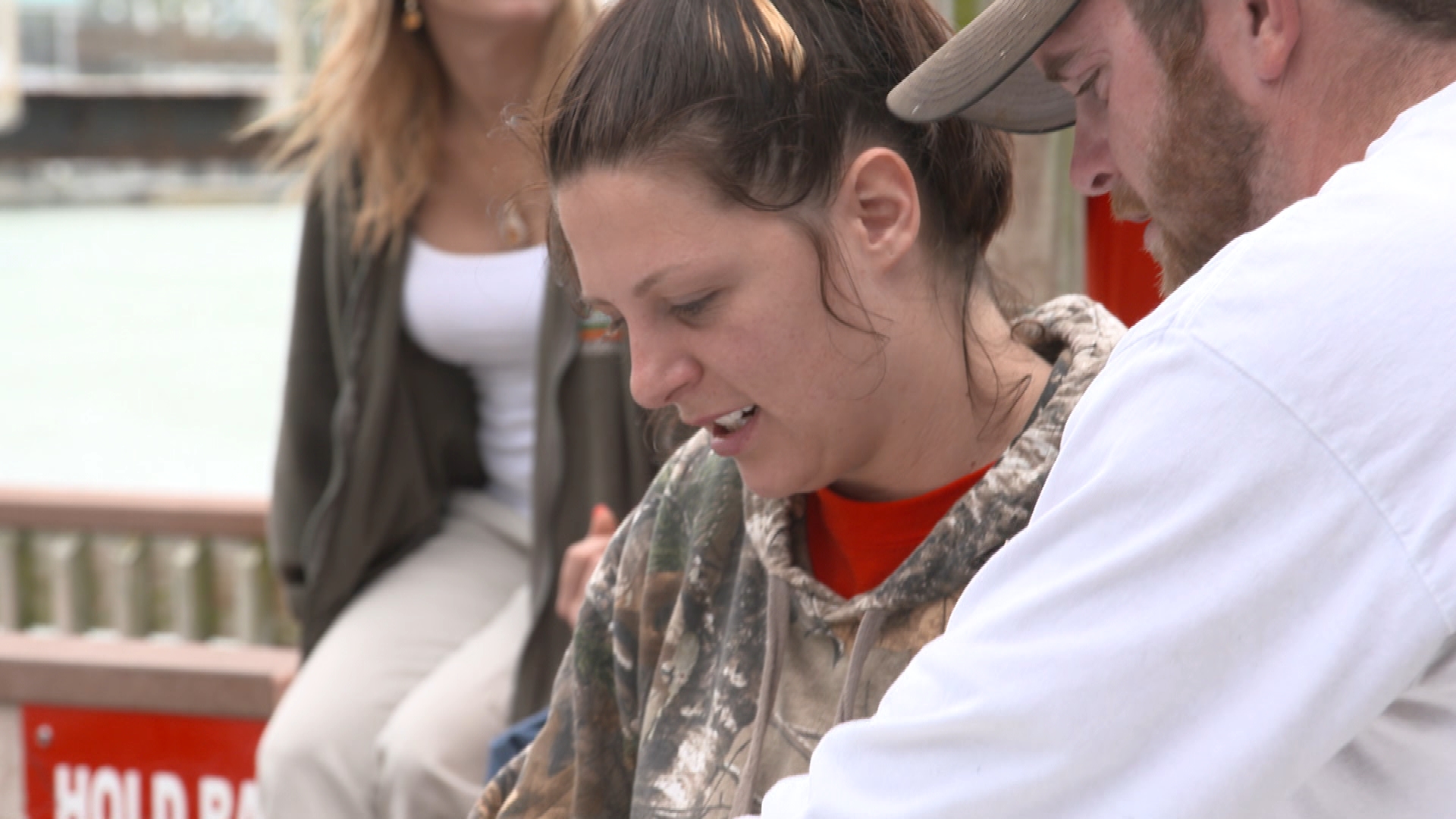 On Kelsie and Hunter

Since the beginning of this vacation, other roommates and I have noticed how close Kelsie and Hunter are with each other as friends. We knew Hunter wanted Kelsie since day one, and he basically was just waiting for her to give the go-ahead. He’s always telling her that she’s “the prettiest girl in the world.” When I say always, I mean always. She could have fallen in the fire with the pig and been completely burned with no hair, and he still would have thought she was pretty.

At first, when Hunter was flirting with Kelsie, I assumed she wasn’t completely interested and that she simply enjoyed the attention he was giving her. But after seeing this episode, I can tell that she is feeling him also. I say if you are interested in Hunter, go for it. Hunter may be crazy and rowdy, but he is a good guy, and I witnessed him being a good boyfriend last year.

Little does Kelsie know, though, that she has a little competition when it comes to Hunter. For her to get a chance with Hunter, she’s going to have to move Tommy out of the way. Hunter and Tommy have definitely become best pals since last summer, and this is the strongest bromance I have seen in a while, and it’s not just because of the cameras. These boys are this close and this wild with each other outside of the house.

More: Karynda recaps Party Down South 2 premiere and how she really feels about Kelsie

The day of the pig

The day of the pig comes along and we all decide this is the day we’re going to dress up in our overalls. Backstory: We had bought overalls like Duke’s when he had to go home for a bit after his grandpa passed away. We were going to dress up in our overalls and surprise him when he returned, but he ended up surprising us, so our plan had failed. We decided that the day of the pig would be a good day to show Duke that we love him and wear our overalls then. He’s such a good guy, and I know he always has my back — just like I have his. 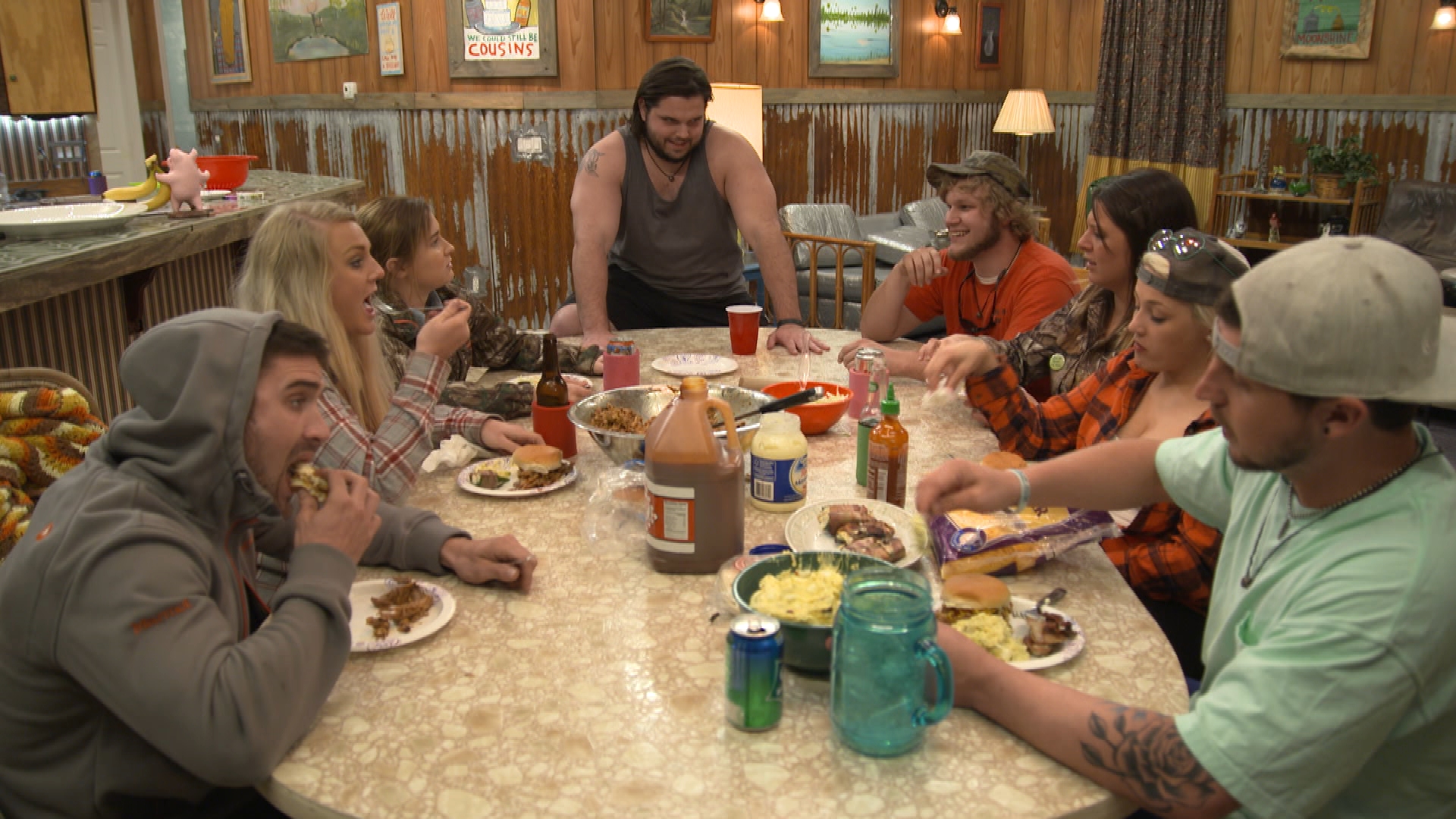 Bradley’s having some issues with his original plan to cook the pig, but luckily Duke comes to the rescue. After about 12 hours of cooking, we are able to dig in on that pig. I want to have faith in Bradley’s method of cooking the pig, but it’s hard when everyone else is confident his plan is not going to work. While I’ve never cooked a pig before, even the girls know that charcoal goes under whatever you are cooking or grilling, not on top. This pig was super expensive, so I knew Bradley was not going to let it go to waste. While eating our pork sandwiches, everyone is making faces and complaining about it. To everyone watching — yes, it was a little tough and a little grindy (like sand), but that didn’t stop me from finishing it. My mama always taught me to finish my plate. I eat anything.

While the boys were out having a “bros’ night,” the girls planned to have an even better time at home. Personally, I don’t have to go out to a bar to have fun. I’m fine with staying home and playing drinking games like beer pong and flip cup. If there’s one thing about this house that you might not see a ton of, it’s that we love to play pranks on each other.

When the guys had their “night in,” they decided to freeze all of our panties (hilarious). So now that it was our night in, we decided we would hide their mattresses outside behind the bar and make a homemade trampoline. What you also didn’t see is that we blocked the front door with red Solo Cups. I love this type of stuff — anything that’s spur of the moment usually ends up being the best.

Meanwhile, on the other side of town, what is going on Hunter…?