We love Melissa McCarthy and we’re super excited the comedic actress is finally stepping out of her comfort zone and digging into meatier roles. We think her new film, Spy, is just the beginning of her cinematic renaissance. 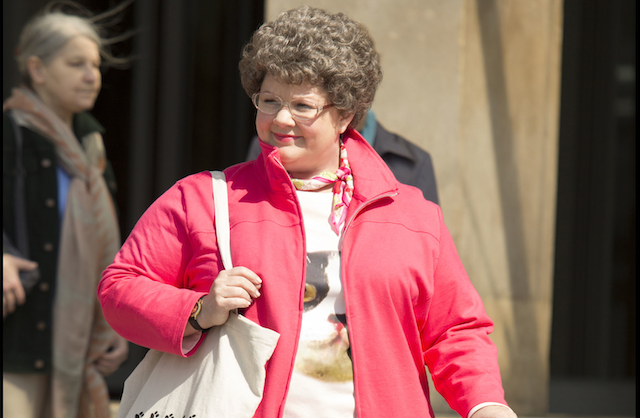 Ever since her breakout role as Megan in the hilarious comedy Bridesmaids, we’ve known Melissa McCarthy has great potential. But the last few flicks, like Identity Thief, The Heat and Tammy, have cast McCarthy in nearly the same role: a plus-sized Midwestern gal, without much style, intelligence or sex appeal. She’s been playing a stereotype — a funny one — but a stereotype, nonetheless.

Things are very different for McCarthy’s character, Susan Cooper, in Spy, however. Susan is smart, brave, compassionate, fashionable and pretty — all the great things McCarthy is, too, in real life. Here are seven things about Spy that really helped McCarthy to leave her fading stereotype behind.

1. A trip across Europe

In movies like Identity Thief, McCarthy seems like she’s literally stepped out of the trailer park. In Spy, her character gets to visit several iconic European cities like Rome, Paris and Budapest. Sweeping European backdrops give the film a very classy, James Bond-like visual that definitely takes things up a notch.

2. A really important and difficult occupation

In Tammy, McCarthy worked in a fast food joint called Topper Jacks. In Spy, she’s a CIA analyst who’s the brains behind the brawn of the agents out in the field. When she gets the chance to go undercover herself, she proves to be a worthy tactical adversary.

3. Going head-to-head with the intimidating Rayna 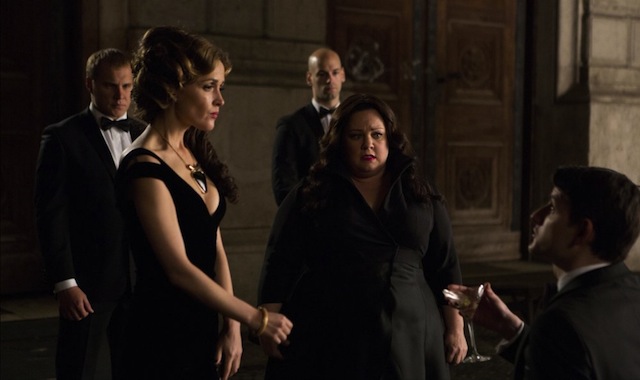 Played by Rose Byrne, Rayna is the rich, Oxford-educated daughter of a recently deceased nuclear arms dealer. With as much style, cunning and wealth as Princess Kate, Rayna gets whatever she wants. Susan must not only make Rayna believe she’s her protector and bodyguard, she must also outsmart the ice queen at her own game in her own country. 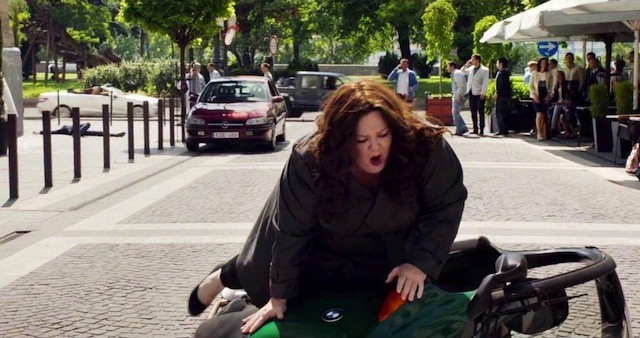 In Tammy, McCarthy drives a clunker of a car. In Spy, she’s upgraded to a Vespa scooter, a helicopter and even a private jet.

5. She’s not the nerdiest character in the film 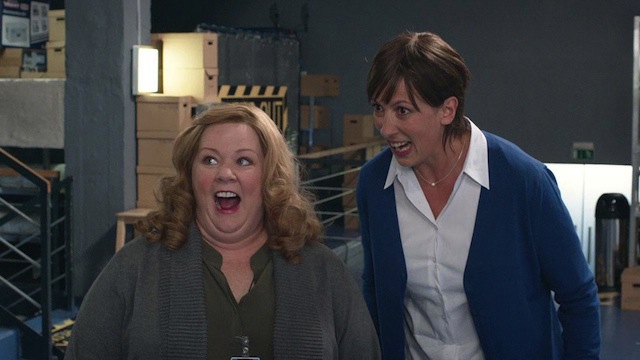 In Bridemaids, McCarthy was hilarious playing the obligatory bridesmaid whose family would have a fit if she wasn’t included as a member of the wedding. Here, McCarthy is given Nancy (Miranda Hart) — a giant, lanky klutz with little social grace — to help Susan on her spy mission. Nancy is such a bumbler, she makes Susan look as suave as 007 himself.

Many of us are fascinated by fun little gizmos, like Dr. Who’s sonic screwdriver or James Bond’s cigarette lighter that’s also a grenade. Susan’s spy gear includes hemorrhoid pads that are actually filled with chloroform to knock out a bad guy, supposed stool-softener pills that actually combat the effects of poison and a rape whistle that doubles as a dart launcher. 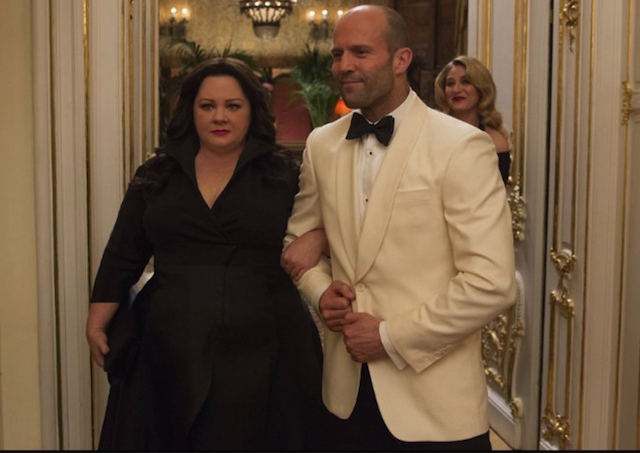 For the scenes at an upscale Italian casino, McCarthy wears a beautiful black, flowing dress and her long chestnut locks are styled to perfection. Of course, Rayna refers to Susan’s outfit as being “an abortion of a dress,” but we think she looks just lovely.