Yes, you read that right.

More: Jaden Smith’s tweets are surprisingly deep, even if they rarely make sense

Jaden Smith, son of famous actor Will Smith, wore a dress to prom. And he looked great doing it.

Accompanying Hunger Games star Amandla Stenberg to her prom, Jaden actually managed to one-up the getup he wore to his own prom (a white Batman suit, in case you missed it). Amandla posted pictures of the pair to her Instagram Friday. She wore a shiny bronze dress, and Jaden wore a black blazer over what looks like a black-and-white colorblock shift dress with tight black pants and tennis shoes underneath and a white and gold glove on one hand. OK, maybe it’s a little over-the-top, but who doesn’t love a high school kid confident enough in himself to make such a bold fashion statement? 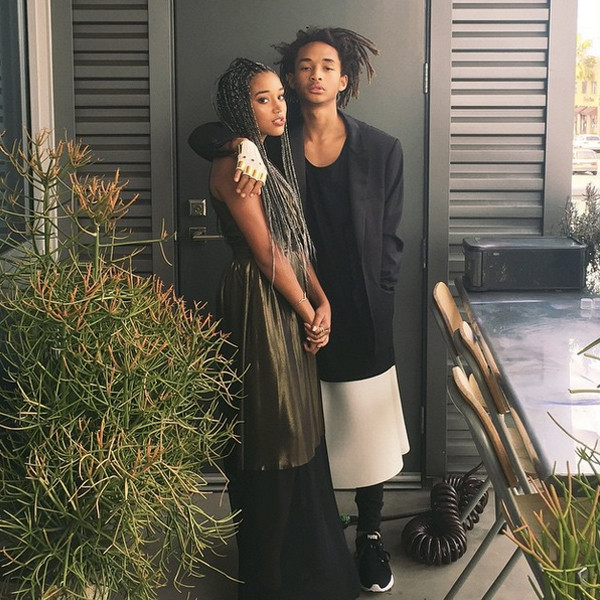 Jaden’s been seen in public wearing a dress before, and we love how he’s bending gender norms and wearing what he wants instead of what society dictates he should. Though we shouldn’t be surprised that this is coming from Jaden, who’s marched to the beat of his own drummer as long as he’s been in the spotlight.

The photos of Jaden and Amandla, who plays Rue in the Hunger Games movies, are crazy adorable. An especially cute one of Jaden smelling his white rose and baby’s breath boutonniere was captioned “gentleman” by Amandla. 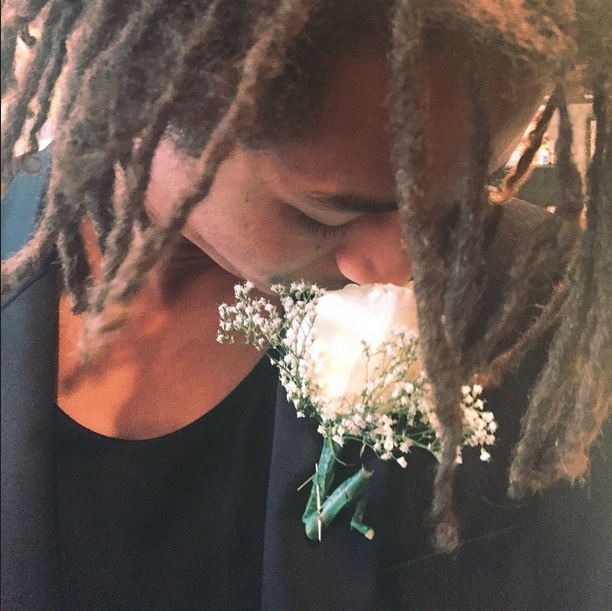 So he’s a progressive thinker, a sharp dresser and a gentlemen? Amandla is one lucky lady to have scored this prom date.

Both stars are only 16, so they have a few more proms to attend. Here’s hoping they stick to wowing us with their fashion choices.

More: Jaden Smith wearing a dress gets a surprising reaction from Twitter (PHOTO)

What do you think of Jaden Smith’s prom style? Are you in favor of the dudes-in-dresses trend he’s been pushing? Or would you rather see traditional male style stick around? Head down to the comments and let us know what you think.