Robert Kardashian has long been the subject of rumors about his health, and his family has previously expressed concern for his weight gain and depression during filming of Keeping up with the Kardashians.

Now a new report claims that Rob might finally be getting some help for his issues and has checked into rehab. According to Gossip Extra, a source revealed to them that Kardashian has quietly checked into a Palm Beach County “drug and booze” rehab center.

The source revealed to the publication that Rob was in “good spirits” and had a positive mindset when he checked in for his 60-day inpatient program.

“He told me, ‘This is it, I just need to stick with it and do this,'” said Mark Behar, Hollywood bodyguard and reported friend of Rob. According to Behar, while Rob is in rehab he will also be involved in a program to help him lose weight and work out.

“Rob will probably lose 10 to 20 pounds within the first few weeks by just being in rehab and daily programs relating to his detox,” he said.

More: The Kardashians’ $100 million contract isn’t split up evenly at all

If the reports are true, then we hope that Rob gets the help that he needs and comes out of the program in a much happier and healthier place.

UPDATE: Since reporting the story this morning, Kris Jenner told E! News that any reports of Rob Kardashian checking himself into rehab are false, stating point blank, “Rob is not in rehab.” 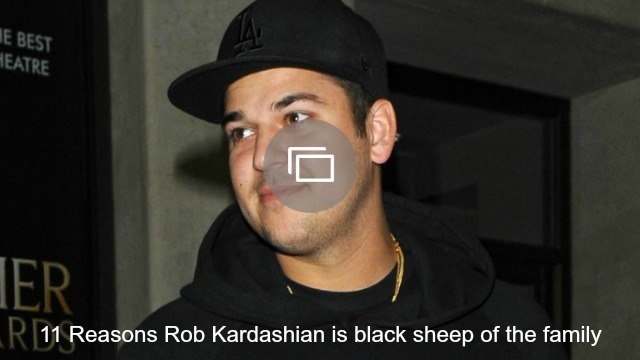