In the latest issue of The Hollywood Reporter, six of the world’s greatest female comedians — Lena Dunham, Amy Schumer, Gina Rodriguez, Kate McKinnon, Tracee Ellis Ross and Ellie Kemper — get together to discuss some important issues in the most brilliant way.

The women spoke about sex scenes and nude patches and fighting for more money for a stand-up gig, while also shedding light on the most overtly sexist thing that’s ever happened to them in Hollywood.

Speaking of the sexism they have faced, Dunham answered first, saying, “I heard a guy on my show say into his microphone, ‘I hate this job. I can’t wait to be back on a show where there’s a man at the helm.'”

Schumer interjected with a laugh, “I hope you sent [Girls actor-comedian] Colin Quinn home for that.”

Dunham: Colin is actually the world’s biggest feminist! Later, that same guy came up to me at lunch and said, “You’re really enjoying that buffet, aren’t you?”

Dunham: He’s the worst person alive. I hope he reads this, which he won’t because he’s drunk.

Ross: I think racism trumps everything. [It all] happens behind the scenes.

Dunham: So many shows wouldn’t exist if you and Mara [Brock Akil] hadn’t made Girlfriends and pushed it as far as you did.

Ross: Being on a show run by a woman with four women leads gives you a template that when you walk out into the world, you don’t see it. It changed my expectations.

They also went on to discuss the responsibilities they feel about bringing attention to the fight against racism and sexism on their shows.

Dunham: There was a lot of dialogue about race when Girls started. I’d been thinking so much about representing weirdo, chubby girls and strange half-Jews that I had forgotten that there was an entire world of women being underserved.

Rodriguez: I don’t believe it’s an issue of hard-core racism [in Hollywood].

Rodriguez: Lack of being surrounded by a culture.

Ross: We’re quick to vilify people instead of acknowledging we all have these huge blind spots.

Dunham: I also hate how the comedy community is so defensive. People are unwilling to learn. There was a big issue a few years ago with Daniel Tosh and rape jokes. But there couldn’t be a civil conversation about it within the comedy community. I’m a sexual-assault survivor, so I would love to sit down and have a totally nonjudgmental conversation with a male comedian who makes rape jokes. But there isn’t room for that.

Rodriguez: It’s also about what Hollywood finds financially beneficial. So when we show them shows like Jane the Virgin and Fresh Off the Boat…

Rodriguez: Show them it’s all a good investment. And it’s not about race. When you vilify it, people shut down.

It’s a long interview, but if you want to read more be sure to head over to The Hollywood Reporter. 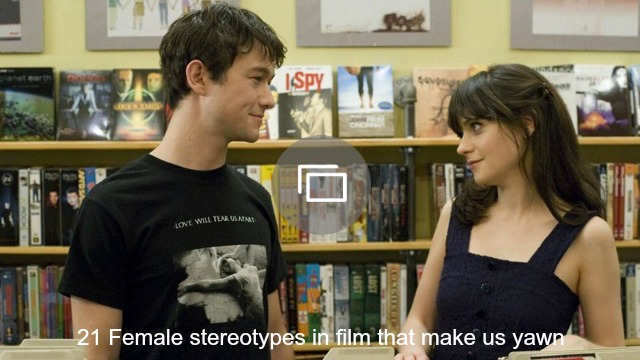