Fantastic Four fans were upset when Michael B. Jordan was cast in the role of blue-eyed, blond-haired Johnny Storm, so he penned a well-thought-out and articulate response. How did the internet respond to that? Well…

Listen, we’ve got to give a whole lot of props to Michael B. Jordan for taking on all the negative people who took issue with the actor’s casting in the upcoming Fantastic Four reboot. His article, published with Entertainment Weekly, delivered a very clear and respectful response to that criticism. But the internet is a nasty place — and the comments on his op-ed are no exception.

Before we dive into what people are saying, however, let’s take a look at what upset fans in the first place. Fantastic Four is the third big-screen adaptation of the Marvel comic, Fantastic Four, which debuted in 1961. In the comic book series, Johnny Storm, along with his blond-haired sister, Susan Storm, and two other space explorers, Reed Richards and Ben Grimm, get zapped by cosmic rays and develop superpowers.

When it was announced that director Josh Trank (Chronicle) had cast Jordan and Kate Mara as the Storm siblings, the internet erupted in dissent. It seemed that Trank’s idea to make the pair adopted siblings was not going over well with fans.

In his EW response, Jordan defends the choice, stating, “The world is a little more diverse in 2015 than when the Fantastic Four comic first came out in 1961. Plus, if Stan Lee writes an email to my director saying, ‘You’re good. I’m okay with this,’ who am I to go against that?”

But commenters on Jordan’s piece were less than impressed: 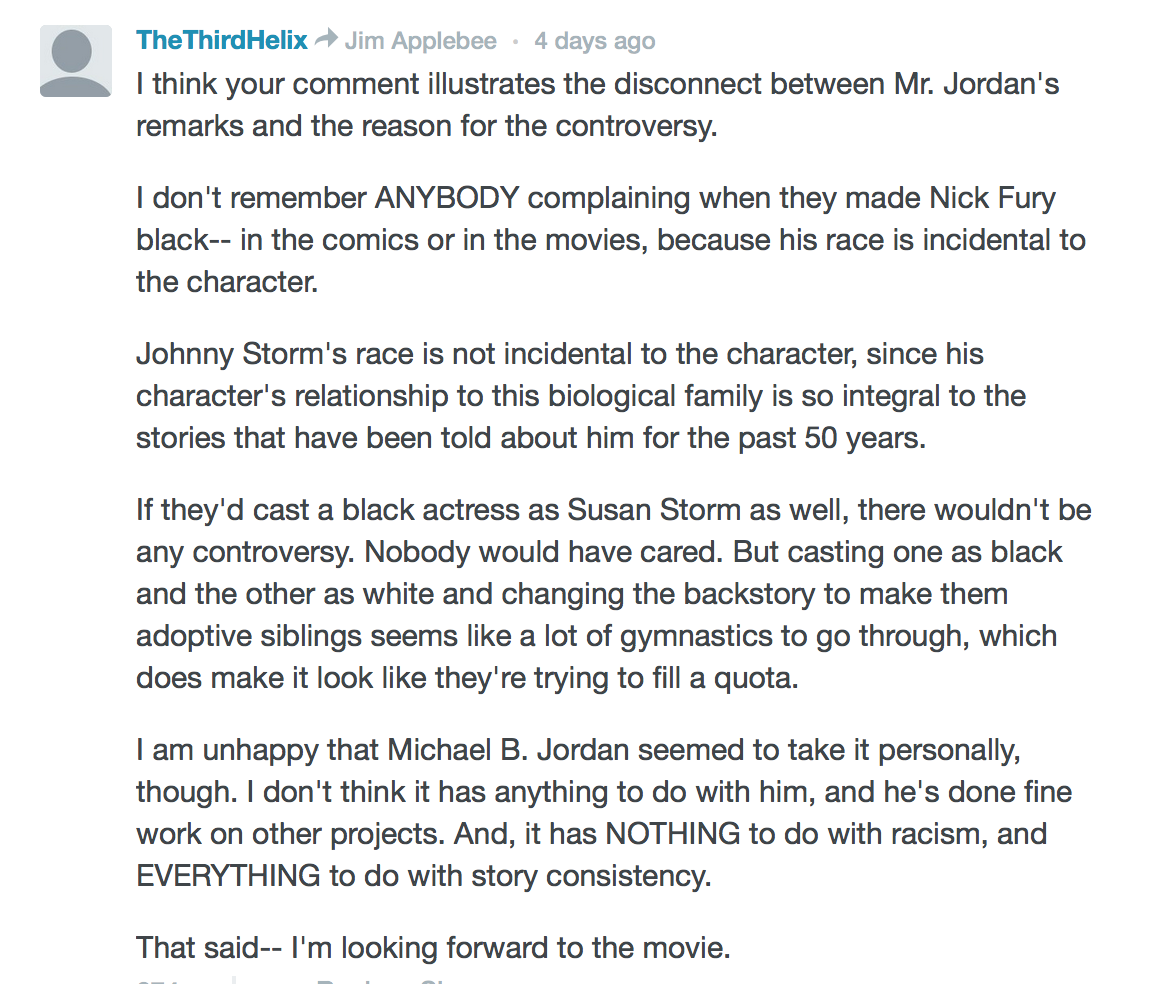 The consensus among respondents seems to be that they’re not upset about Jordan being black (because, #NotARacist), but that they’re angry that Trank changed so much of the family structure to suit the mixed-race casting… uh-huh. 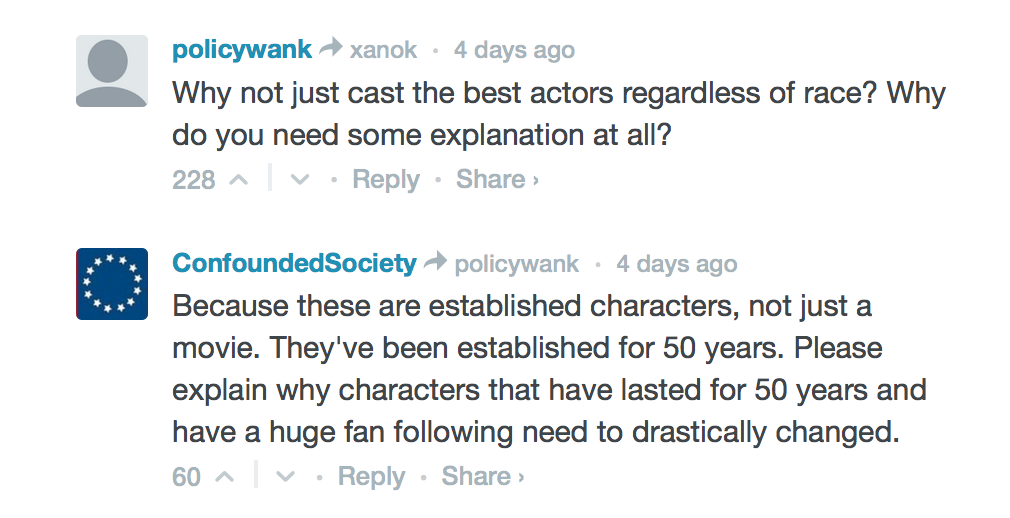 If your faith in the internet’s humanity is failing at this point, it’s not entirely ugly out there. People were also speaking out in support of Jordan’s article and trying to inject some common sense into the thread.

In an interview with Latino Review, writer-producer Simon Kinberg pointed out that the updated Fantastic Four isn’t even lifted from one specific comic, lending support to the fans quick to remind people that the Fantastic Four characters inhabit a fictional universe.

“We’re really snatching details, story lines, moments, action sequences from across the whole gambit of the decades of Fantastic Four,” stated Kinberg. “There isn’t one comic that defines the movie.”

But perhaps the following comment sums the whole controversy up best: