A new reality TV show is coming under fire in parts of Europe due to its premise of recreating the conditions of Nazi occupation in World War II. Has reality TV hit a new low? 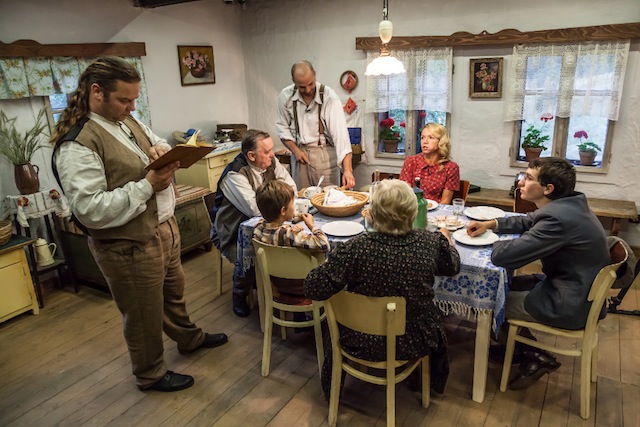 Holiday in the Protectorate is a new reality TV show where a family of seven is challenged to live for two months in the restrictive atmosphere of Nazi rule.

The term “Protectorate” in the show’s title refers to the Protectorate of Bohemia and Moravia, the temporary state set up in the Czech lands following the Nazi invasion.

The contestants will have to deal with food rationing, Gestapo spies and harassment by German soldiers, who will be played by actors wearing period-specific costumes and uniforms. Doesn’t sound like much of a holiday to us.

Of course, people around the world still harbor hostile feelings about the invasions and atrocities committed by the Nazis. For many Europeans, this type of entertainment is simply in poor taste.

According to expats.cz, one critic of the show asked, “What’s next? Big Brother Auschwitz?”

Another critic wrote, “This is a perversion. It’s an insult to those who really suffered through it.”

To be clear, they are not recreating a concentration camp for the show, but the conditions in Nazi-occupied lands were bleak. A great many suffered while Adolf Hitler used Germany’s neighboring countries as his personal domain to do with as he pleased.

But the show’s creator, Zora Cejnková, doesn’t seem dismayed by the negative comments. “The entire production team is aware of the controversy about returning to such a precarious period. However, we think that while maintaining specific ethical rules and historical accuracy, this is an appropriate way of presenting the period.”

Probably the most controversial part of the show is that the chosen family is competing for a valuable prize, putting the contestants and the viewers in a moral conundrum should the family experience any real suffering. It asks the question many critics of reality TV have asked before: How far is too far?

The show airs in the Czech Republic on May 23.

Do you think a show like Holiday in the Protectorate is disrespectful to victims of war? Weigh in with your thoughts in the comments section below.