Orange Is The New Black‘s Danielle Brooks and Laverne Cox share what being in the public eye and becoming role models has done for them.

Brooks, who plays Taystee on the hit Netflix show, explained that being both a woman of color and one who wasn’t teeny-tiny left her without a place within society’s narrow standards of beauty growing up.

“Being a woman of curves, I really find that it’s very important to talk about loving your body where you are,” she said during a panel discussion at an Academy of Television Arts and Sciences “For Your Consideration” screening. “People’s beauty standards [is] something I’ve definitely struggled with in my life. And I’m just so grateful to be on a show where people love me, Taystee, for who she is — and they’ve come to love Danielle for who I am, and it’s not because I’m a Size 2 and it’s not because I’m light-skinned with long hair.

“Growing up, I didn’t see many examples of myself [on TV],” Brooks continued, getting emotional. “And to be that girl that I wanted to see, I’m grateful for that.”

Cox, who was the first openly transgender person to be nominated for an Emmy Award and who has done a great deal of work for the trans community, says that for her, the artistry comes first.

“It’s not always about making people happy,” she explained. “It’s not about always being careful what you say, and I love that space of being an artist and that is what I always prioritize.

“At the end of the day, I understand that I’m just a storyteller. Even in my advocacy, I’m really telling stories.” 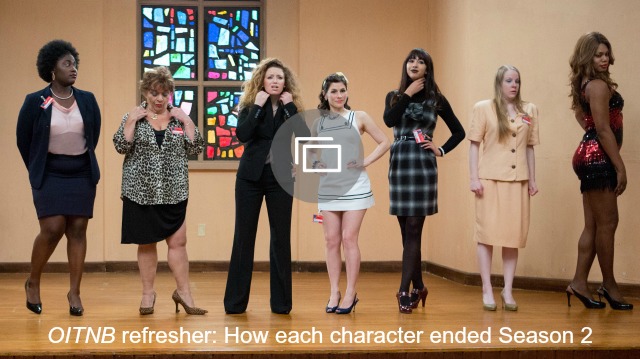