Mad Men showrunner Matthew Weiner has spoken for the first and last time on the epic seven-season show’s finale. While he touched on plenty of the big moments and multiple characters’ endings, his comment on naysayers is what we loved the most.

On Wednesday at the New York Public Library, novelist A.M. Homes was given the honor of peppering Weiner with questions on the Mad Men finale. Among those inquiries was a question about those final moments and that infamous Coke commercial. Why end there? Why play that commercial, in full? And why on earth such a happy ending?

First and foremost, you need to know exactly where Weiner’s mind-set was with the yoga retreat and the commercial. Yes, from those moments you are supposed to ensure that Draper left the retreat a changed man… but still an ad man. You’re supposed to believe Draper’s journey across the country and inevitable landing at the retreat are what inspired the fictional character to create the very real commercial.

More: Betty finally gets the props she deserves

Most important, we’re supposed to believe and be happy with the fact that Draper did not fall from that window, like in the promo. He may have fallen from grace a few times during the series. He’s certainly fallen in and out of love with women. He’s fallen for schemes, fallen out of favor with the ad world and then worked his way back in again. But he did not fall from the window. Don Draper, despite the bad, selfish and misinformed choices he’s made over the years, was given a happy ending. Don’t like it? Weiner thinks you’re missing out.

“I did hear rumblings of people talking about the ad being corny. It’s a little bit disturbing to me, that cynicism,” he told Homes. “I’m not saying advertising’s not corny, but I’m saying that the people who find that ad corny, they’re probably experiencing a lot of life that way, and they’re missing out on something.”

He went on to explain why that ad, in particular, was important and why people should stop scoffing at its optimism.

“Five years before that [ad], black people and white people couldn’t even be in an ad together!” Weiner reminded the cynics. “And the idea that someone in an enlightened state might have created something that’s very pure — yeah, there’s soda in there with a good feeling, but that ad to me is the best ad ever made, and it comes from a very good place. …That ad, in particular, is so much of its time, so beautiful and, I don’t think, as — I don’t know what the word is — villainous as the snark of today.”

Over the years, we may not have agreed with everything Weiner did to our friends on Mad Men, and we certainly took issue with his marketing tactics. But the man gave us a brilliant, beautiful ending, and this group of fans is truly in love with the rare but perfect television happy ending. 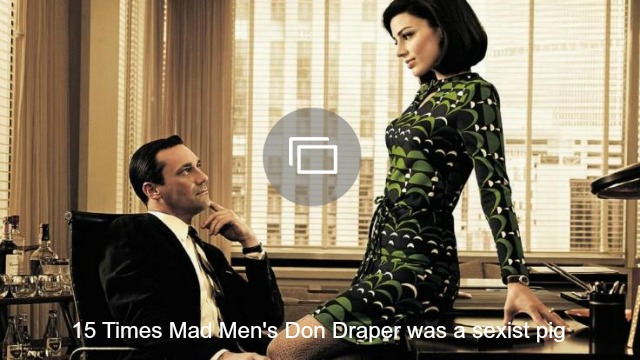