The Spice Girl formerly known as Ginger went for the full-on princess bride look to marry Formula One boss Christian Horner yesterday and we’ve never seen her look so lovely.

The 42-year-old looked beautiful in a bespoke couture gown made by Chelsea designer Phillipa Lepley. The white lace dress had long sleeves and a classic A-line shape, with lots of layers of tulle under the skirt to create a dramatic effect, and a super long train. Geri wore a traditional long veil, carried a bouquet of pink and cream flowers and gave onlookers a glimpse of glitzy, gold strappy platforms as she arrived at St. Mary’s church in Woburn, Bedfordshire. 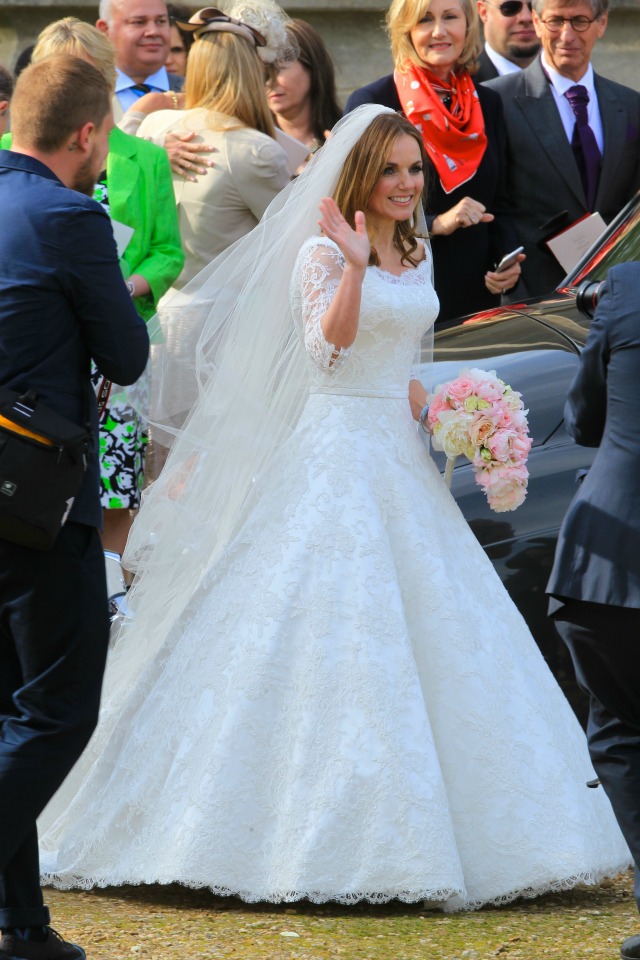 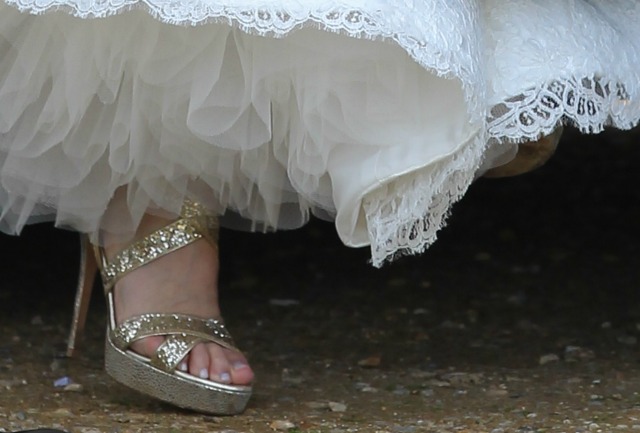 Geri’s daughter, nine-year-old Bluebell Madonna Halliwell, beamed as she arrived at the church with her mother in a traditional horse and carriage and is thought to have walked with her mother down the aisle. 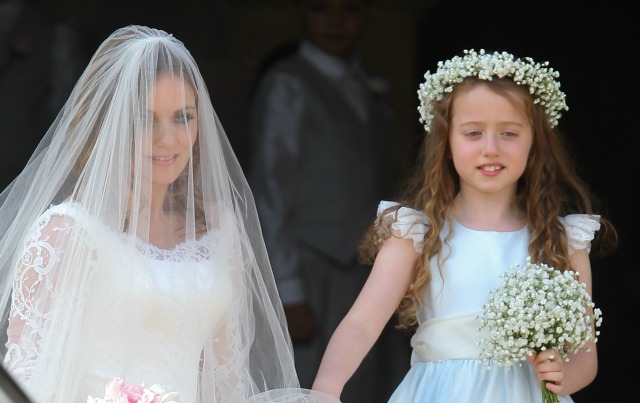 After the ceremony Geri shared her joy on Twitter, posting: “Most amazing day of our lives. Thank you to everyone who made it so special” — and she’s already changed the name of her account to Geri Horner.