Most of us have been waiting three years for Pitch Perfect 2, but for those who refused to wait to get their fix of Beca and Chloe, there’s been tons of fan fiction. We take a look at some of the stranger ideas fans of “Bechloe” have created.

If you know that “Bechloe” is a type of fan fiction where Beca (Anna Kendrick) and Chloe (Brittney Snow) have a romantic involvement, then you’ll be thrilled. Check out these stories written by dedicated fans of Pitch Perfect.

(All plot titles and summaries taken verbatim from FanFiction.net.)

1. Shake Your Skeleton by hurriCADE

Plot: “Beca, a social outcast who is constantly tormented at her high school, stumbles across a lonely red headed ghost stuck in an abandoned shed. They become very close, and both girls eventually begin to realize that they may be the key to saving the other.”

We can’t help but wonder how much singing will be involved in this story and what the acoustics would be like in a haunted shed.

Plot: “What happens when there is a tiny gem around your neck that tells you when you have found your soul mate? Will Chloe ever find who she is supposed to spend forever with or is she just an unlucky one? Will Beca be the one?”

We assume the gem glows when your soul mate is near. But what does it do if the person you’re dating is bad for you? Tighten around your neck? We’ll have to read the story to find out. 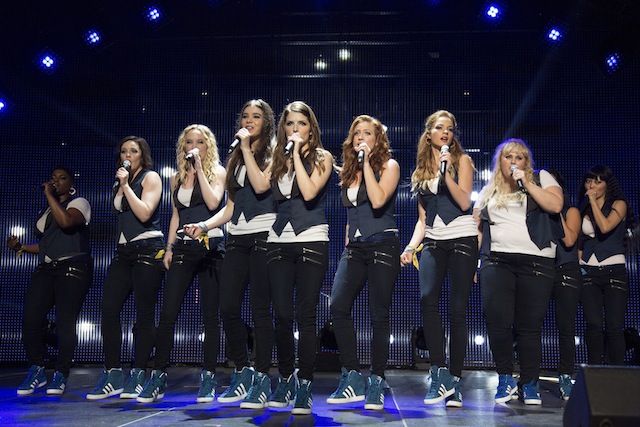 3. The Ten Things I Hate About Chloe Beale by Melissa7187

Plot: “When Beca finds herself falling in love with her best friend, she comes up with a list of things that she hates about Chloe to stop herself from falling for the one person she can’t have. She never thought that Chloe would find the list…”

We can only assume that this story was inspired by the film 10 Things I Hate About You. Considering that film was based on Shakespeare’s Taming of the Shrew, we expect big things from Melissa7187!

Plot: “Based off the movie Charlie’s Angels. Beca, Chloe, and Aubrey all have a past, when they were younger; they were approached by a random stranger with a proposition. They now work for John Smith, as his ‘angels’ fighting crime, and going under cover. They are called onto a new case to protect a girl named Lilly, who is to be considered the world’s next genius.”

More: Insurgent is for misfits and the reason is incredible

5. Fading Faster Than the Speed of Light by acafuckmylife

Plot: “Chloe volunteers at a homeless shelter every weekend. She’s been doing it for years, so she knew a lot of homeless people around L.A. To her surprise, one day when she’s volunteering her eyes fall upon the most beautiful homeless woman she had ever seen. Something about this short brunette immediately catches her attention making her want to know more about her.”

Plot: “Chloe wants to have sex in random places.”

Maybe that’s really what that redheaded ghost in the haunted shed is hoping to see.

Plot: “Hundreds of years after the first manned mission to Mars, mankind lives among the stars and is embroiled in a decade long conflict with a mysterious foe. This story follows a squadron of pilots on the front-lines of the war who are fighting to save mankind. Bechloe (slow burn) and possible Staubrey.”

We love science fiction — so sending Bechloe to Mars is just out of this world! We only wonder if they can still sing in space.

Plot: “26 chapters of nothing but smut.”

You knew someone had to go there.

Pitch Perfect 2 is out in theaters today.