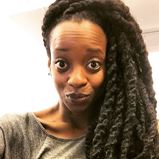 There is only so much that women can take when it comes to the ruining of childhood memories.

Learning that your favorite hangout turned into a condo, seeing your mom accidentally sell your Barbie dolls or realizing that eating Now & Laters as a 30-plus-year-old isn’t the best idea anymore is sad enough. Finding out that Hollywood is ready to take one of your cherished movies of yore and remake it is crossing all types of lines, and certain things need to be held sacred.

After a glorious day at work, I discovered that a classic, pseudo-Gothic teenage angst masterpiece, The Craft, is being remade by a popular movie studio. After screaming “No!” on a public bus, calling my best friend to say, “Why, lord — why?” and ranting about it on Facebook, I decided to pen this opinion piece because someone has to say something.

It’s scary enough that they tackled Jem and the Holograms, and the trailer looks questionably concerning. A redo of The Craft is like taking my teenage years, burying them in the ground alongside my Cranberries CDs and laughing while I watch. It’s hurting my inner awkward 14-year-old heart.

There are movies that are ageless and generational anthems, to a certain degree. Movies such as Heathers, The Breakfast Club, The Crow and The Craft hold a special place in any woman’s heart that grew up in the ’80s and ’90s. Having a weird, yet totally off base and inaccurate period in life where you tried urban legend witchcraft activities was a super-big deal if you grew up angsty in the mid ’90s. It is in the handbook along with Daria appreciation and overly scribbled handbooks with a lot of crosses in them, for some reason. To relive that experience can be hilarious at times, when you sit back and cackle at how you really thought that “light as a feather, still as a board” could work in real life.

Remakes like this should scare you because we all know that a majority of rebirthed films tend to fall flat if the right director isn’t in charge. A bad casting decision and a preview trailer is the kiss of death for any movie when it comes to public response. I am not ready to see that with The Craft. I’m not ready!

I know it’s too late to make someone change their mind about doing this in Hollywood land. However, I reserve the right to be extremely worried that my teenage daydreams of forming a circle are going to turn into a poor man’s Vampire Diaries minus handsome guys and vampires. Honestly, who is going to reenact Robin Tunney’s — Sarah in the film — classic “running technique”? What about the hair-color change scene? Who will do this? You tell me. I’ll wait.

Who can give “crazy eyes” better than Fairuza Balk? Will she be consulted? Is she in the movie? Just give the part to her again, please.

And if they cannot find a suitable actor to play Skeet Ulrich’s character, then I’m afraid this movie ain’t gonna make it.

I know that I am speaking to a strong majority of people who will stand arm in arm with me on a lonely street shouting, “Leave my inner teenage girl alone!” I am aware that a percentage of you are saying to yourself, “It’s just a movie, girl.” Some of you probably think I am a weirdo. That’s fine. But if they touch The NeverEnding Story, don’t email me about putting together a collective hunger strike because I’ll be ahead of you by several days.

More: 6 Reasons we don’t need a She’s All That remake