Amy Schumer is a woman on a feminist mission to end sexist double standards.

She’s taken on aging in Hollywood in “Last F***able Day,” made guys feel really stupid about obsessing over the female backside in “Milk Milk Lemonade” and even pointed out the ridiculous aesthetic standard women are held to.

Until now, all of Schumer’s brilliant skits have been aimed towards men, but with the new spoof, “Celebrity Interview,” the comedian is taking aim at her female contemporaries who are helping to perpetuate the very female objectification she is fighting against.

Is it OK that Schumer is shaming other celebs? On one hand, pointing out their behavior during late-night interviews definitely helps keep the double standard discussion going. On the other, it seems a little mean (albeit hilarious) to belittle the way people act so publicly. Schumer does a great job of empowering females in her other sketches, but this particular sketch doesn’t quite fit into the girl power category.

Schumer was fairly ambiguous in calling out celebrities, with one glaring exception. Here’s who we think she might have been shaming.

Ouch, nothing ambiguous about this one. The flirting, the referencing of the wife, the innuendo and, more obviously, the name. It’s a pretty accurate representation of a Blake Lively/Dave Letterman interview. Lively has even previously told Letterman she has a crush on him, as Schumer says to Bill Hader in the spoof. While we can understand where Schumer is coming from, it seems unnecessary to specifically call Lively out by name. Feminism should be about lifting people up, not making them feel bad about themselves. However, this sketch is calling out Dave Letterman just as much as any female celeb. 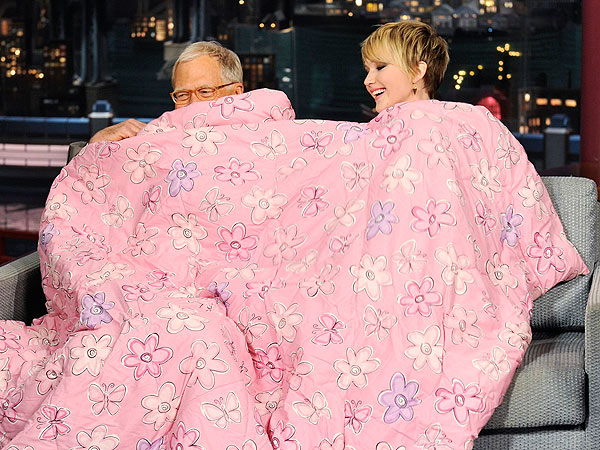 “I’m sorry, it’s just, like, so cold in here,” Schumer says. “I have this thing that’s very unique to just me, where I’m always cold.” This is eerily reminiscent of the time Lawrence and Letterman discussed her hypochondria and the fact that she’s always cold in an interview back in 2013.

In a nod to the woman who would do anything for Hitler, Schumer’s character in the skit says her dog’s name is Eva Braun. Is this referencing the fact that Hollywood starlets will act any way powerful men in Hollywood tell them to? We can’t be sure, but it sure seems like it. 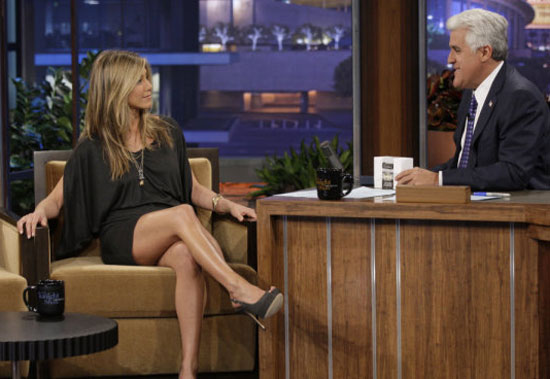 In the sketch, Schumer’s legs progressively get shinier and more bronze as time goes on. Is it just us, or does the same go for Aniston? Let’s be real, though, the reference could be aimed at a number of women in Hollywood, like Jennifer Lopez or Gwyneth Paltrow. 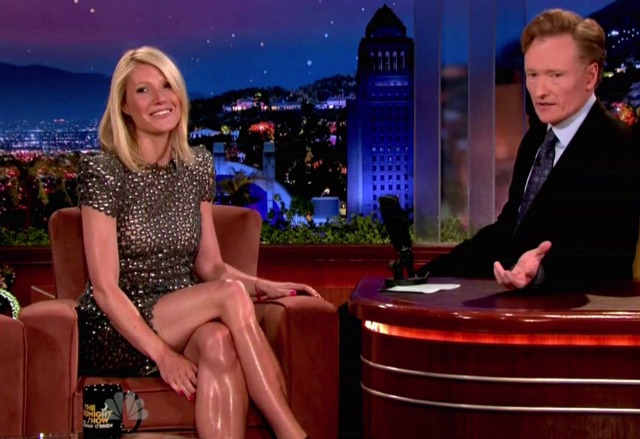 Clearly, Schumer isn’t the only one who’s noticed that attractive female celebrities like to brand themselves as “nerds” who love comic books and Star Wars. The compilation “Hot Women Pandering to Nerds” calls out almost every actress who’s ever tried to reach a broader audience by making themselves more relatable to all the Trekkies and Battlestar Galactica fans out there. But how are we to know which of the women really are nerds?

“I’m told my idea of a perfect evening at home is just, like, staying at home and baking for my best girlfriends,” Schumer’s Blively coos. Toss in some polaroids and it sounds kinda like a T-Swift party to us.

What do you think? Is Amy Schumer being too harsh or just telling it like it is?