ABC dropped a shocker on us at the end of Chris Soules’ stint on The Bachelor — there would be not one, but two Bachelorettes. And, on May 18, 25 men will decide whether they want Britt Nilsson or Kaitlyn Bristowe in the hot seat. 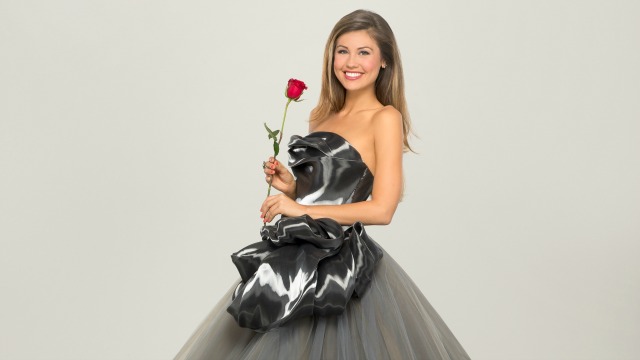 Naturally, the introduction of the men who will be determining Season 10’s queen of hearts has left us with many questions. Like, what in the actual eff is a “healer”? Or how about, “Did that dude really just say ‘hella’?”

More: The Bachelorette: 10 Things that happen behind the scenes that you’ll never see 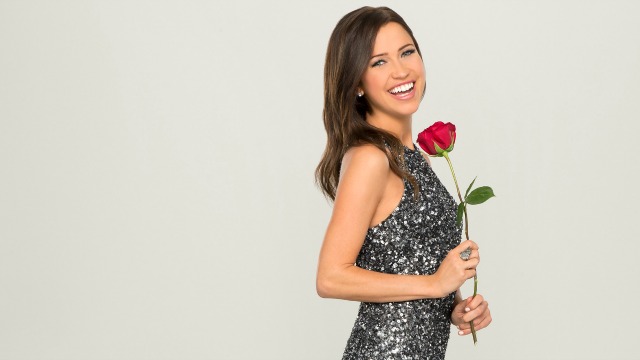 But the most pressing question in our minds, of course, is which Bachelorette will sway each potential suitor’s vote. So we’re wagering our predictions now. Feel free to reach out for palm readings after the premiere proves us to be alarmingly accurate. 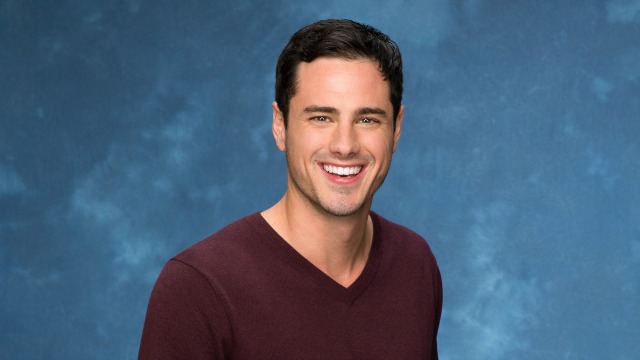 A software salesman from Denver, Colorado, Ben H. counts 500 Days of Summer as a favorite movie, would love to lunch with Nelson Mandela and thinks the ultimate date is a nature hike. Because he’s a bit outdoorsy and appreciates a good indie rom-com, we’re going to go with Kaitlyn here. Homegirl loves to camp and we imagine she’s a chick who (rightly so) appreciates Joseph Gordon-Levitt. 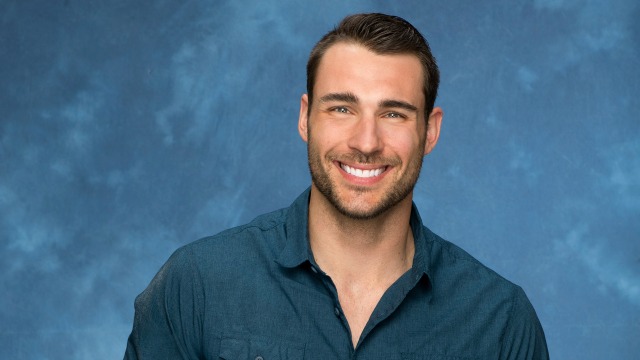 The other Ben — a fitness coach from San Jose, California — loves his mom (“I would take any extra second I could get with her”) and considers himself to be “pretty reserved or calculated.” Due to the fact that he lives in Southern California like Britt and he seems to be a bit of a sap (like Britt), we’re betting Ben Z. votes for, you guessed it, Britt. 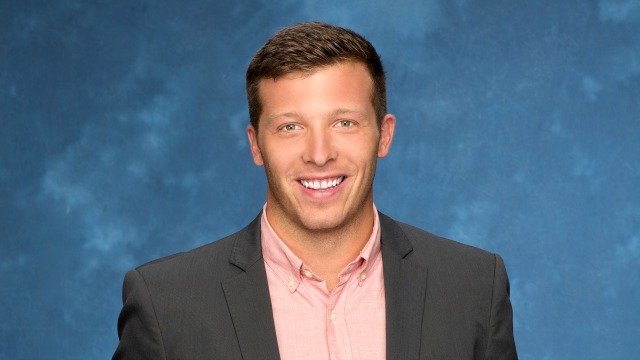 This international auto shipper from Atlanta, Georgia, digs Will Ferrell movies and would like to find a woman who’d “turn the tables and bring her game to me.” Uh, this guy’s gotta vote for Kaitlyn. Further proof? His biggest date fear is “someone who can’t handle or understand my sarcasm.” And, as we all know, sarcasm is Kaitlyn’s native tongue. 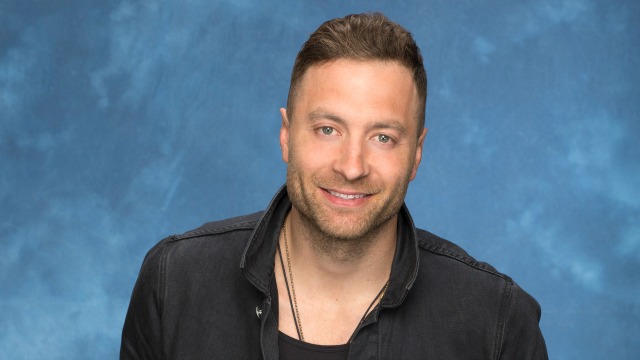 If there’s any stock to the rumor mill, this seemingly spiritual singer-songwriter chose Britt on and off camera — some fans are convinced Britt doesn’t get picked to be the Bachelorette, but that she and Brady are happily canoodling all over the country. So, yeah… Britt for this big guy. 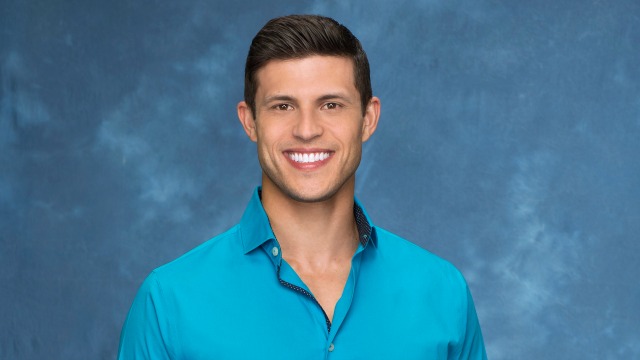 Another Nashville-ian, this dentist boasts pearly whites (natch!) and likes to hang out in bars. And while that latter tidbit makes us lean towards Kaitlyn, the fact that his biggest fear is a girl trying to eat his food swings the pendulum in Britt’s direction. C’mon… you know ballsy Kaitlyn would snatch some fries off a guy’s plate should she feel so inclined. Besides, he’s bound to appreciate Britt’s stellar chompers. 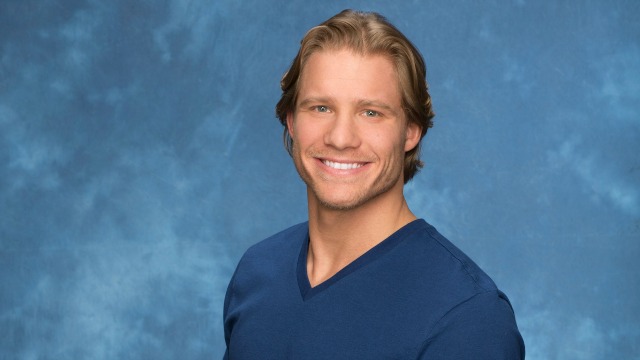 An architectural engineer from Chicago, Clint cops to admiring his dad more than anyone else “for his work ethic, ingenuity and creative drive, and his way with people.” Since Britt seems like a total Daddy’s girl, Clint will likely be drawn to her. Bonus? This flowy-haired lothario could share hair products with notoriously gorgeous-maned Britt. 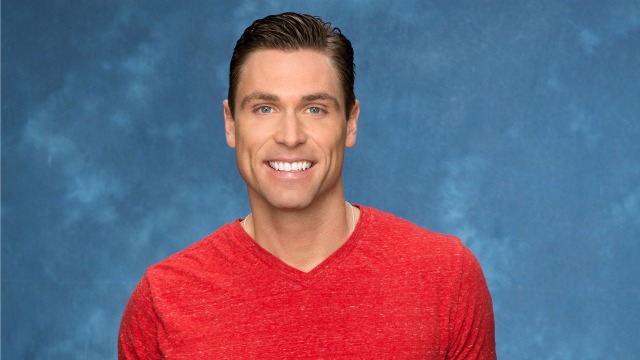 An investment banker from New York, Corey calls the Dalai Lama an “enlightened cat” and is “fascinated by people that choose to do what they love no matter what anyone thinks.” As such, he’s probably pretty into Britt’s hippy-dippy brand of handing out hugs to strangers and living out her days as a free-spirited waitress. 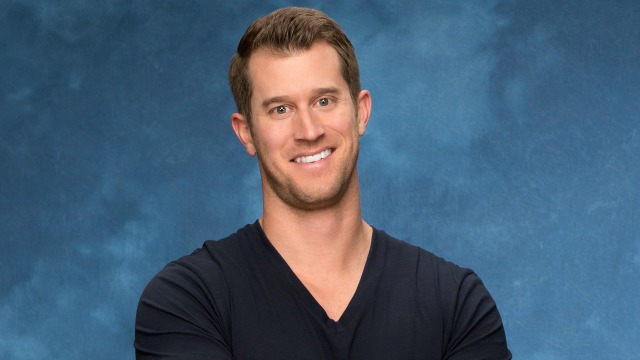 The other Cory (aka Cory-minus-the-E) is a big fan of dates who are “up for anything.” Coupled with the fact that his favorite movies include Along Came Polly and The Goonies, we’re confident this residential developer from Texas wants to keep Kaitlyn around. 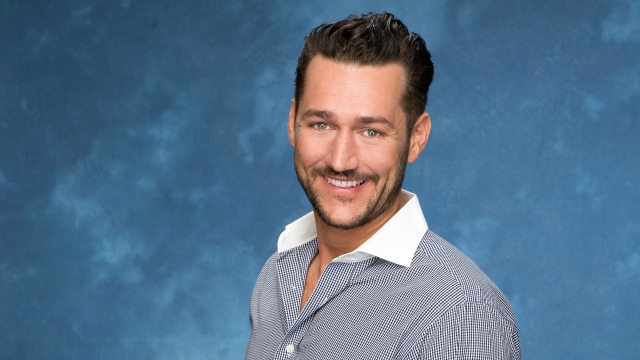 Hmm… Daniel is a tough cookie to crack. He’s a fashion designer, which seems more in line with a former model like Britt. However, his biggest date fear is a woman being “dishonest and manipulative” — and those were essentially Britt’s scarlet letters on Soules’ season. It’s a toss up, but our guess is going to super-honest and straightforward Kaitlyn. 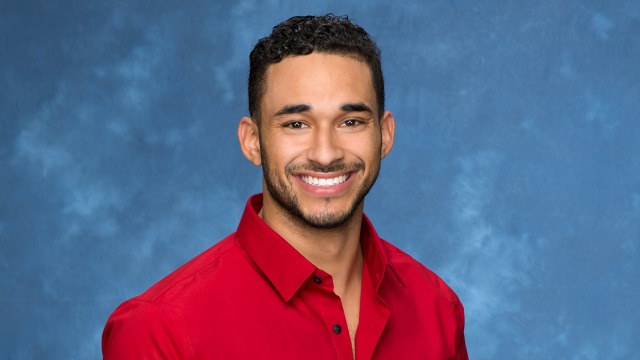 A real estate agent from Orlando, Florida, David is clearly a dude’s dude — his favorite movies are 300, Fight Club and Inception, and his ideal bro-date would be with Brad Pitt. A guy like that probably doesn’t need more buddies, like guy’s girl Kaitlyn. Rather, we imagine he’ll choose super-girly Britt. 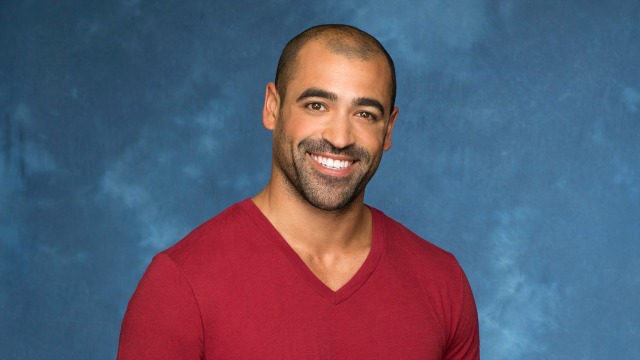 This tall drink of water is an executive recruiter from Los Angeles, California — putting him in close proximity to Britt. However, given that his dream lunch date would be Jimmy Kimmel, we’d be remiss not to give this one to Kaitlyn. I mean, she did go on the ultimate Kimmel date with Chris Soules. 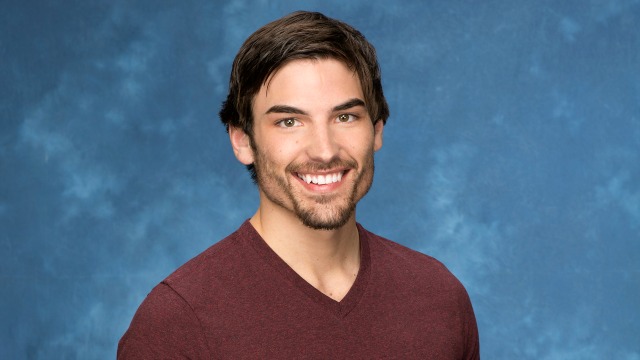 First of all, Jared — a restaurant manager from Warwick, Rhode Island — is adorable. Now that we’ve gotten that out of the way, we’re going to go ahead and give this one to Britt. Why? This nice guy considers his greatest accomplishment to be volunteering at a week-long summer camp for children with cancer, and Britt has been pretty vocal about her passion for helping children in need. 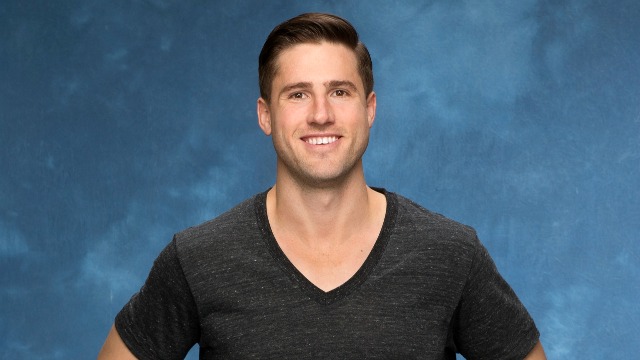 A former investment banker (which we’re guessing is code for unemployed), JJ doesn’t want to waste “my time and money on someone who was just using me for dinner.” And, you know, since lots o’ people speculated Britt was conning Chris Soules, we think JJ will skip the risk and vote for Kaitlyn. 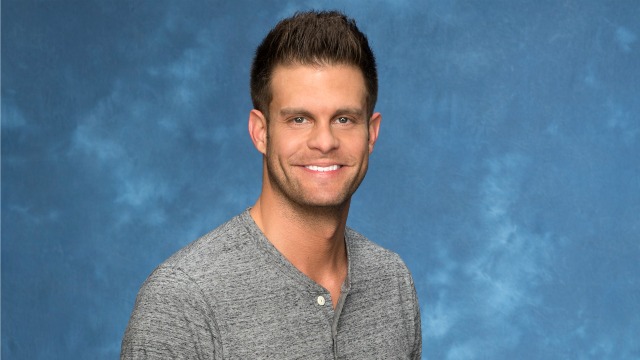 A man who doesn’t believe in a five-year plan sounds like someone who might just like Britt’s go-with-the-flow approach to la vida loca. Joe, an insurance agent from Kentucky, “takes life one day at a time.” And he really misses his grandma, y’all. He’s probably banking on Britt’s free hugs to perk him up. 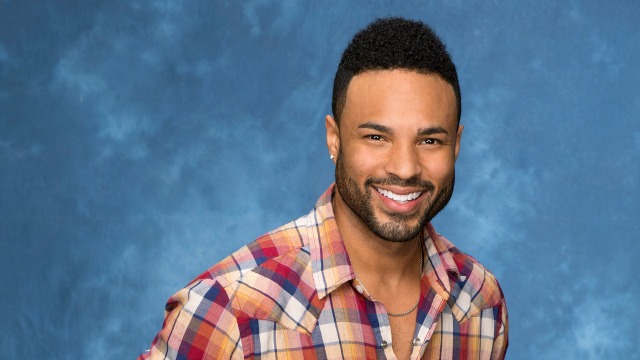 A romantic who loves rap music? Hello! Jonathan the automotive spokesman is totally up Kaitlyn’s alley. Plus, he claims to be attentive to a woman’s needs in bed, and we all know what that means. Let’s hope for Kaitlyn’s sake that this guy makes it all the way to the fantasy suites. 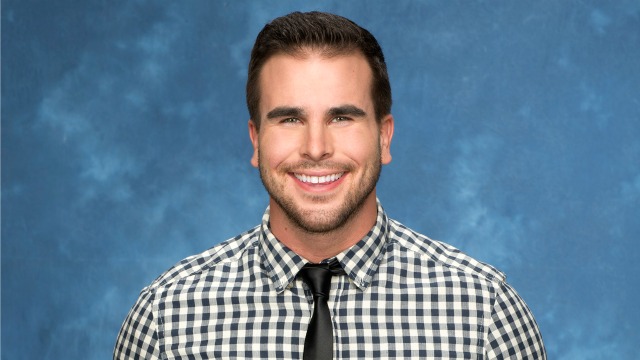 There are many arguments to be made in favor of 27-year-old Josh voting for Kaitlyn. Exhibit A: He admires anyone who resists the norm, which fits adventurous Kaitlyn to a T. Exhibit B: He hails from Chicago, and Kaitlyn strikes us as the type of gal who’d appreciate visiting the Windy City. But, most compellingly, there’s exhibit C: Josh, dear friends, is an exotic dancer. With Kaitlyn being a dance teacher and, well, a wee bit raunchy (in the most endearing way), how could these two not fall in love, get married and have little baby Magic Mikes? 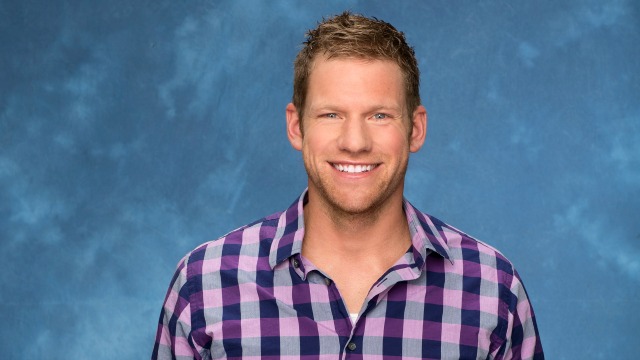 Idaho native Joshua may look the blond-haired, blue-eyed prototype of Middle America, but his nine tattoos and penchant for Dumb and Dumber hint at a wild side. He’s Team Kaitlyn, all the way. 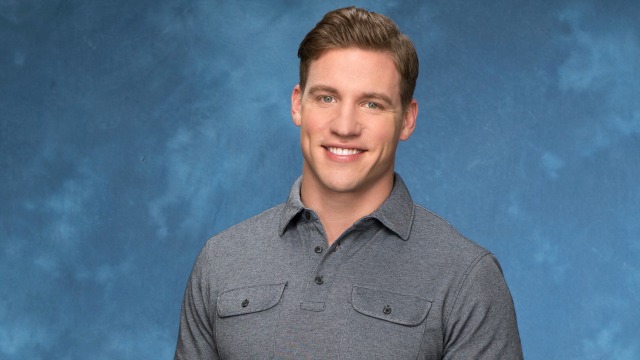 Both ladies will likely be a fan of this Illinois native, thanks to big ol’ dimples à la Chris Soules. Still, there are a few important factors into who the 28-year-old fitness trainer might like to woo. Like the fact that he says things like, “Romance has many vehicles to express how special someone is.” Non-ironically, at that. This softie is a sure bet to vote for Britt. 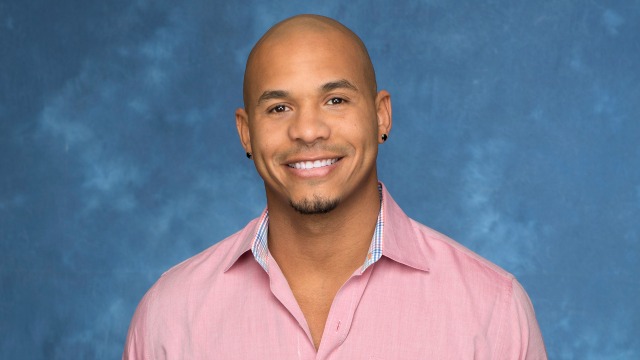 An entrepreneur from Boston, Kupah dreads dull conversation, has major hometown pride (Mark Wahlberg is a hero of his) and he still listens to Eminem and DMX — all traits that point to him voting to keep Kaitlyn around. Furthermore, “FOOOOOOOORRRRRRRREEEEEEEVEEEEEEEER,” is his response when asked what marriage means. Cute, charismatic and he quotes The Sandlot? Now we want to bone him. 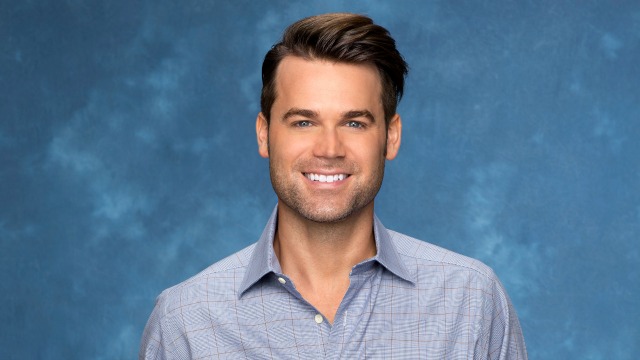 Ryan B., a Florida-based realtor, is a man of few words based on his bio. With little clues to go off of, we have to assume the fact he’d like to be Seth MacFarlane for a day means he’s into funny shit. This would suggest he’d choose a chick like Kaitlyn, who can keep him laughing. 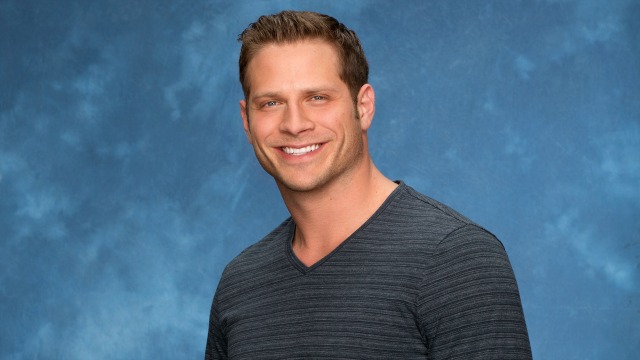 While we are simultaneously intrigued and confused by Ryan M.’s job as a “junkyard specialist,” we’re keen on his choice of The Shawshank Redemption as a favorite film. Given that he is a family-oriented fella looking for a “soulmate,” we think he’ll opt for new-agey Britt. 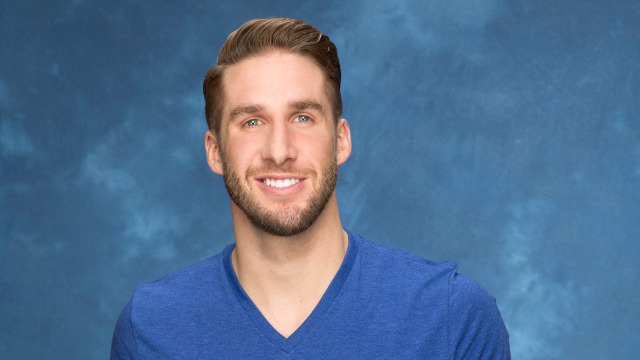 A personal trainer from Connecticut, Shawn B. is a big fan of music monoliths Blake Shelton and “obviously, One Direction.” A 28-year-old who likes to Hulk Smash and is a self-professed Directioner? His vote will be for fellow kid at heart, Kaitlyn. It’s also worth mentioning that if Calvin Harris and Ryan Gosling had a love child, it would look a lot like Shawn B. Swoon. 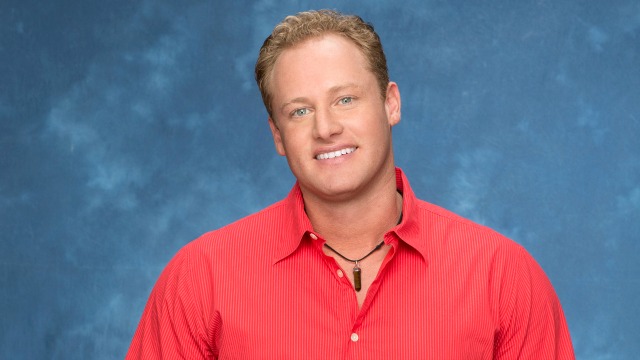 Ian Ziering, er, we mean Shawn E. is an amateur sex coach from Ontario. So what — he’s either a man who is marginally good at sex teaching who helps other people have sex or he is a man who is helping other people to be marginally good at sex? Or is being a sex coach like doing karate and he has yet to get the certs to get him to black belt level? Stay tuned for more on this mystery, folks. In the meantime, we’re going to guess he votes for fellow Canadian Kaitlyn. 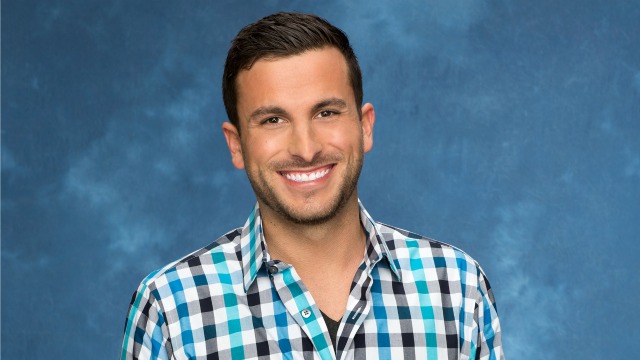 Tanner, who hails from Kansas City, is an auto finance manager. He’s a big fan of a gal who “makes eye contact and holds conversation” and he’s not so keen on ladies who get “sloppy drunk.” The latter half of this assertion may or may not rule Kaitlyn out. Britt it is! 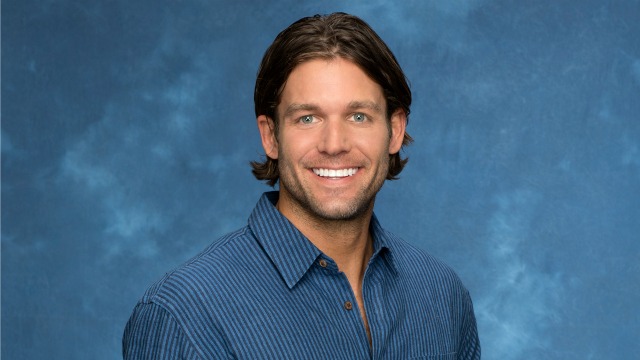 Meet Tony. Tony is a “healer.” We have no effin’ clue what that means, but suffice it to say we probably won’t be phoning this stud if our appendix ruptures. Still, we could see how Tony the healer might have an easy touch, and something about his flighty vibe — his favorite movies run the gamut from Into the Wild to A Christmas Story — suggests he’s a fan of Kaitlyn’s.

That’s 14 votes for Kaitlyn and 11 for Britt. Do you think we nailed it? Is Kaitlyn the next Bachelorette? Sound off in the comments below.

All images courtesy of ABC