Fans of The Vampire Diaries were upset to learn that one of their favorite characters, Elena Gilbert, played by Nina Dobrev, is exiting the show in Season 6. But don’t worry, because apparently the exit is going to be awesome.

More: Nina Dobrev’s exit from The Vampire Diaries is not what you expect (EXCLUSIVE)

Dobrev revealed during an interview with Self magazine’s June issue that her final scenes in the show are going to be “epic and powerful.

“It’s important for me that it be epic and powerful,” she told the publication. “I feel like I’m a completely different person than I was and I’ve grown so much. It’s been a big part of my life, and I want it to be beautiful. I want it to end well.”

During the six years that Dobrev has spent on the hit CW show, she has become very close with the cast — she even dated her costar Ian Somerhalder, aka Damon Salvatore, for several years — and it won’t be easy not being around them anymore.

“I’ve loved working on this show. It’s been such a crazy, awesome adventure, and I’ve been surrounded by so many people who I consider family,” she explained. “I know this is a new exciting step in the right direction for me, but it’s going to be so strange not to be with them.”

More: Ian Somerhalder reveals what’s next for Damon and Bonnie — and it’s not good

As sad as we are that Dobrev will be leaving The Vampire Diaries, we’re looking so forward to her final scenes, and we’re pretty sure they’re going to be nothing short of fantastic. 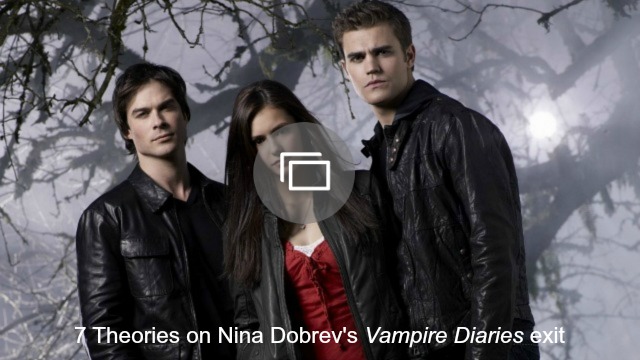