Andy Cohen recently made a bombshell revelation when he said the most famous person he has ever slept with was former *NSYNC member Lance Bass.

During an interview with The Real Housewives of New York star, Sonja Morgan, on the most recent episode of Watch What Happens Live, Cohen said, “The most famous person I ever slept with, I guess, is Lance Bass.”

However, Bass might not recall their time together in the same way. While visiting the SiriusXM radio show Dirty Pop, via Us Weekly, he clarified what really happened between himself and Cohen all those years ago.

“First of all, I’m not going to tell you what I do in the bedroom,” Bass began. “Sex is a broad term… like ‘Andy banged Lance’ — when did he ever say that? This is an old story. Three years ago, we told everyone we hooked up… Now it’s getting into who did who? I can just tell you right now, there was no Andy D going in my B,” Bass revealed, adding, “I’m not going to tell you what went down… but it’s not what people are thinking.”

Bass also shed some light on when the hooking up happened, sharing that he had just gotten out of a relationship that had not ended well.

More: 8 Totally ‘gay things’ Lance Bass had at his wedding

“It just happened that Andy was with me on this vacation,” he recalled. “It was so nice and romantic, and it was just a nice time. It was one of those things where I needed someone to hold onto.”

So, there you have it, folks! 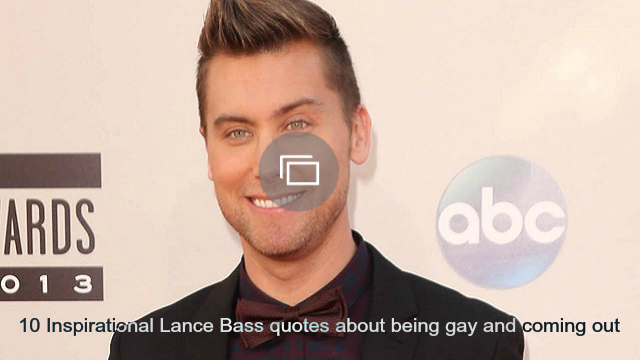