Can this season of Party Down South really already be over? Say it isn’t so! Alas, ’tis true… but luckily, our lovable gang of hell-raising housemates managed to pack the finale with drama, beer and even a few tears.

But let’s back that thang up for a hot minute. Last we left off, Hott Dogg and Daddy were getting so raunchy at Mud Fest that Murray exiled them back to the campsite. I know what you’re thinking: If you can’t get raunchy at a mud run, where can you?

Is that a tent stake in your pocket, or are you just happy to see me?

They retreat to the campsite where, in true Daddy fashion, he has trouble with the tent. Only this time, it’s not pitching a tent that’s the problem, it’s getting the actual tent unzipped. Seriously. It wasn’t happening.

“Daddy and Hott Dogg were trying to go to bed, and Daddy couldn’t figure out how to get into the tent,” says SallyAnn Salsano, 495 Productions president and founder and creator/executive producer of Party Down South. “He took about 20 minutes to figure that zipper out.” 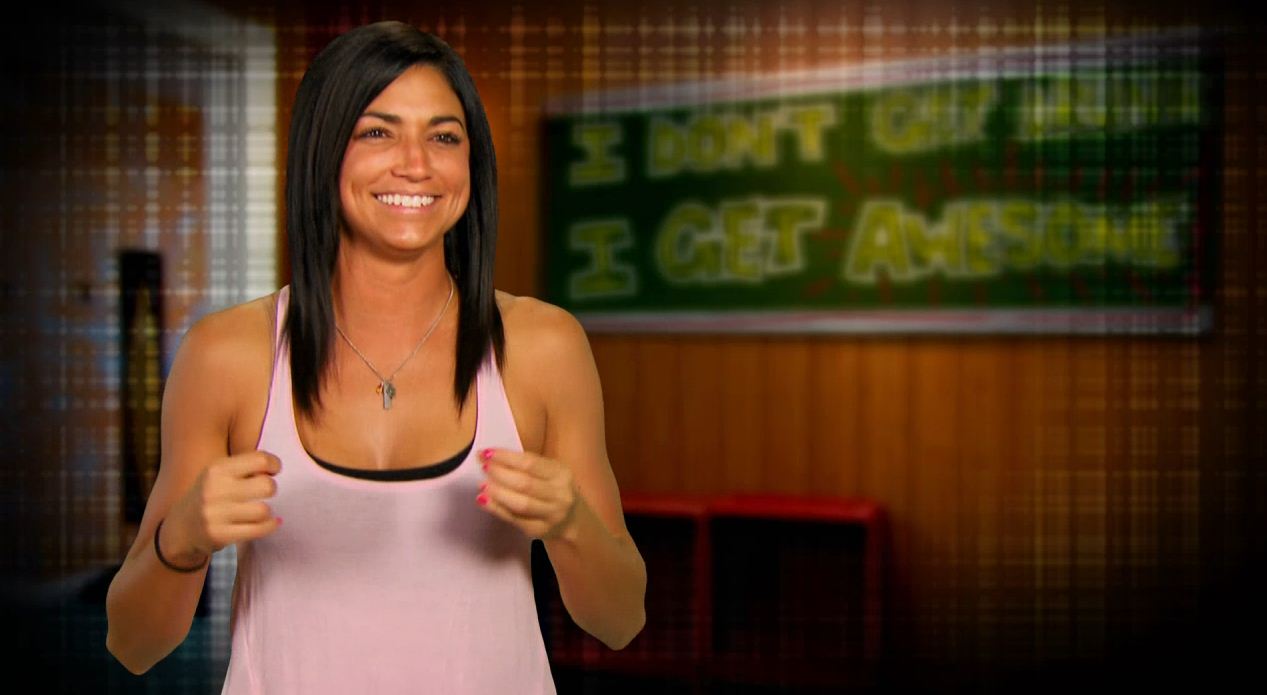 As everyone (else) gets ready to hit the sack, some chick asks Lauren if they are going to enter the bikini contest — and she volunteers Mattie.

At first, Mattie isn’t keen on the idea, telling Tiff she has gained weight. Happily, Tiff and Lauren give her a super-sweet pep talk oozing with their confidence in her, and Mattie agrees.

Not surprisingly, the housemates all proved incredibly supportive. Perhaps even too supportive, in Tiff’s case. “Tiff looks like an angry pageant mom,” Lauren astutely notes as Tiff screams stage directions at a flustered Mattie.

Then again, maybe having Tiff the stage mom waiting in the wings did the trick. After all, she did win — and it was her first win for a bikini contest ever, so she was super stoked.

“Mattie was so surprised that she won!” confirms Salsano. “As soon as she got the prize, she immediately made plans to take out her girl roommates for a girly day at the nail salon.”

Meanwhile, Lyle and Walt developed a solid strategy for picking up chicks at Mud Fest. They lingered at the side of the stage, consoling defeated bikini-wearing contestants as they were eliminated.

No word yet on whether this sound plan led to either one of them getting banged, although Lyle’s engagement news today (congrats, man!) would suggest a big negatory for Boudreaux.

After the gang gets back home, they decide that they are going to get dis mother going right by — in Walt’s words — getting “shit-in-my-pants drunk.” And, let’s be real, when Walt says that… you can take him literally.

But while getting supremely intoxicated means lack of bodily function control for Walt, it means the emergence of Martha for Mattie. Tiff does her best to Martha whisper Mattie into submission, but to no avail.

I mean, if a soapy slide can’t keep Martha at bay, I just don’t know what will. Soapy slides give you endorphins. Endorphins make you happy. Happy people don’t just go Martha on your ass. They just don’t.

Poor Hott Dogg, who is sleeping in Mattie’s bed, finds herself smack-dab in Hurricane Martha’s path — and she nearly gets deciminated for it. To be honest, I’m not really sure why. Although, the next morning, during her apology to Hott Dogg, Mattie offers up a pretty decent (and heartbreaking) explanation.

In short, she is mad at herself because she always hurts the people she loves most. So she lashes out. It’s OK, baby girl, we’ve all got our demons. Besides, Mattie has gotten good at apologizing for Martha by now.

Explains Salsano, “In the beginning, Mattie would apologize the next day each time, but as the roommates have gotten closer, she apologizes by cooking in the morning. It’s her way of saying, ‘I’m sorry.'”

For their last full night of partying together, they get sloshed and decide to swap personas. Walt dresses up as Daddy (complete with Hott Dogg-styled hair!), Daddy dresses up as Walt, Lyle comes out as Murray and Mattie makes a cameo as Lyle.

It’s frickin’ hilarious. They are all goofy as hell.

Later that night, the guys go out and get a ton of food and $300 worth of fireworks so they can send this season out with a bang.

My jealousy level peaks — not just because I have a penchant for the mildly reckless use of tiny handheld explosives, but mainly because Chef Lyle is in the house!

Does anyone else think Boudreaux needs his own country cooking show? Like, badly. Salsano seems to agree, for one. “Lyle is a great cook!” she confirms. “He always makes extra so the crew gets to eat some, too, and they all love it.”

As Daddy and the boys are down by the pool relaxing, Hott Dogg comes out on the balcony to ask Daddy for one more last-minute bang sesh. Could this girl get any more thoughtful?

Daddy decides to spice things up in the bedroom by making love to a wiener, um, as a wiener. “I have never done a hotdog before,” she explains of Daddy wearing her hotdog costume. “This is going to be a first for me.” 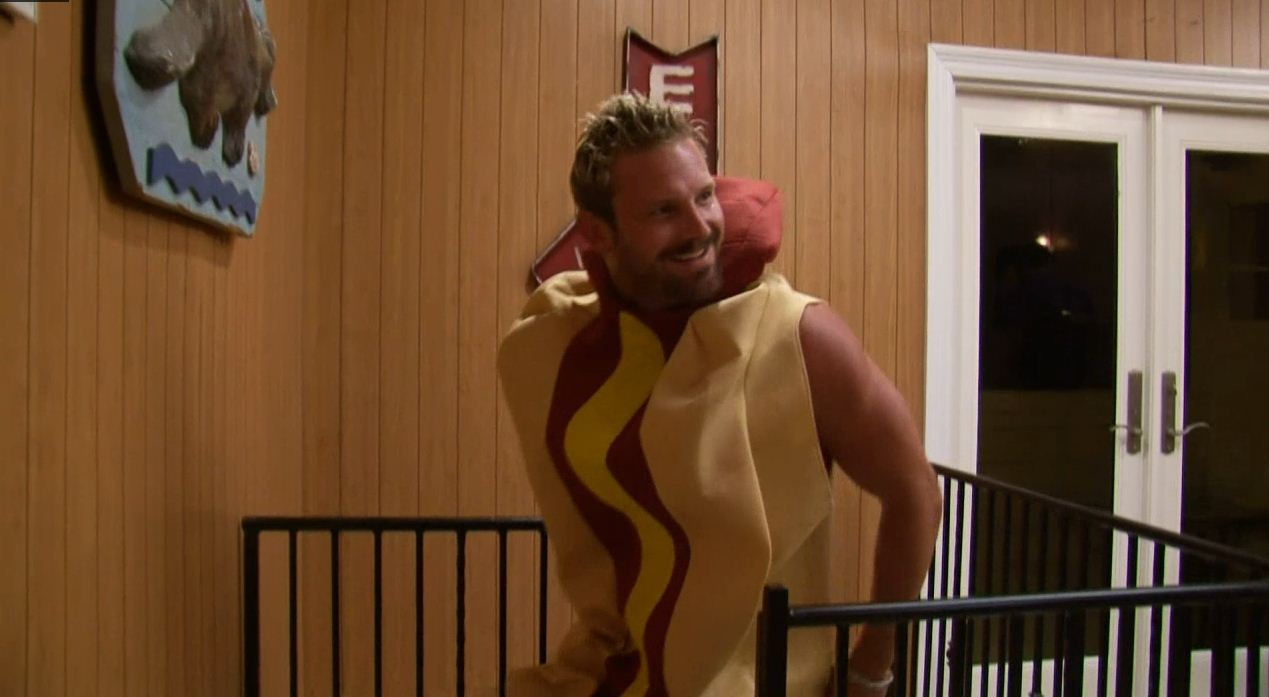 Boy, that’ll be fun to explain to the kids one day.

I hate to see you leave, but I love to watch you walk away

On their last morning in Biloxi, Murray fixes everyone a big-ol’ Southern breakfast that would make any mama proud. Then, everyone grieves the end of vacation in their own way.

Daddy forlornly packs up his bazillion bongs. Hott Dogg cries because, well, she’s a bit of a crier. Lyle vows to fart all over the house during their last few hours in it.

One by one, they all leave — in agreement that this summer was far superior to the last. And that, despite all the drama, you know what? Hott Dogg and Daddy actually do make one cute couple.

And, wouldn’t you know, this season of Party Down South‘s star-crossed lovers are the last two to leave.

As Hott Dogg laments the fact that she won’t see Daddy or hear his voice every day, Daddy admits that maybe there is something real between them after all.

“Hott Dogg saved me from going out, getting drunk and bringing home a girl that looked like the Predator,” he says. “I think she’s a really cool chick, a sweet girl and this has been a home run for her and me.”

Say it with me, y’all: “Awwww!” Could next season of Party Down South include a wedding? One (and by one, I totally mean me) can only hope.

Teases Salsano, “Everyone loves Hott Dogg and Daddy; they’re the Southern power couple. Are they still together? You’ll have to watch and find out…”

But, regardless of Hott Dogg and Daddy’s romantic fate, our favorite posse of party-all-nighters will be back before we know it, assures Salsano.

“This is definitely not the end for these guys. Don’t worry. There will be more funneling, more pretzeling and more partying still to come!” 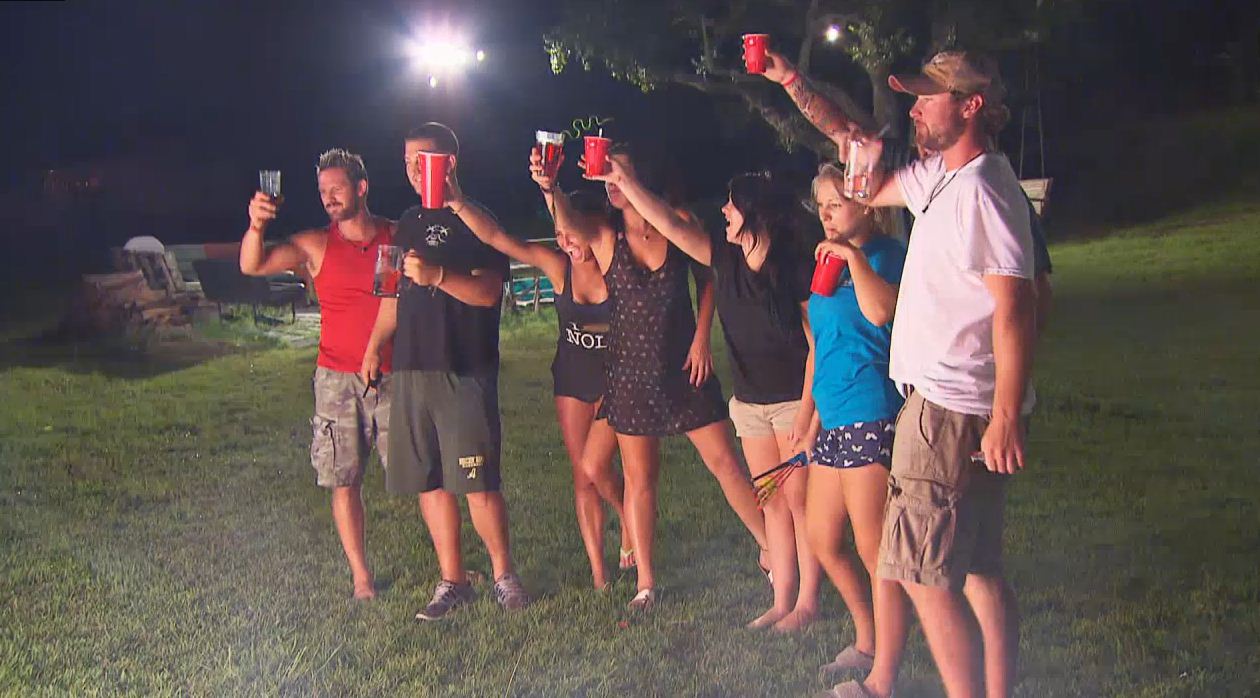