Jeremy Renner is still getting a lot of heat for referring to Black Widow as a “slut,” but the backlash doesn’t reflect on him so much as it does on the connotation of the word and the shame it implies.

During an interview with Conan O’Brien, Renner explained why he said what he did.

“So I was asked the question, ‘Black Widow has been linked to Hawkeye, Iron Man, Bruce Banner and Captain America, so what do you think about that?’ And I said, ‘Well, sounds like she’s a slut.'”

Renner has since apologized. Multiple times. In a written statement and publicly.

“I am sorry that this tasteless joke about a fictional character offended anyone,” Renner said in the statement. “It was not meant to be serious in any way. Just poking fun during an exhausting and tedious press tour.”

And that’s totally fair. Apology completely accepted in my point of view. He is forgiven.

But his word choice still brings up an interesting point of discussion that’s worth writing about.

During his recent interview on Conan, Renner tried to continue to justify the comment, “Now, mind you, I’m talking about a fictional character and fictional behavior, but Conan, if you slept with four of the six Avengers, no matter how much fun you had, you’d be a slut. Just saying. I’d be a slut.”

Now, the problem is not so much in calling out Black Widow for her decision to sleep with as many Avengers as she seemingly can, but in the word choice Renner used. And that’s the point he seems to be missing. Even now.

Words like “slut” and “whore” are used to put women down and act as degrading ways for judgmental people to put a woman in her place for enjoying sex.

But no woman should ever feel embarrassed for her decisions regarding intimacy.

Ladies, it’s your body. Use it how you want, when you want, in whatever kinky ways you want. (I’m definitely drawing inspiration from Scandal here.)

Which is why I think, in this progressive and thoughtful world we are trying to shape, we should do away with harsh words like that to express a woman’s desire to be with multiple men.

Because that desire isn’t wrong. It might not be everyone’s choice or way of approaching dating, but it isn’t wrong. To each their own and we all have unique experiences that shape the way we approach decisions like these, whether it be religion, family values or morals. And these personal choices are just that: personal.

If Black Widow’s being honest with all partners involved and is happy with her decisions to experience as much of the Avengers as she can, then more power to her.

It sounds like she’s a confident and sexy woman who wants to get to know different people in order to discover what she really likes.

More: 5 Franchise movie worlds that would scare the crap out of us if they were real

And that might not be considered “societally acceptable” of her, but as the famous quote from Marilyn Monroe goes, “Well-behaved women seldom make history.”

So make your own rules.

Decide what feels right for your life.

Go with your gut.

And sleep with as many Avengers as you want to.

Do you agree that we should get rid of words like “slut” and “whore” once and for all? 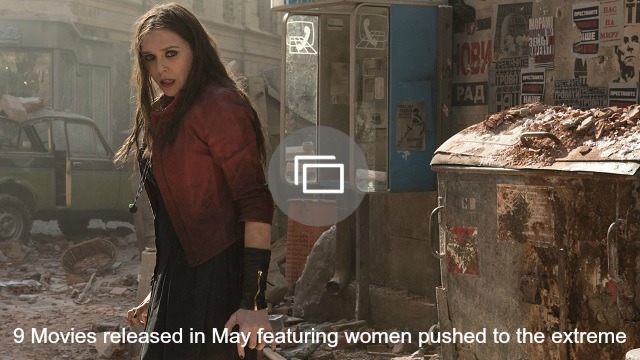