Kate Middleton and Prince William welcomed their second child together, a beautiful baby girl at 8:34 a.m. on May 2. The new royal, a sister to their 21-month-old son Prince George left the Lindo Wing of St. Mary’s Hospital healthy as can be — weighing 8 pounds 3 ounces, according to a statement on The British Monarchy’s Facebook page.

Kensington Palace first broke the news on Twitter writing, “Her Royal Highness, The Duchess of Cambridge was safely delivered of a daughter at 8.34 a.m. Her Royal Highness and her child are both doing well.”

Her Royal Highness The Duchess of Cambridge was safely delivered of a daughter at 8.34am. 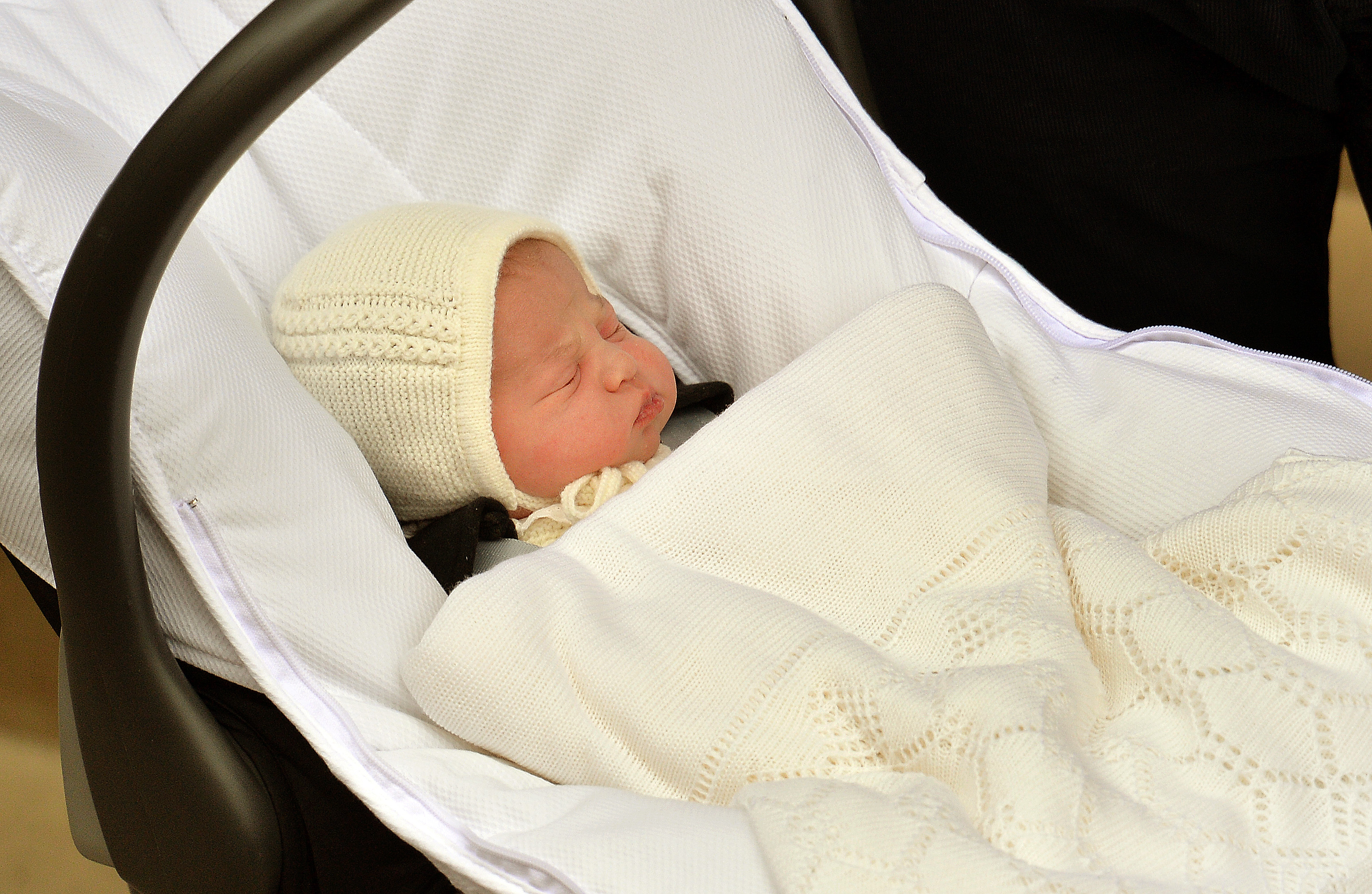 Details of the little one’s birth were later released in a statement from Kensington Palace:

“Princess Charlotte was born at 8:34 a.m. on 2nd May 2015 at St Mary’s Hospital in Paddington, London, weighing 8lb 3oz,” the statement read. “As the second child of The Duke and Duchess of Cambridge she is fourth in line to the throne.” 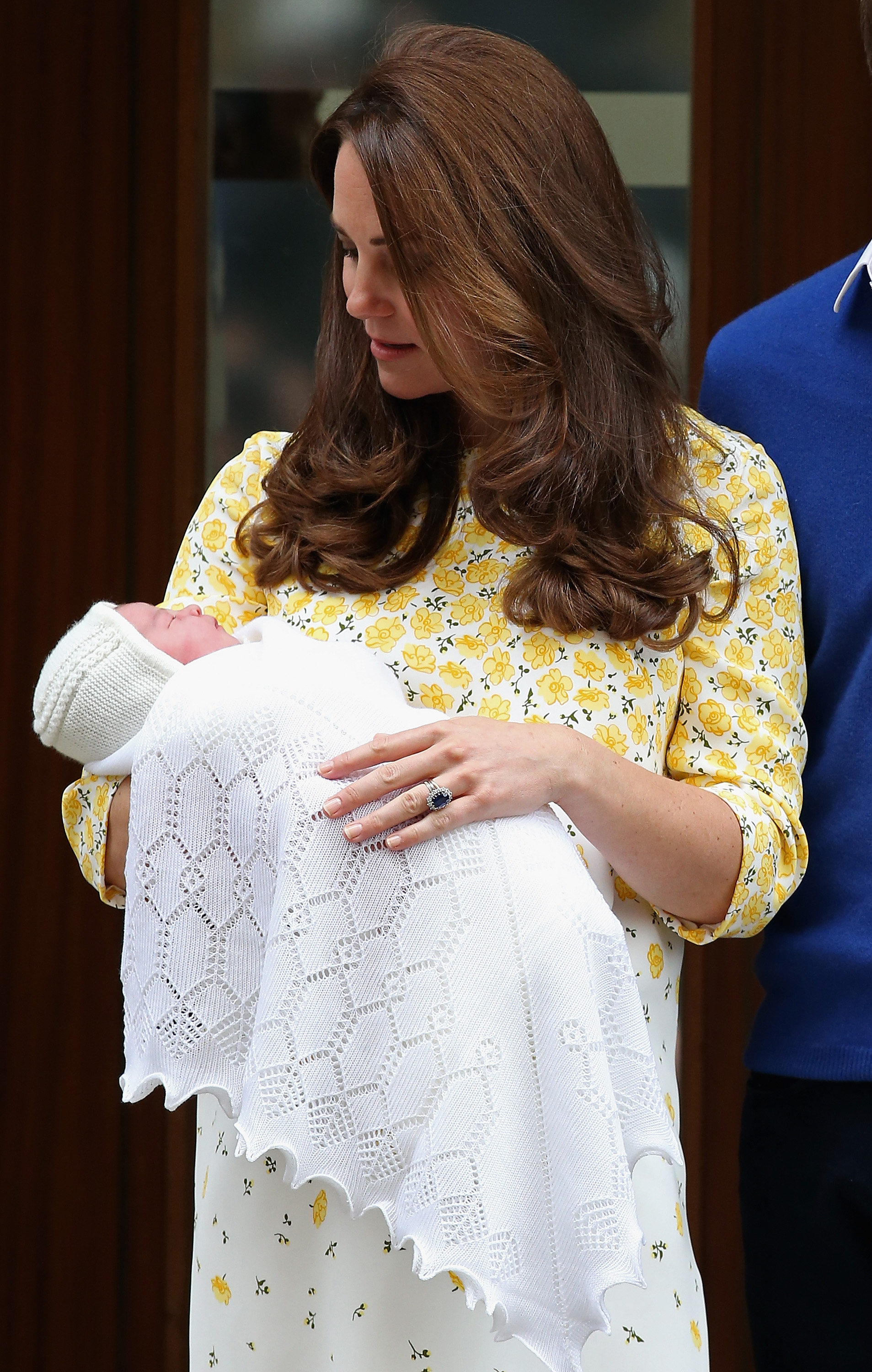 The palace continued writing, “The Queen, the Duke of Edinburgh, The Prince of Wales, the Duchess of Cornwall, Prince Harry and members of both families have been informed and are delighted with the news.”

The couple have not announced the baby’s name. We’ll likely have to wait a couple more days, as it took two days for the royal couple to announce Prince George’s name to the world. Some are betting on the name Alice, with Alexandra and Victoria also in the running.

And while we anxiously await the news of the newborn’s name the palace reassured us that we will find out soon enough — the baby’s name will be revealed “in due course.”  Until then,  she will be given the title Her Royal Highness, Princess of Cambridge.

More: Adorable! Prince George waves to the crowd as he meets his baby sister