Meri Brown’s latest Twitter photos seem to prove that all is definitely not well in the Sister Wives‘ paradise.

While the rest of the Sister Wives family, including Kody Brown and his three other wives, were sending messages of celebration and congratulations to Kody’s first wife Meri on the couple’s would-be 25th wedding anniversary last week, Meri was singing a different tune.

Rumors that the couple was ending things for good have plagued them since they announced their divorce back in February 2015.

But the Sister Wives family has insisted that the divorce was just based on logistics and didn’t at all reflect how Kody and Meri felt about one another. Everyone in the polygamous family has maintained that the two will still consider themselves very much spiritually married. But Kody (as suggested by Meri) wanted to officially marry his fourth wife, Robyn, so her children from a previous marriage would be eligible for health benefits. (By law, Kody is only allowed to be officially married to one woman at a time.)

Though the show depicted the divorce as Meri’s idea, it has definitely been difficult on the family.

Furthermore, rumors have spread that since Meri’s only biological daughter is now grown, Meri might be thinking to a future on her own, with her own goals separate from the family.

In Meri’s defense, she does often post messages of encouragement on her Twitter page — but it is odd, for someone who is so active on social media, that she went completely quiet on her silver anniversary, April 21. And her messages the following day (above) were particularly sad.

Meanwhile, Kody was all cheer.

And so were Meri’s sister wives.

Meri didn’t even retweet or respond to her husband or her sister wives’ Twitter comments.

Do you think Meri Brown is planning to leave her Sister Wives family for good? 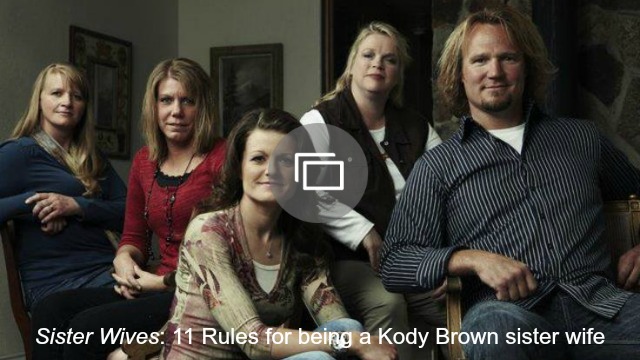