The Brooklyn Museum thinks Miss Piggy is a feminist, and they’re not afraid to share their appreciation of the iconic pig’s no-nonsense philosophy with the world.

But not everyone is happy about it.

In a world that is currently very much alive with discussions on gender parity and equal pay for equal work, writer Alex McCown has every right to wonder why, in this day and age, the Sackler Center First Awards are honoring a Muppet over a real-life flesh-and-blood woman.

More: Girl Crush: Miss Piggy picks the next president… and it’s a woman!

The annual awards event is designed to honor extraordinary women who are “first in their fields” and is presented by the godmother of the feminist movement herself, Gloria Steinem, along with historian and activist, Elizabeth Sackler. Sackler, the award’s namesake, founded the Elizabeth A. Sackler Center for Feminist Art at the Brooklyn Museum. It is the first museum devoted strictly to female artists and feminist art.

Each year, the Sackler Awards committee determines which devoted, forward-thinking feminist most deserves to be honored, and this year they decided on Miss Piggy, who will join past honorees such as Connie Chung, Sandra Day O’Connor, Julie Taymor and Anita Hill.

Now, I’m not saying that Miss Piggy can’t be a role model — she is a strong, brave and motivated character who isn’t afraid to try new things, pursue her dreams and speak her mind. But calling a puppet whose catchphrase is the name of the man (er, frog) she’s obsessed with a feminist is hardly a step in the right direction.

Perhaps she was afraid of laying claim to a moniker that has become even more of a lightning rod for controversy as of late, what with the barrage of online attacks that crop up wherever feminism appears. In fact, the comments on McCown’s article offer up not only a few hilarious puns and blush-inducing jokes, but also a cross section of some of the same maddening and sexist garbage we’ve come to expect of any article dropping the “f” bomb. 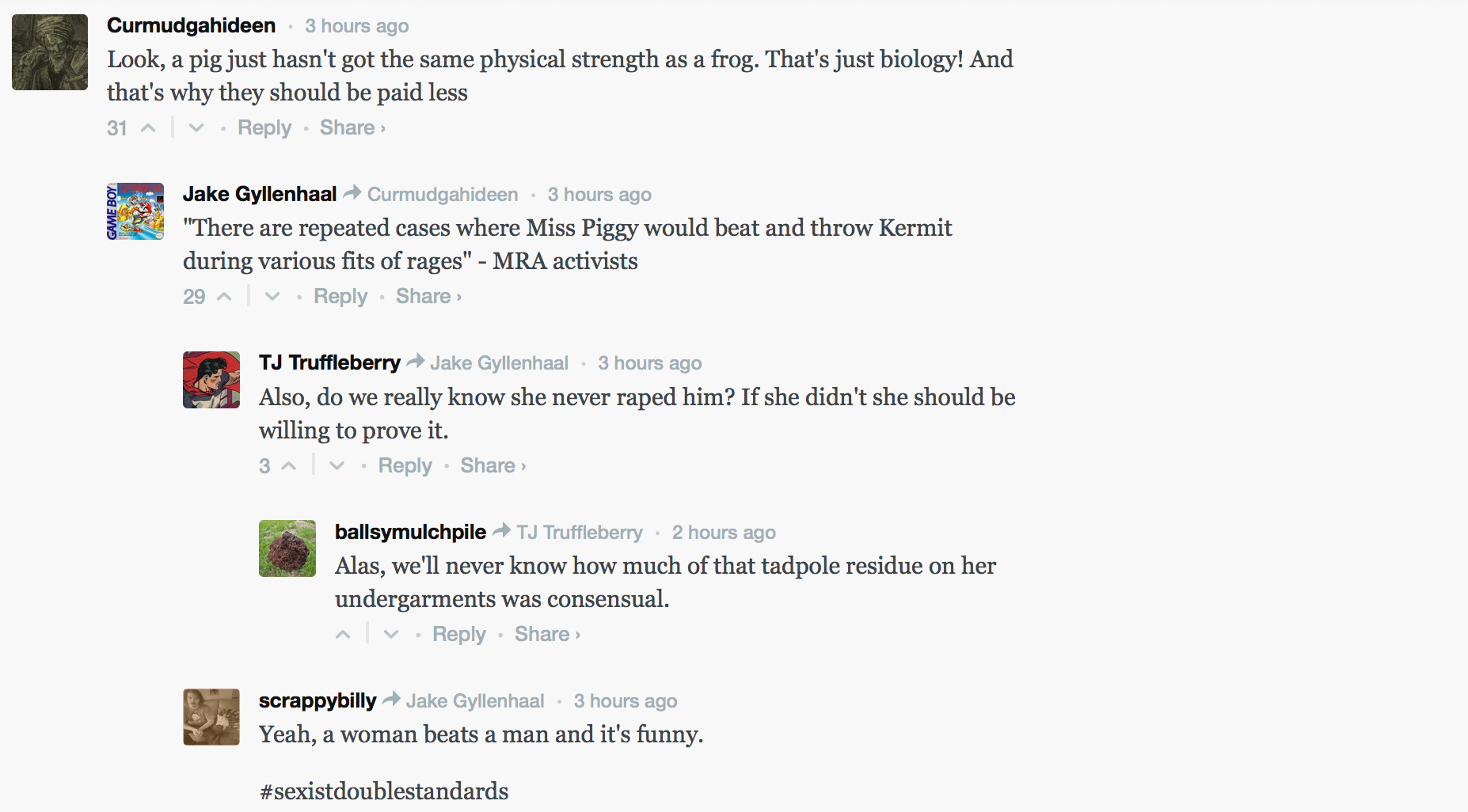 Is this really the kind of discussion the Brooklyn Museum was trying stir with its decision to feature a felt “feminist” at this year’s banquet? Did they really not see the punchlines coming? Did no one on the awards committee stop and say to themselves, “Sure, we’ll get some nice publicity, but at what cost?”

Because at the end of the day, the fact of the matter is that Miss Piggy is a puppet, voiced by a man, and no matter how much legitimacy the award carried, it’s now the butt of awful jokes like this:

What do you think of Miss Piggy getting honored as feminist of the year? Weigh in below.