Robert Downey Jr. has finally given us all what we’ve been waiting for: a glimpse of his baby daughter.

The Iron Man star made an appearance on The Late Show on Thursday, where he opened up to host David Letterman about what it’s like having kids.

“I have three: a 21-year-old, Indio, a 3-year-old, Exton, and now Avri is a little over 5 months. I thought I’d show the first picture on planet Earth here with you, kind sir,” Downey Jr. explained — and boy, are we glad he did.

The Avengers: Age of Ultron actor shared an adorable picture of little Avri — who he shares with his wife, Susan — in her yellow bonnet, and she has the most gorgeous blue eyes. 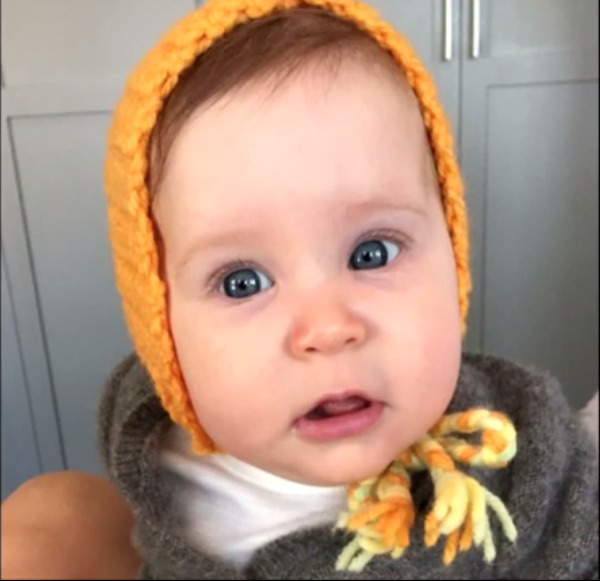 So, was Letterman as impressed with the pic as we were?

Letterman then wanted to know if there was any sibling rivalry, but given the age of Downey Jr.’s three children, it was pretty unlikely at this stage.

“No rivalry?” the host asked. To which Downey responded, “Not yet. It’s natural for Exton to want to bite her once in a while. It can start off as a little pet and then it turns into a nibble. I think it’s just establishing dominance. She’ll be running stuff at some point.”

To find out more about Downey. Jr’s family dynamics, watch the sweet video below.