The cast of Everybody Loves Raymond continues to publicly pay tribute to their former costar Sawyer Sweeten.

Sweeten tragically committed suicide at his family’s home in Texas on Thursday morning. He was only 19 years old.

His former costar Ray Romano said, “He was a wonderful and sweet kid to be around. Just a great energy whenever he was there. My heart breaks for him, his family and friends during this very difficult time.”

Sawyer is pictured below, front, in blue stripes, with his brother Sullivan. 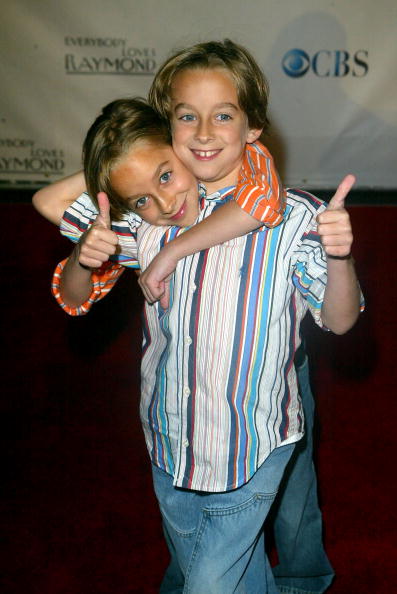 Sweeten’s family released a statement saying, “This morning a terrible family tragedy has occurred. We are devastated to report that our beloved brother, son and friend, Sawyer Sweeten, took his own life. He was weeks away from his 20th birthday. At this sensitive time, our family requests privacy and we beg of you to reach out to the ones you love.”

Many of Sweeten’s other costars expressed their condolences and heartbreak on social media. Sweeten’s on-screen mother, Patricia Heaton, posted, “Sawyer Sweeten was a funny and exceptionally bright young man. He is gone from us far too soon.”

Sawyer Sweeten was a funny and exceptionally bright young man. He is gone from us far too soon.

The entire cast of #EverybodyLovesRaymond is in shock. Prayers for the Sweeten family.

Sweeten’s on-screen grandmother, Doris Roberts, said on Facebook that Sweeten “was a very sweet young man who will be dearly missed.”

Sweeten’s sister, Madylin, reiterated the family’s statement on social media as well, saying, “At this time I would like to encourage everyone to reach out to the ones you love. Let them have no doubt of what they mean to you.”

My heart goes out to his friends and family during this impossibly difficult time.

“Sawyer was more than just a brother,” Madylin told People. “He was a strong and selfless friend. When confiding in one another, Sawyer always had the kindest words of encouragement. He will live on in my head and those shared moments forever.

“Although my memories of my brother hurt now, they are some of the best I’ve ever had and deserve to live on in my mind and in the minds of my family forever,” added Maysa. “There isn’t a single day I won’t miss him.