Russell Crowe’s new film The Water Diviner is taking heat from Armenian groups for not addressing the Armenian Genocide, but is the film trying to make a political statement? This highly emotional and sensitive topic needs to be looked at more closely.

In The Water Diviner, both directed by and starring Russell Crowe, we meet an Australian man named Connor (Crowe), whose three sons went off to fight in World War I and never returned home. Both Connor and his wife Eliza (Jacqueline McKenzie) are devastated by their loss. But when Eliza also suffers a tragic fate, Connor decides to travel to Turkey and bring the remains of his three sons home to Australia.

More: Woman in Gold: 9 Faces about Maria Altmann’s story not in the film

To be clear, the film takes place after the war is over. The focus of the story is about a father grieving for his sons after an atrocious war. Though Russell Crowe hasn’t spoken publicly about not addressing the Armenian Genocide in the film, it seems unlikely he intended to deny the tragedies suffered by the Armenian people at the hands of the Turks.

The film plays as a meditation on the horrors of war and Connor is forced to examine his own role in the catastrophe. He admits to buying into his own country’s war machine propaganda by urging his sons to go and fight, saying, “I filled their heads with nonsense — God and king and country.” 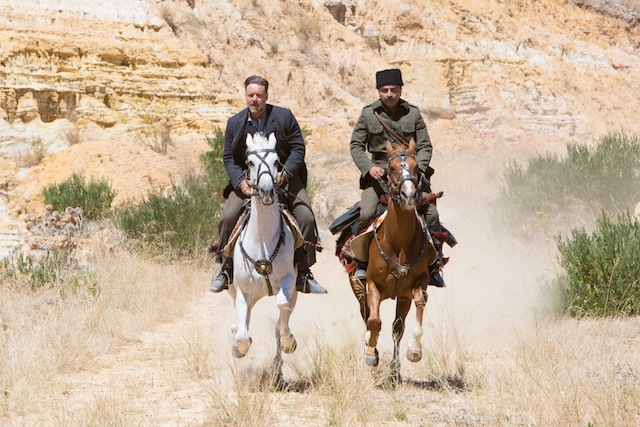 In the film, Connor is forced to rely on Turkish officer Major Hasan (Yilmaz Erdogan) to help him find and recover the bones of his fallen sons. This unlikely partnership seems to be Crowe’s attempt to begin understanding the Turkish point of view of the war, but no specific conclusion about the Turks’ actions in the war is ever made.

Instead, a romance ensues with a foreign widow, Ayshe (Olga Kurylenko), and Connor discovers a reason for hope when he discovers one of his sons may still be alive. Many lives are transformed in the film, for better and worse. Such is the nature of life post-war. But Crowe seems to be making a sincere attempt to capture a father’s grief in this beautifully crafted, epic film that will likely inspire deep emotion in anyone who’s lost a child to war. 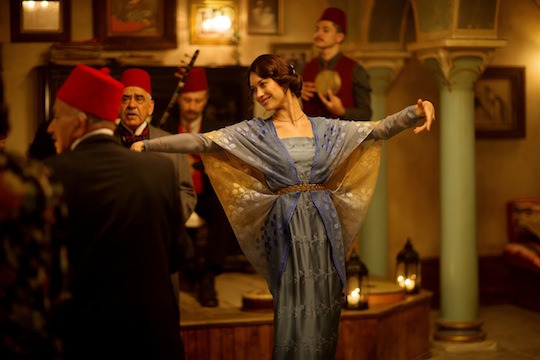 But not everyone can see this film as simply an entertaining, fictional account of one man’s journey after the war. The Wrap reported that Garin Hovannisian and Alec Mouhibian, the directors of the film 1915 that examines the atrocities of the Armenian Genocide, wrote an open letter to Warner Bros., asking the studio not to release The Water Diviner today as scheduled. Here is an excerpt from the letter:

“The problem is that April 24, 2015, also happens to be the 100th anniversary of the Armenian Genocide, which was perpetrated by the very Turkish government whitewashed by ‘The Water Diviner.’ It was on April 24, 1915 — the night before the Gallipoli landing — that the Young Turk regime set into motion its unprecedented plan: the efficient deportation and slaughter of 1.5 million Armenians and the destruction of their homeland of thousands of years.”

Like many films that deal with a world war, The Water Diviner is likely to be met with protest. Russell Crowe didn’t seem to feel a responsibility to address the genocide in the film. If he did, it would likely be an entirely different film altogether. But we can certainly understand how the families of the victims of the Armenian Genocide want to have their voices heard and their own story told.

More: Effie Gray: The shocking scandal that should have been in the movie