All hail DC Comic, king of our hearts! The comic world has taken a lot of criticism lately over how they market their products and how young girls are often left out. This news, however, makes it all better.

More: 3 Batman comics to get you caught up on your geek game

We’re not saying Marvel’s Thor gender swap wasn’t intriguing. For already hard-core female comic fans, we definitely perked up our ears on hearing about it. However, it infuriated a lot of fans, too. And we get it. The answer to comic inclusion wasn’t to mess around with older story lines, but to find new ways to cater to younger audiences and to spend more time promoting and tweaking the already awesome female characters they had available. Marvel’s move was by no means a failure, but it wasn’t as smart as what’s in store at DC comics.

DC is taking some of their strongest female heroes, leaving their current comic runs untouched, and creating a new line of products geared toward girls aged 6 to 12. The line features Wonder Woman, Batgirl, Supergirl and more, and is done in a more kid-friendly style of drawings and as younger, preteen versions of our favorite grown-up heroes. The young superheroes will be roughly the same ages as the intended demographic, and won’t yet have their full powers and abilities that we know they’ll be capable of as they get older. Instead, they’ll focus on exploring those newfound powers.

A press release announcing the new line explained, “Each character has her own story line that explores what teen life is like as a superhero, including discovering her unique abilities, nurturing her remarkable powers and mastering the fundamentals of being a hero.”

The new brand won’t be just about books, either. When the girls make their expected debut in autumn of 2015, they’ll come with a whole range of content. From action figures and other toys to TV specials and online-only content, DC is going full throttle with their new brand.

More: Everything you need to know about Batgirl’s redesign

We’re basically in heaven right now. DC Comics already had us amped after tweaking the “grown-up” Batgirl’s outfit and story line to make her more modern and less sexy. Her outfit was infinitely more practically for her city-saving ways and her normal clothes, penchant for hitting clubs and taking mirror selfies made her into a cute, smart character that millennial and Gen-Y comic fans could relate to. The new brand takes things to a whole new level of awesome.

Listen: We love fairy wings and tea parties as much as any girl, but we want our daughters to know there’s more to being a girl than looking pretty. This new line is absolutely the most perfect way possible for us to introduce our daughters to our favorite heroes. Introducing them to the likes of Supergirl, Harley Quinn and Batgirl is just another chance to teach our girls how to not only be their own saviors, but that being heroes isn’t just a boys’ game. 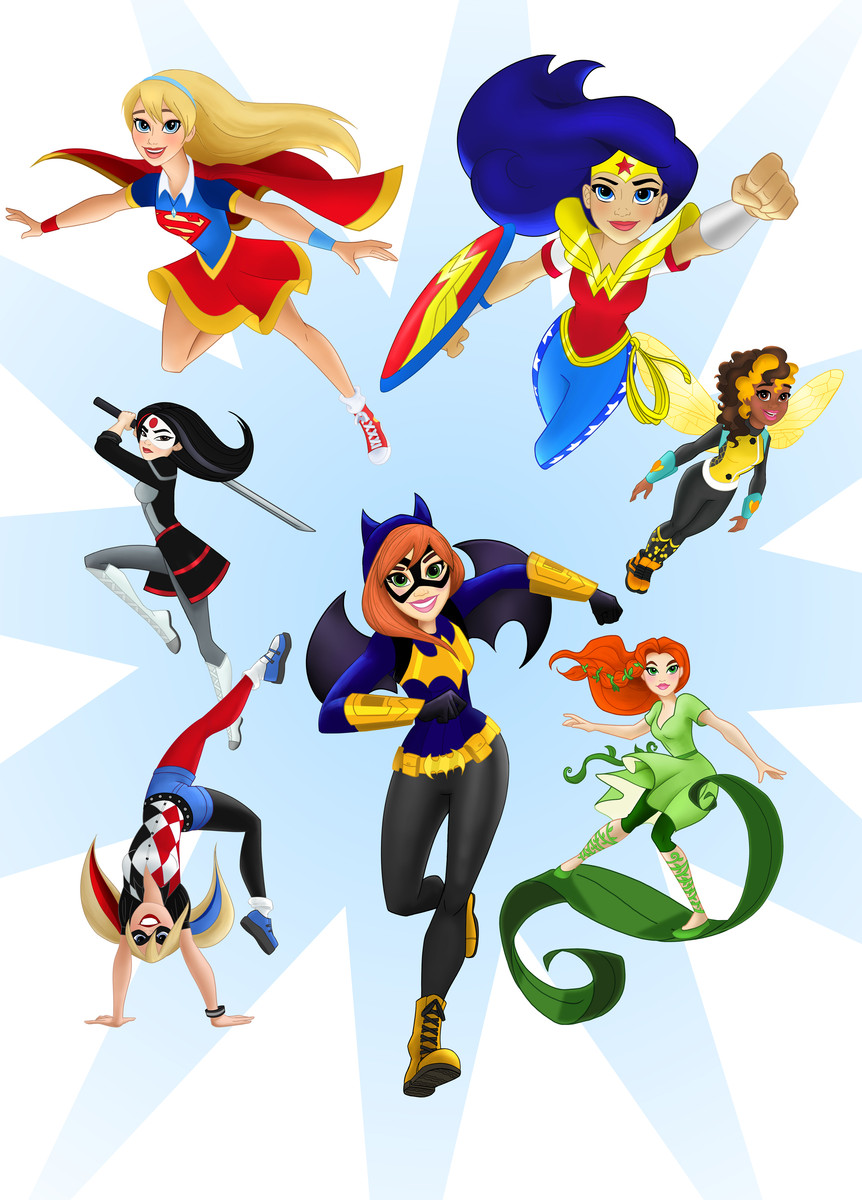 More: Check out what other heroes would look like as girls