Do we finally think things have tipped over into the “gone too far” category, yet?

Recently, Australian-based Who magazine published photos they claim are Bruce Jenner, in a bra, covering what appear to be breasts. The photos are grainy, and quite frankly, I would be extremely surprised if they were actually Jenner at all.

In addition to that, in response to previously circulated photos of him supposedly in a dress walking around his Malibu home, Jenner called police to investigate how they were obtained, claiming that the photos were taken illegally.

Here is the problem with all of these blurry, obviously an invasion of privacy “photos” of Bruce Jenner in dresses and bras or bathing suits, and the allegations of plastic surgery and even Photoshopping makeup on his face… it’s getting a little bit out of hand.

Celebrities should have, at the very least, the right to feel safe and private in their own homes. Away from the prying glass of long lenses. Now, you might say, “but these people have voluntarily put themselves in the public eye, so we have a right to know every detail of their lives.”

Well… no you don’t. Or at least, you shouldn’t. There should be a difference between when these people are being “public people” and when celebrities are being “private people.”

Now there are lots of legal implications to these types of events, and the terms “public people” and “private people” do actually have legal definitions, but just as a common sense, “let’s be kind to another human being” sense, can’t we decide collectively that we will no longer stand by and allow every person to have not even the smallest modicum of privacy?

Bruce Jenner may bare his soul (and chest if he wants!) during his ABC interview, and that’s fine, but he shouldn’t be forced to deal with having to call the police to defend his movements inside his own home.

Just like Kristen Bell and Dax Shepard fighting for the rights of their children to be private people, can’t we extend that to the celebrities themselves and allow them a private life, if they want it? If they don’t, don’t you think they will let us know (Hello, Bruce Jenner’s stepdaughter Kim who we all know never wants to be private about anything)?

People should be allowed to reveal about themselves what they want, when they want to reveal it. Which is exactly why Bruce Jenner is doing his interview tomorrow.

Let’s have some decency, people; these photos are just wrong. 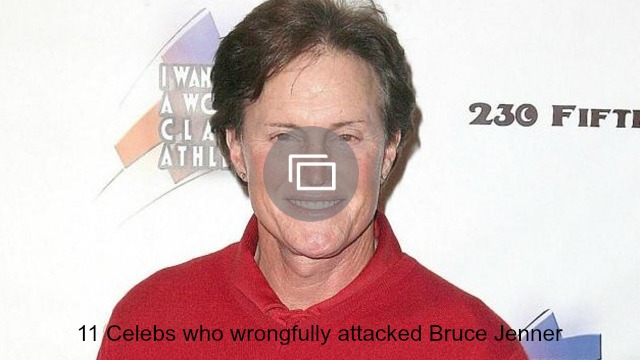