Heaven knows there are few things I love more than a bawdy woman, and few women are bawdier (or more lovable) than Mamrie Hart — the host of the hilarious YouTube travel series, HeyUSA!

As you well know, last year Mamrie and her bawdy BFF, Grace Helbig, road-tripped it across the country, hitting up towns and seeing sites dictated entirely by crowd-sourced fan recommendations on social media.

“We kicked it off right out of the gate last year in Alaska,” Hart told me. “We hung out with a mayor of a small town… that’s a cat. Like, the town voted for this cat to be mayor — I guess there’s not that many decisions that have to be made.”

The show’s second season, which just dropped on The Scene (go forth and watch it here), promises just as many zany adventures — albeit without Helbig by Hart’s side.

Explained Hart, “We wanted to do a second season because we had so much fun, but Grace is so talented she went out and got a TV show. The show must go on, though, so I came up with the concept that we’d still crowd-source, but we ask our viewers which other YouTubers should meet me on the road.”

Grace, then, is the puppet master, pulling the strings behind the scenes in her new role as executive producer.

So the audience asked… and they received. This season will see Hart shake it up all over the United States with fellow YouTube sensations Kingsley, Tyler Oakley, Jenna Marbles, Colleen Ballinger and Flula Borg. 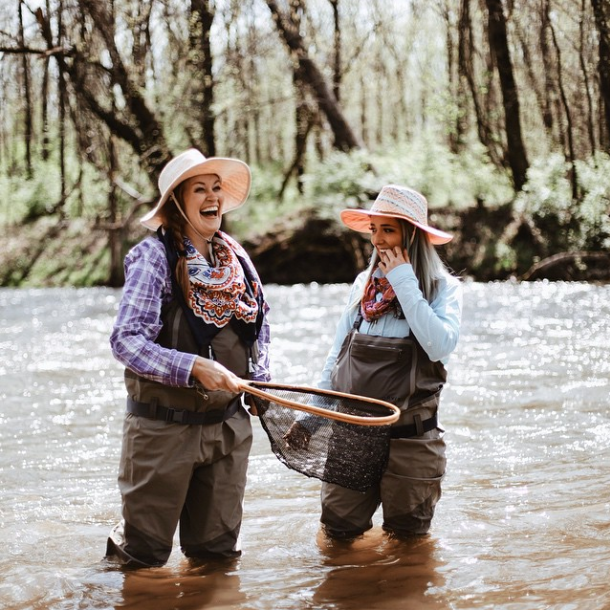 For the YouTube-impaired, Hart sums up her costars respectively as “oozing sass from his ears,” “kind of the quintessential gay best friend of YouTube” (who just raised $5 million for charity!), YouTube’s “reigning queen” who’s “a hoot and a half,” “a riot” and “the German DJ/hilarious/one of the stars of the upcoming Pitch Perfect 2.”

Of course, different costars means a different dynamic — but Hart assures us that isn’t a bad thing.

“Grace and I were traveling so long last summer that when we’d wrap for the day, we’d high-five, go back to our individual rooms, get room service, watch TV and pass out,” said Hart, laughing. “But since I have these people for three days, we’re doing it!”

Such are the kind of offbeat mini-benders fans can expect this second season. “The producers are wise enough to very much encourage us to record video on our phones after the crew is done for the day,” Hart said. 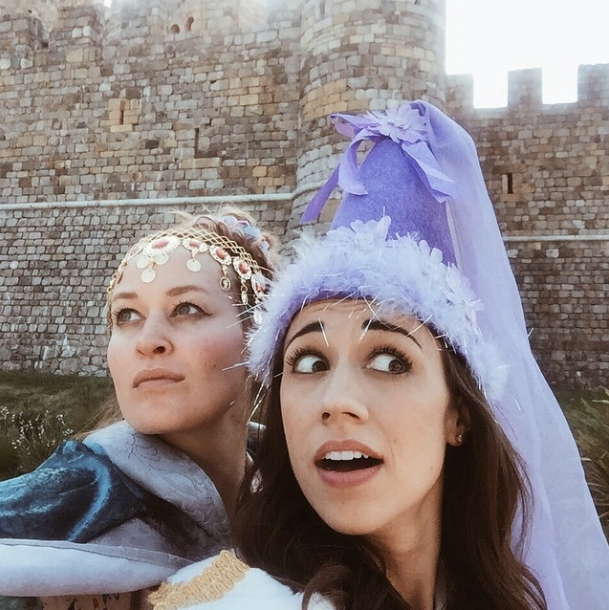 But moonshine shenanigans aren’t the only extracurricular activity keeping Hart busy these days. The comedian-slash-actress-slash-writer recently compiled her best drinking stories — and worst hangovers — into an obscenely funny book inspired by her YouTube cult hit, You Deserve a Drink.

And in true Hart fashion, she doesn’t hold anything back. In addition to adding some seriously killer cocktail recipes to their drinking arsenal, fans will be privy to the booze-drenched details from times like when she inadvertently hired a 60-year-old meth head to teach a bachelorette party group pole dancing.

Or the time she lit herself on fire during a Flaming Lips concert (the irony is almost too much to bear).

But while these tales will soon become watercooler fodder for the likes of us, putting them on paper was, well, revelatory for Hart.

“I sat down with a bottle of booze and just started listing off all the stories, and they didn’t even all fit in the book,” she said, laughing. “And, man, do you evaluate your life when you write down all the stories… it’s the second dirty list to who you slept with.”

Ah, there’s a bit of that self-deprecation that has become synonymous with Hart’s name.

You’ll read it in the book. You’ll see it on HeyUSA! And, hopefully, you’ll realize that even though Hart pokes fun at herself, she also knows just how f***ing awesome she is.

“I find that sometimes people think when I’m being self-deprecating that it’s coming from a dark place, and it really doesn’t have to,” Hart said. “I say a lot of things about my body, and I actually think I’m extremely attractive and just bangin’ from head to toe.”

In fact, it’s her so-called flaws Hart says that define her, citing, “I love my gapped teeth… love, love, love it. I curse too much. I love to drink. I’ll eat like a real human woman and I hate working out, so with that combination — I’ve said it before — I’m thicker than a white gravy.”

She wouldn’t even call those flaws, though.

Pausing, she then added, “Oh, my God, I’m so inspirational.”