Congratulations may be in order for Nicki Minaj.

There’s been a lot of speculation today that the rapper may be engaged after observant Instagram followers noticed she was rocking a ring on that finger in a snap. She addressed those rumors with a cryptic tweet that definitely made it look like there are some “I dos” in her future.

Now, it’s looking even more likely. Minaj headed back to Instagram to share another photo, this time a close-up of a huuuuge heart-shaped yellow diamond ring. It’s captioned with a bunch of emojis, including a whole bunch of those heart-eyed smiley faces. 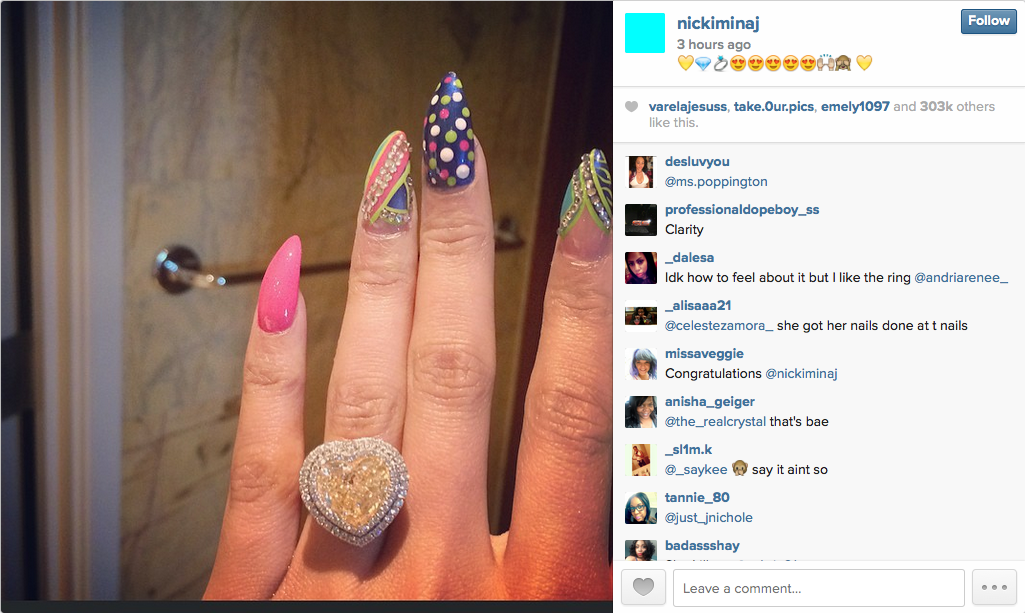 E! News says an insider close to Minaj confirmed the rapper is, in fact, about to tie the knot.

“Both Meek and Nicki have been spending amazing quality time together lately and have gotten extremely close these past few months,” the source said. “It may seem like it all is happening very quickly but Nicki and Meek are in this 100 percent. They truly love each other.”

So who’s the lucky guy? Here’s everything we know about Meek Mill,the guy who reportedly put a ring on Nicki Minaj.

1. He’s a rapper from Philadelphia

3. Rumors have been flying that Minaj and Mills have been dating since February…

…but neither was admitting it at the time. In fact, in an interview with Vogue, Minaj refused to say much about him.

4. She did say they’ve known each other for a long time

“People think for some strange reason that we just started becoming friends recently,” Minaj told the magazine. “We’ve been friends for a very, very long time, and he’s been around for a lot of things that I’ve gone through. And that’s all I’ll say about that.”

More: Nicki Minaj calls journalists out for making up lies

5. In March, they confirmed their couple status

This risqué Instagram shot told us all we needed to know. 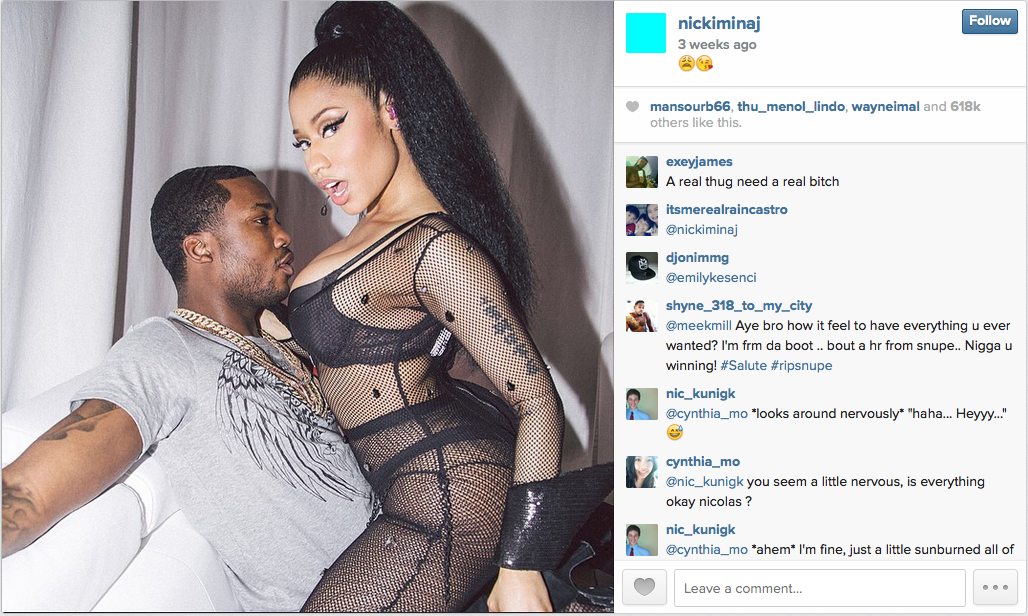 6. Mills is pretty into his rumored fiancée

At least, according to his response when a fan tweeted at him that he’s “lucky.”

“I am,” Mills added to a retweet of the sweet sentiment.

More: Nicki Minaj just achieved something no other woman ever has

Following Minaj’s lead, Mill hasn’t confirmed the rumors that he’s engaged. The above tweet is all the evidence we’ve gotten from his social media accounts.

There’s no official confirmation yet, but all signs point to wedding bells for these two. Congratulations, Nicki Minaj and Meek Mills!