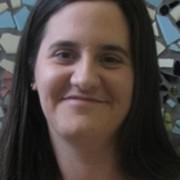 Modern cable and satellite packages enable us to view hundreds (if not thousands) of television channels, across a wide variety of formats and subjects: documentaries, reality shows, scripted comedies and dramas, sports and more. Settling on a program that both you and your child enjoy can seem next to impossible, but they do exist!

The seven television shows below are either currently in production or available through streaming services like Netflix. Whether your pre-teenage or teenage student likes animals or history, at least one of the programs below is likely to catch your interest. Happy watching, families!

This 2014 miniseries revisits Carl Sagan’s 1980 classic, Cosmos: A Personal Voyage. Hosted by Neil deGrasse Tyson, Cosmos: A Spacetime Odyssey invites us on a journey through space. In 13 riveting episodes, deGrasse Tyson explores our current understanding of the universe, as well as what the future may hold for space exploration.

Like Cosmos: A Spacetime Odyssey, the rebooted Doctor Who concerns itself with the wonders of the vast universe. An alien doctor and his human companion travel from planet to planet, encountering unusual phenomena and, of course, danger. In this fictional series, the Doctor is both scientist and protector, creatively saving the Earth on numerous occasions.

With three seasons under its belt, MasterChef Junior remains a popular cooking competition, and a cooking competition where the participants are children! Gordon Ramsay (while on his best behavior) serves as host and mentor. Many of the chefs, all of whom are 13 or younger, rival or surpass adults in their culinary acumen.

Once Upon a Time is a modern-day re-interpretation and weaving together of multiple fairy tales. While magic is present, so is imagination, loyalty and the crucial concept of free choice. Strong family ties are also a central theme, and the drama’s ability to mix the common with the fantastic makes it a compelling watch.

This reality television show follows the restoration work of Nicole Curtis, a Midwest native. Curtis, who is also a single mother, saves homes that would otherwise be demolished. No project is too large for Curtis, who participates in every step of the process, from refinishing original wood trim to replacing a failing roof.

Unlikely Animal Friends is a National Geographic program that is sure to be an entertaining choice for families who love animals. Each episode features a surprising animal-animal or animal-human pair, such as Sunshade (an Airedale terrier) and her prized guinea pigs. In each episode, animal experts share interesting tidbits about topics like habitat conservation or typical animal behavior, all without sacrificing a second of adorable animal footage!

For more tips and strategies to help your student succeed in school, visit www.varsitytutors.com.

55 mins ago
by Giovana Gelhoren