It’s official: Mark Ruffalo just made it into the coolest dad club.

He hangs out in there with other celeb parents such as Angelina Jolie, Brad Pitt and Cher, amongst others.

Ruffalo brought his daughter to the 2015 MTV Movie Awards, and it is more awesome than you might think.

He tweeted this photo before the red carpet:

Bella Noche, Ruffalo’s middle child, wore her hair shoulder length with bangs, curly and free-flowing. She is beautiful and confident. She is smiling and posing like a total boss. 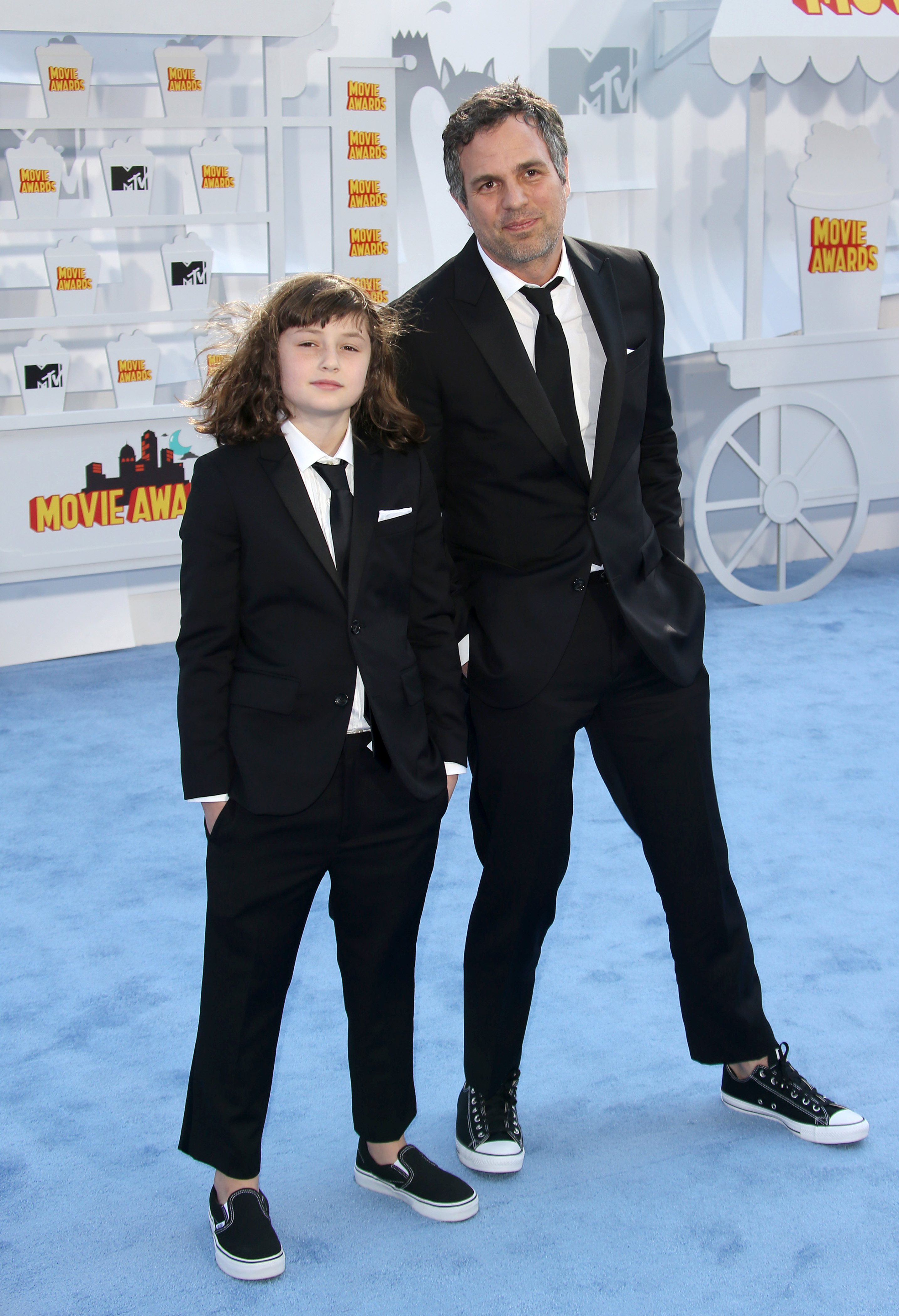 It is clear her parents have done a fantastic job teaching this young woman what is truly important: being yourself and being comfortable in your own skin. Not wearing clothing that society has deemed appropriate for your particular gender, which is entirely arbitrary and ultimately meaningless.

Does it make her any less of a girl, woman, female to wear pants and a jacket rather than a dress? The same goes for the other way around. Does it make a boy, man, male any less of those things if he were to wear a dress?

The answer is: no.

The young woman hobnobs with other megastars like she’s been doing this her entire life and poses for photos on the red carpet like it was her job as well as her father’s.

They are so adorable, and this little girl is perfectly named. What a beautiful night for this father and daughter.