Looks like it’s time to invest in Dr. Scholl’s and denture cream because this year’s MTV Movie Awards has us feeling super old!

Were we the only ones scratching our heads and worrying about staying up past our bedtimes? Check out our reactions to this year’s MTV Movie Awards and let us know if you think we should just move into the old folks home now.

2. How many vagina jokes is Amy Schumer allowed to make in one set?

3. Is it wrong to want to do naughty things to Zac Efron?

4. Seriously, does the “V” in MTV now stand for vagina?

6. Oh, Amy Schumer knows the pain of wearing Spanx, but did she really just say those guys made her rain in them?

9. Why is there poop everywhere? 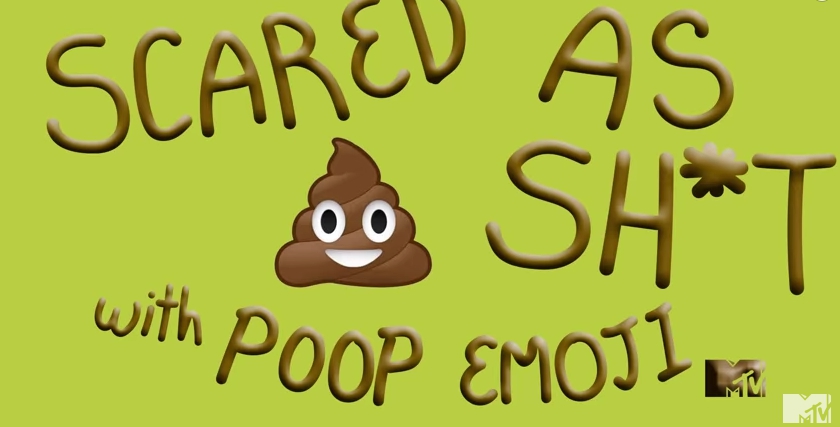 10. Was there a “bring your own nearly naked male model” challenge this year that I didn’t hear about?

More: What message do we send by using shirtless men as props at the MTV Movie Awards?

12. Is anyone else worried about youngsters who might be watching and absorbing Amy Schumer’s super-adult humor?

13. Robert Downey Jr. got an award — finally, someone I recognize from my youth!

14. Who are these idiots spoofing Robert De Niro and grabbing each other’s crotches? Oh, wait, it’s Zac Efron and Dave Franco? Why, Zac, why?

15. Do the young people who are watching this show notice all of the blatant advertising assaulting them or do they just chalk it up to the price of watching award shows?

16. Holy pink kitties doing naughty things… I feel weird. And like I kind of want to call those pink kitties’ mamas and ask if they know where their kittens are.

18. Why is Rebel Wilson dressed as an angel, and did she really just almost say “clit” instead of “clip”?