Britain’s Got Talent made a spectacular return at the weekend with plenty of daredevil antics, a golden buzzer and the act Simon Cowell has been waiting for his entire life…

Britain’s Got Talent‘s first freerunner leapt across the stage, jumped from the balcony, fooled everyone into thinking he was injured and finished off a dazzling performance by jumping over Ant and Dec’s heads. 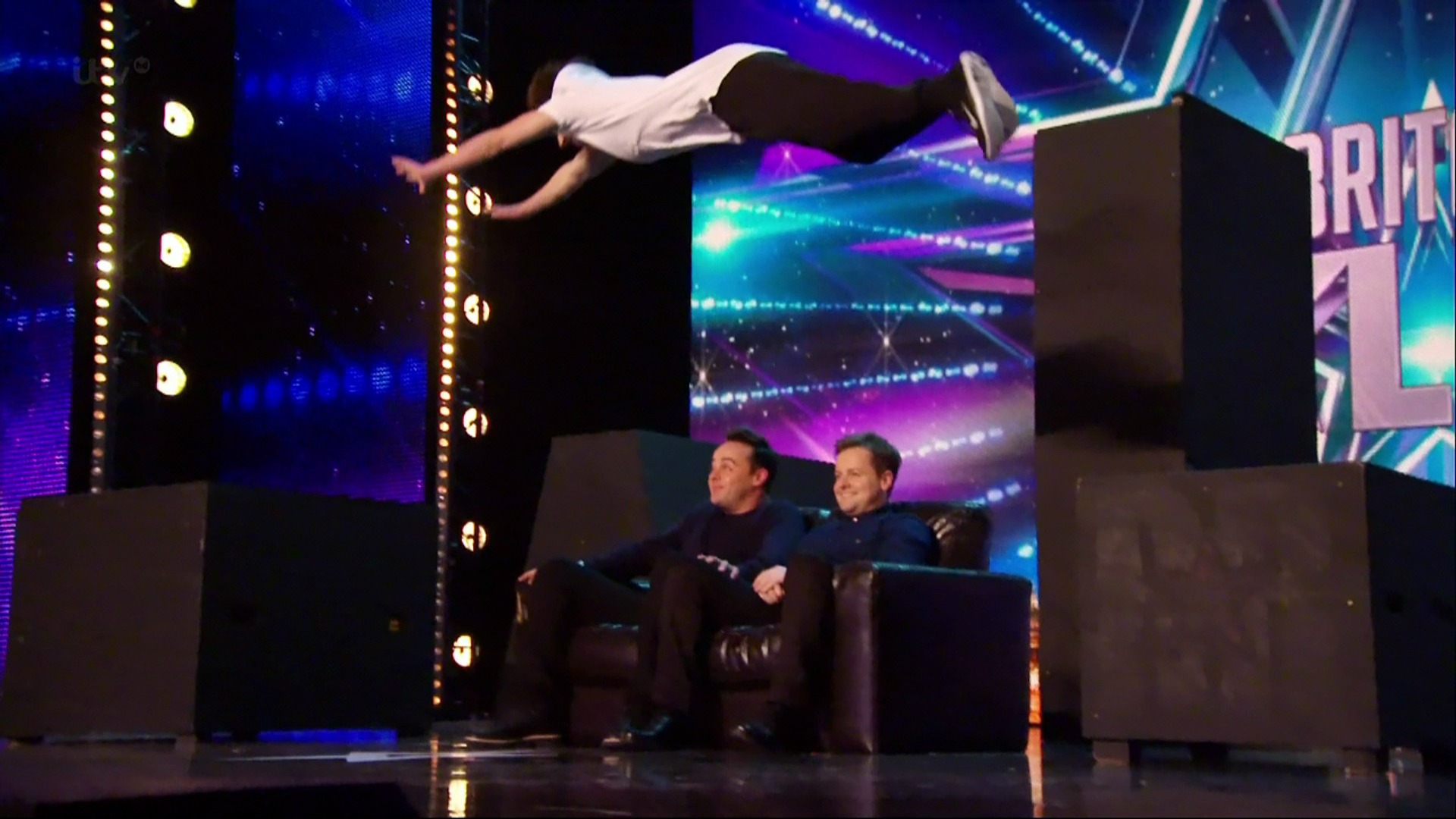 After pretending to be a three-piece act, Ysgol Glanaethwy quickly multiplied into an amazing 162-strong choir and performed an impeccable version of “Benedictus.” “It felt like I was being welcomed into heaven,” gushed David Walliams.

“We’ve had a lot of choirs over the years and I’ve always wanted one to win. I might be looking at the winners of this competition,” revealed Simon Cowell. 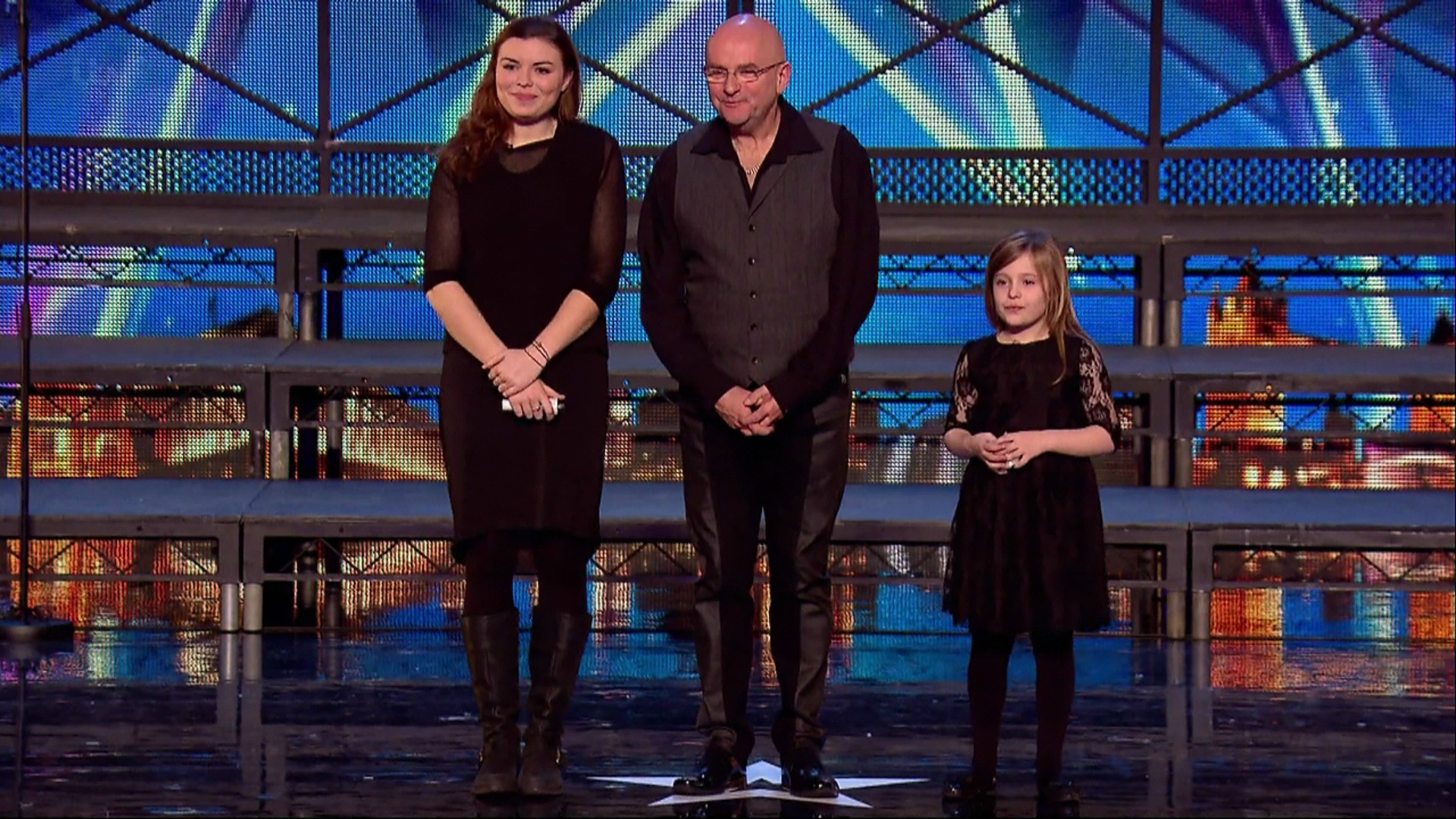 Roller skating brother and sister act Billy and Emily England gave us the first watching-through-our-fingers moment of the series with their death-defying stunts. Big brother Billy balanced on roller skates while swinging Emily around from his waist, by her leg and even from her neck. 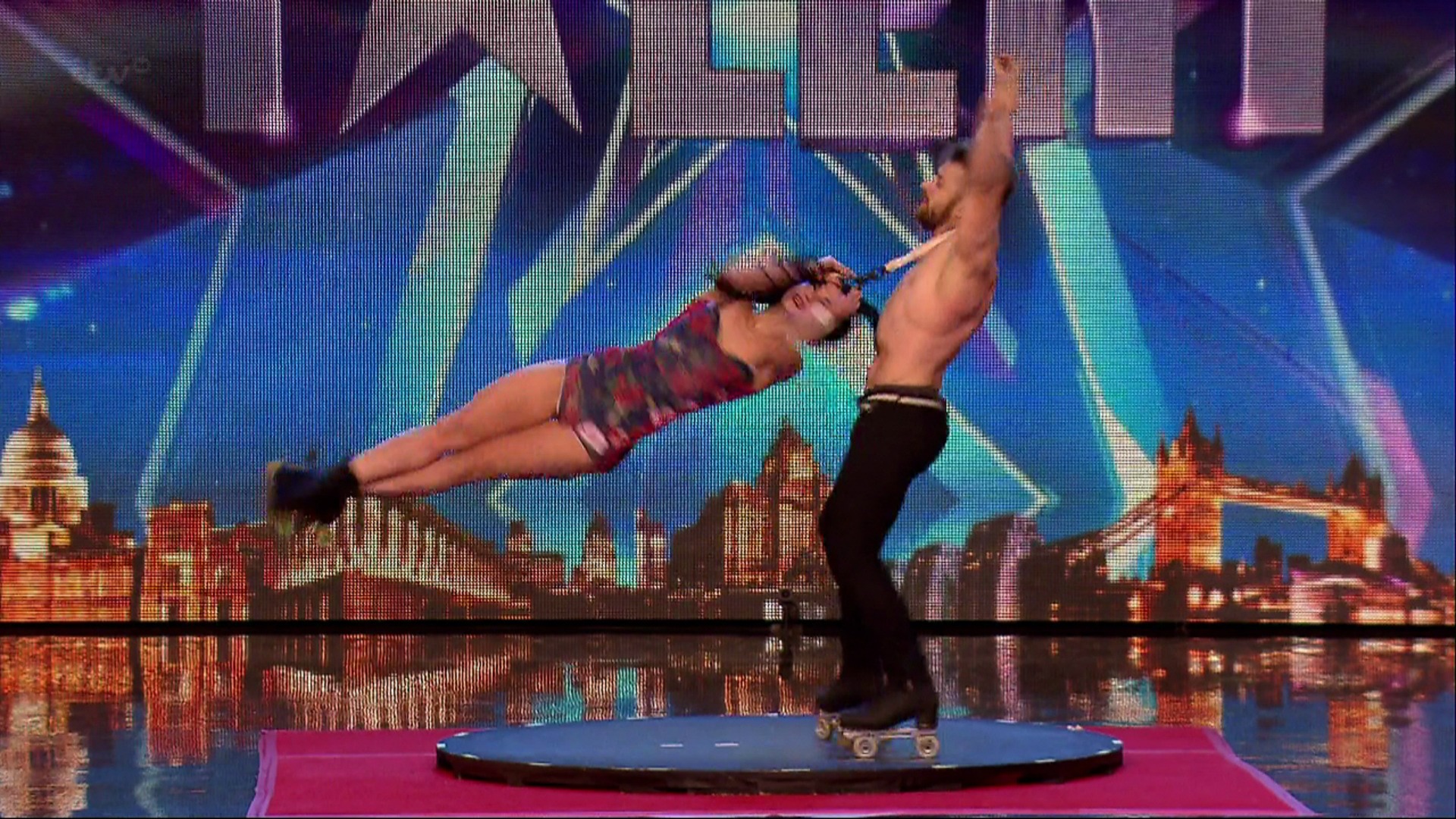 The pressure was on for 26-year-old Calum Scott, who’d come along to audition with his sister and had to watch from the wings as she failed to impress the judges before talking to the stage himself immediately after her rejection. His performance of Robyn’s “Dancing On My Own” had the judges and audience captivated and moved Simon so much he hit the golden buzzer saying, “I’ve never ever in all the years I’ve done this show heard a guy with the talent you’ve got. The version was sensational, which shows to me that you’re more than a singer, you’re an artist and that’s why you got the buzzer.” 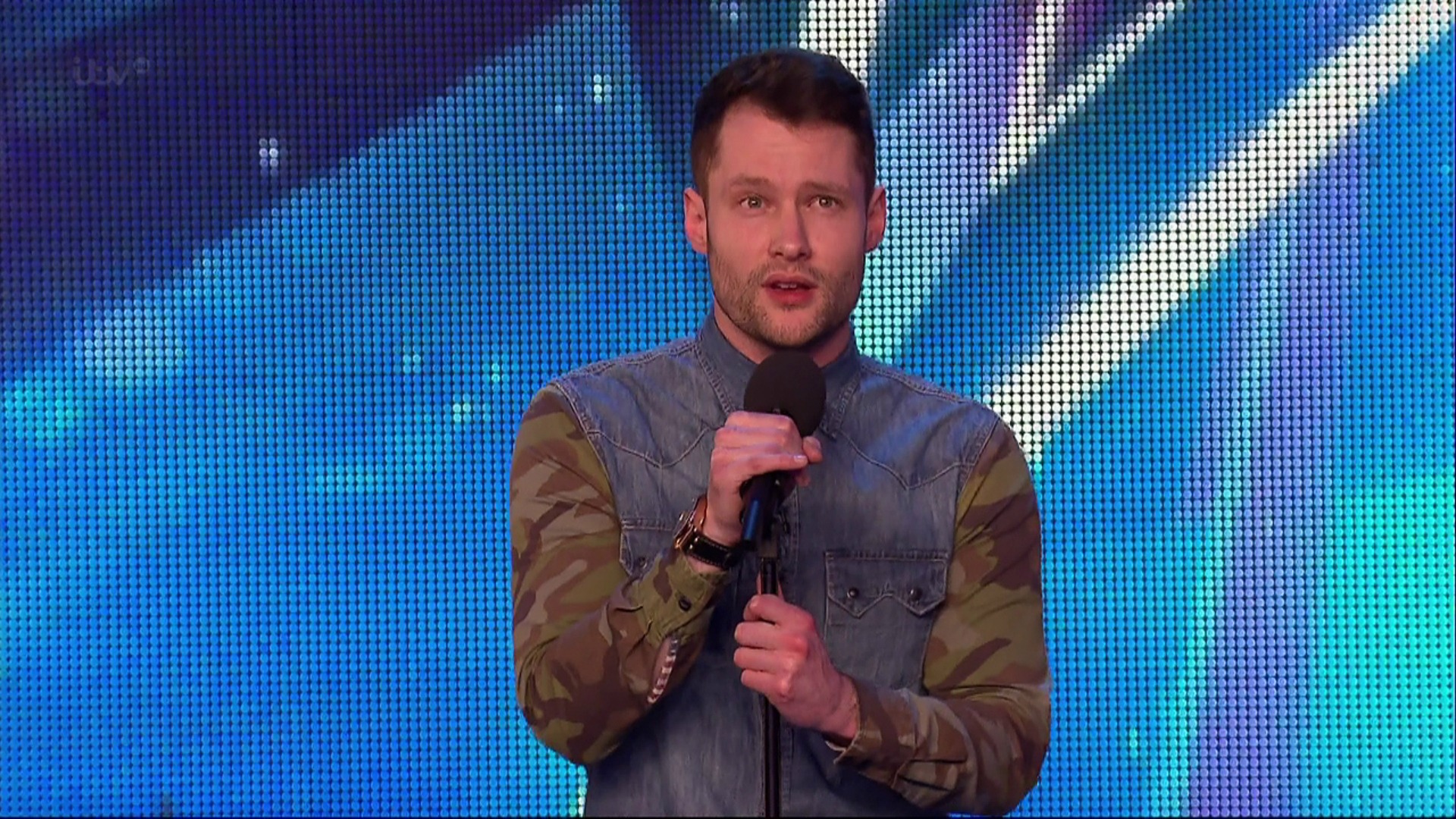 Frenchman Marc was adorable and so was his fluffy pooch Wendy but, after a spate of dismal dog acts, nobody expected them to get a standing ovation from the judges, who watched open-mouthed as Wendy actually (possibly) spoke, sang and even meowed.

“You’re making television history here,” said Amanda Holden, after pointing out that Simon had been waiting for nine years to discover a talking dog on BGT. 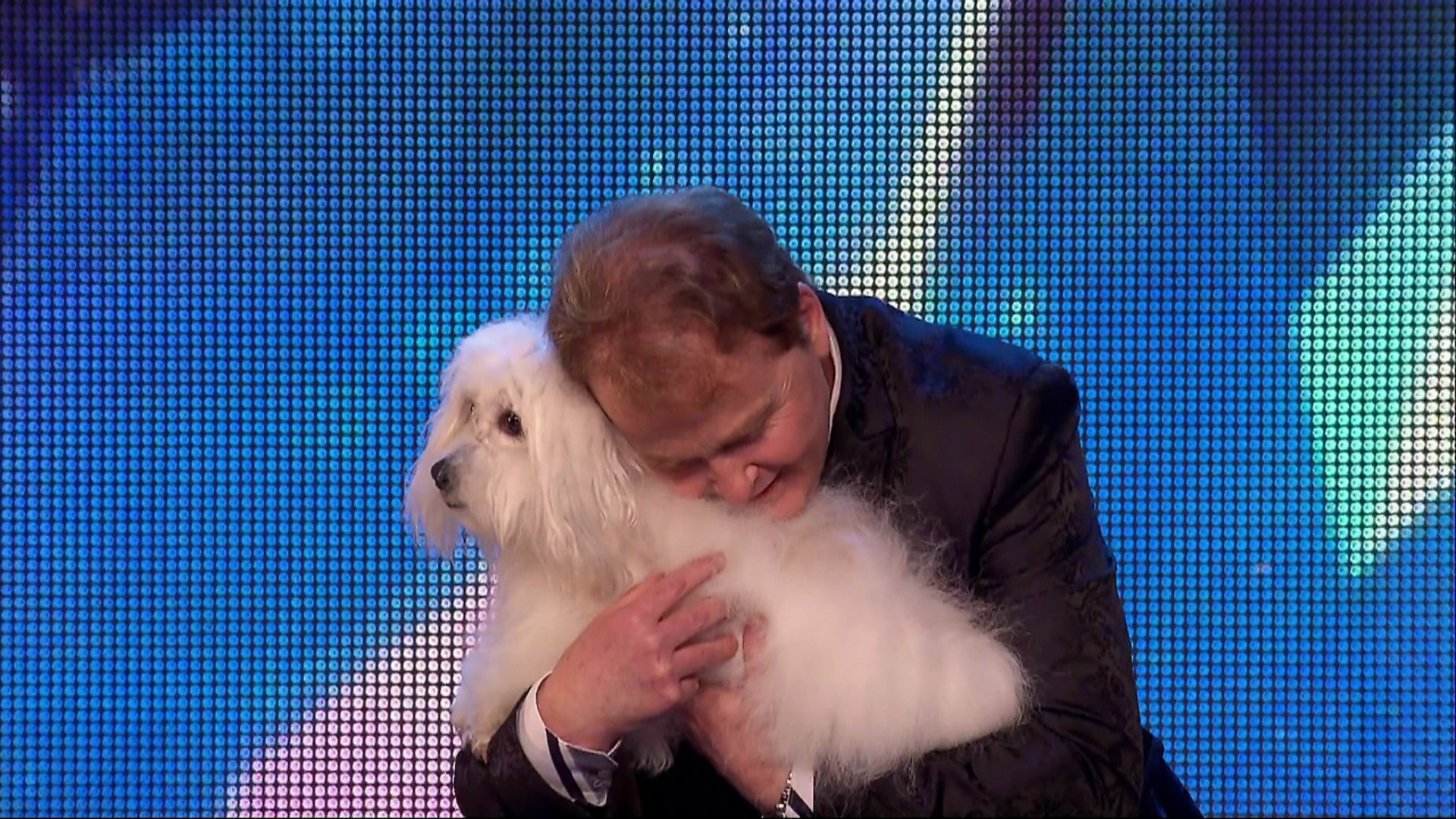 Equal parts playful and poignant, the 12-strong dance group from Hull performed to a medley of songs, initially pretending to not know how to dance then putting on an energetic routine that culminated in them stripping down to bras, granny pants and Union Jack nipple tassels. “Ladies, that has made my day,” said Alesha Dixon. “You are giving confidence to women and it’s powerful.”

Amanda Holden agreed: “I feel really emotional. It’s brilliant to see a group of women doing this. You make us proud to be women.” 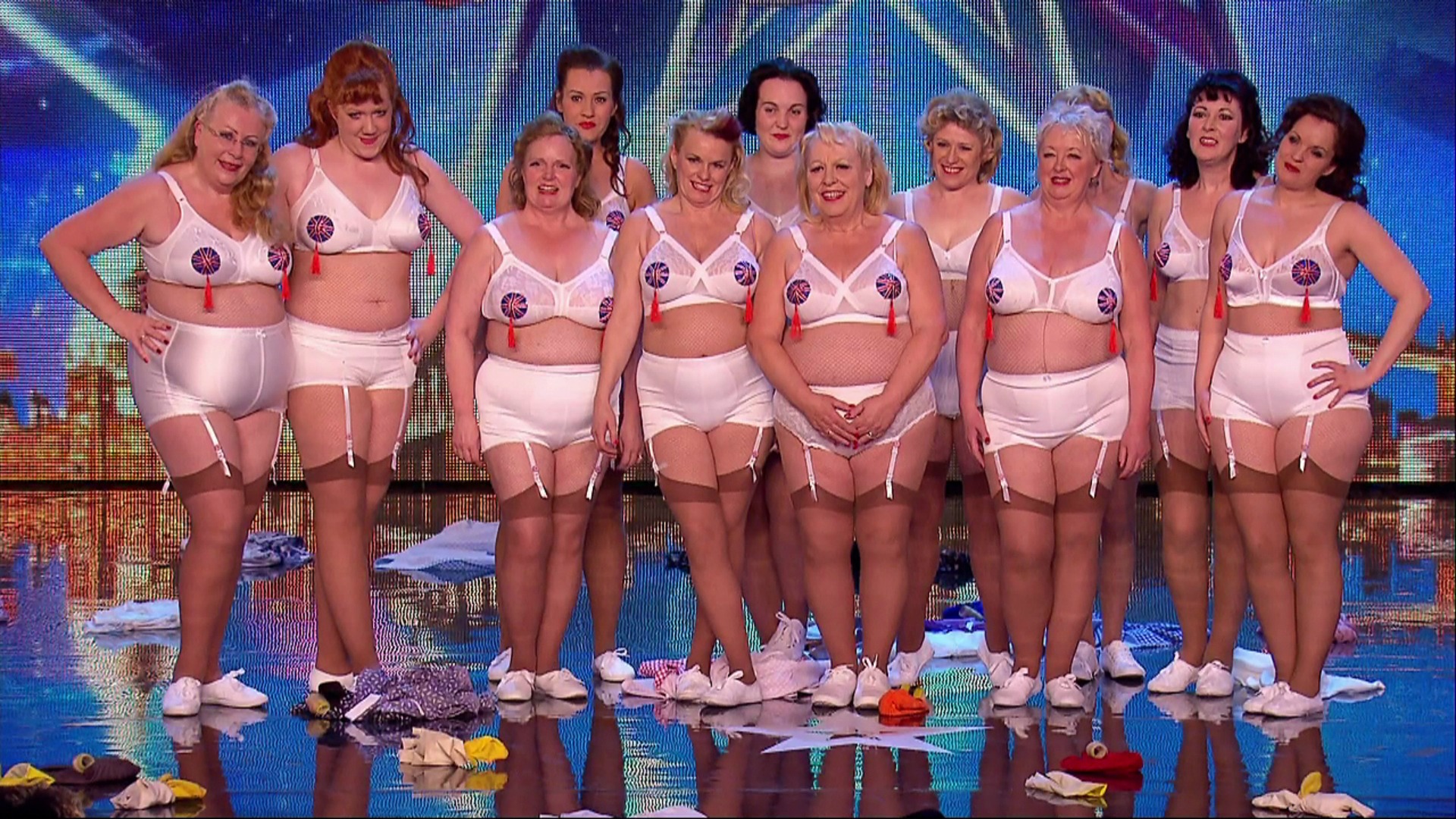 Britain’s Got Talent continues next Saturday, April 18 on ITV1.

Is Stacey Dooley the new Louis Theroux?
Is Ninja Warrior UK the show Gladiators fans have been waiting for?
The return of TFI Friday most exciting TV news of the year